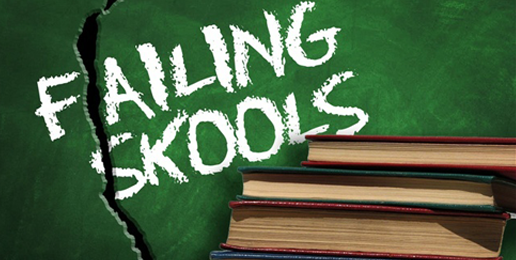 English and Math Proficiency Takes a Back Seat to LGBTQ Propaganda
Written By John Biver   |   05.09.18
PRINT

Here was the headline: “Only 33 Percent of Students Proficient in English, Math.”

Last month, IFI’s Laurie Higgins wrote: “Devilish Details in School Sexuality-Indoctrination Bill.” And in a recent IFA Spotlight podcast, Higgins discussed the Illinois state senate’s approval of the bill mandating the teaching of “Leftist assumptions about deviant sexuality” in government-run schools. It also requires that eighth grade children will have to be tested on them “in order to move on to high school.”

Let us back up for a minute — here is Higgins explaining the legislation that recently passed the state senate:

Exploiting taxpayer funds and captive audiences of children constitutes the most egregious form of propaganda imaginable. This outrageous effort to use children and public monies to advance a Leftist ideology must be opposed with the kind of fervor and tenacity usually demonstrated only by Leftists.

If passed, the ideologically-driven school sexuality-indoctrination bill—also known deceptively as the “Inclusive Curriculum” bill (SB 3249)—would require not only that k-12 teachers teach about the “roles and contributions” of homosexuals and those who reject their biological sex but also to tell students about the sexual predilections of those contributors. In other words, when teachers teach about the accomplishments of Sally Ride or the plays of Oscar Wilde, they would have to discuss their disordered sexual feelings and life choices as well. I wonder if Leftists will require that students be taught that Wilde’s first homosexual encounter was with a 17-year-old when Wilde was 32.

Such propagandizing is “decidedly not the role of public schools,” Higgins explained.

SB 3249 has already passed in the senate and now awaits House approval.

Okay, let us fast-forward now to the new report from the U.S. Department of Education’s NationsReportCard.gov:

About two thirds of eighth graders in American government schools do not even rank as “proficient” in reading or math, according to the U.S. Department of Education’s recently released National Assessment of Educational Progress. In some districts, less than eight out of 100 students were proficient in either subject.

The results were hardly surprising to anyone who monitors the dismal state of what the government euphemistically refers to as “public education.” Indeed, the fact that even a third of American victims of government “schools” can be considered “proficient” in reading or math is more of a surprise. But even that minority may be attributable to the dumbed-down metrics used.

You can peruse the lousy Illinois test scores in that report as well.

Based on what you’ve just read, who could possibly think that the state of Illinois should mandate more LGBTQIA(etc.) propaganda rather than focusing on reading, math and science? Of course not! But to progressive lawmakers, there’s little that’s more important than the radical Leftist social agenda. Certainly not proficiency in the areas of study the schools are in existence to create.

This is also from the article linked at the opening of this post:

“The atrocious NAEP performance is only a fraction of the bad news,” explained George Mason University Professor Walter Williams, a longtime critic of the abysmal failure of public “education” in America. “Nationally, our high school graduation rate is over 80 percent. That means high school diplomas, which attest that these students can read and compute at a 12th-grade level, are conferred when 63 percent are not proficient in reading and 75 percent are not proficient in math.”

If parents don’t get involved quickly, there will be a day when student proficiency is higher in the history of the contributions of those identifying as part of the ever-growing LGBTQIA(etc.) cabal. Forget about proficiency in math when Oscar Wilde liked boys and wrote fiction! That day may already be here.

Of course, it’s not just this legislation that causes government schools to go astray from what used be their priority:

As The Newman Report and FreedomProject Media have documented extensively, the victims of government schools will be highly proficient in believing in global-warming alarmism, gender ideology, LGBT propaganda, globalism, humanism, socialism, and more. But as the latest NAEP results show, the schools are utterly failing to teach even the basics — reading, writing, and math — that would allow students to educate themselves.

“Parents,” the article concludes, “you have been warned.”

Take ACTION: Click HERE to send a message to your state representative to urge him/her to reject SB 3249, the effort to politicize curricula in order to advance biased and unproven beliefs about sexuality to young children in government schools. Contact them repeatedly!