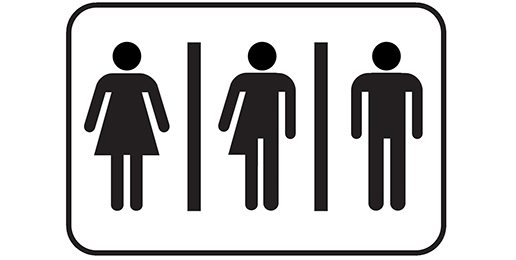 Against the wishes of the majority of community members who spoke at last night’s District 211 Board of Education meeting, the district capitulated to most of the Office for Civil Rights’ (OCR) demands with regard to the gender-rejecting boy who wants unfettered access to the girls’ locker room.

According to one attendee, approximately 80 percent of attendees who spoke opposed any capitulation to the leftist demands of the OCR, and yet within hours of the meeting’s conclusion, the agreement with the OCR had been posted on the school website, indicating that the “hearing” was merely for show. The Faustian bargain had already been struck and the school board held the charade of a hearing just to placate community members. Community members never really had a voice in the district’s momentous, ignorant, unjust, anti-science, anti-rationality, anti-sex decision.

The only small bit of good news is that the gender-rejecting boy at the center of the controversy still does not have unfettered access to the girls’ locker room. He may enter the locker room at will, but when changing clothes, must use private, curtained areas. Apparently any girls who wish not to be seen unclothed by him must use these areas also.

Now that a boy is allowed in the girls’ locker room, the district will provide what are essentially uber-tiny locker rooms within locker rooms.

In addition to forcing girls into privacy stalls if they don’t want to be in the presence of a boy while changing clothes in their own locker room, the district has caved to the almighty and highly politicized federal bureaucrats by agreeing to hire a consultant to make sure their capitulating efforts are sufficiently Leftist.

To ensure that the district’s efforts to pretend this boy is a girl are pleasing to Leftists, it must not only hire a consultant who is practiced at the art of deception but must also report back to the OCR begging for their approval and a forgiving kiss on the brown nose.

According to the agreement, the consultant must be an expert in “transgenderism” and “gendernonconformity,” which means the consultant must embrace Leftist assumptions about “gender identity.” Before the district may hire this consultant, it must be granted permission from the unelected, dictatorial, paternalists at the OCR.

You think my rhetoric is excessive? Well, chew on this excerpt from the agreement:

Reporting Requirement: Within 30 calendar days of the execution of this Agreement, the District will provide OCR with a written summary of the expert consultant it proposes to engage, including that individual’s application and resume and/or documentation concerning the individual’s previous position(s), employer(s) or professional affiliation(s).

The OCR has final approval of the Leftist consultant “nominee,” whose salary must be covered by the district.

Already, unbeknown to community members, the district has allowed gender-rejecting students to use opposite-sex restrooms, play on opposite-sex athletic teams, and change their names and sex on official school forms. This spanking new agreement forged in secret with no community input, however, also requires the following:

The ACLU, who represents this tragically confused boy, the OCR, and every other Leftist organization promoting ignorant beliefs about sexuality are also guilty of exploiting children. Lying homosexualists put children on the frontlines of an ugly cultural war against truth and then blame those who speak truth when children are bloodied.

Every board member who voted for this agreement should be voted out come their next election, and the cowardly superintendent should be fired.

While those efforts are underway, parents should seriously consider alternative educational options for their children. Public schools are only going to get worse.

If you believe in the mission and purpose of Illinois Family Institute, please send your most generous contribution to IFI today. IFI is supported by voluntary donations from individuals like you across the state of Illinois. Donations to IFI are tax-deductible.

(All gifts to IFI are tax-deductible.)

Perversity Harms Children and Perverts Education
b
a
x
r