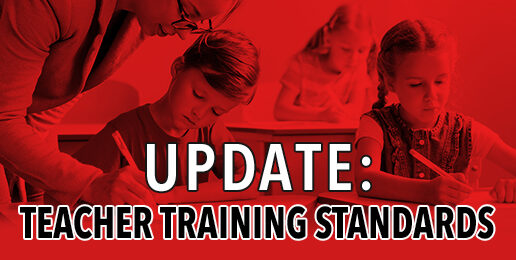 How far gone is Illinois? And by “gone,” I mean arrogantly and divisively leftist.

Well, despite statewide and even nationwide condemnation of the proposed “Culturally Responsive Teaching and Leading Standards,”  the Joint Committee on Administrative Rules (JCAR) failed to stop the controversial standards.

In a vote delayed by one day, JCAR voted 6-5 along partisan lines to, in effect, approve these standards, which will infuse the assumptions of Critical Race Theory/ identity politics/BLM into 1. all teacher-training programs, 2. all Professional Education Licensing (PEL), and 3. indirectly into all public school classrooms.

Not even yesterday’s plea from the left-leaning Chicago Tribune Editorial Board to JCAR not to pass these controversial standards—standards that the editorial board described as politicized—was sufficient to stop the Democrats in JCAR from further exploiting government schools for leftist propaganda purposes.

The standards were created by a committee hand-picked by the Illinois State Board of Education (ISBE), which is controlled by leftists. While having the effect of law, these standards constitute an amendment to existing school code, so they did not have to go through the normal lawmaking process, which would involve more transparency, floor debates in Springfield, and every Illinois lawmaker publicly voting.

In the wake of nationwide criticism of the “woke” standards, the ISBE issued a statement with this chuckle-worthy, chuckleheaded claim:

The standards were developed by a diverse group of educators from around the state.

Just curious, how many in this “diverse group of educators” are critics of Critical Race Theory and BLM, or find fault with the ideas of Ibram X. Kendi, Ta-Nehesi Coates, and Robin DiAngelo?

This is a transparent effort to mollify and silence critics of the infusion of leftist beliefs on race, American history, homosexuality, and “trans”-cultism into curricula. But “deplorables” are not stupid. We all know that “teacher preparation” is intended to and will shape both professional development and curricula.

As a result of the widespread condemnation of the leftist-created standards, the ISBE begrudgingly tossed an insignificant sop in the direction of Illinoisans who oppose the divisive politicization of education. Nervous ISBE leftists changed the word “progressive” to “inclusive.” For example, here is an original pre-condemnation sentence from the standards:

The culturally responsive teacher and leader will … Embrace and encourage progressive viewpoints and perspectives that leverage asset thinking toward traditionally marginalized populations.

The culturally responsive teacher and leader will … Embrace and encourage inclusive viewpoints and perspectives that leverage asset thinking toward traditionally marginalized populations.

As I wrote last week, the unelected wokesters on the ISBE committee that created these radical standards think Illinois conservatives are stupid. They think we don’t realize that their definition of “inclusive” excludes conservative viewpoints.

They also think conservatives won’t notice the inclusion of the adverb “traditionally,” which necessarily excludes contemporary marginalized populations, like the theologically orthodox Christian population, which is today excluded, hated, and cancelled.

In another document, the ISBE makes another chuckle-worthy, eye-roller of a statement about the effects of these new ideological diktats:

The standards will help combat the teacher shortage. They will help educators become better teachers and experience higher job satisfaction, which makes them more likely to stay in the profession.

Here are just a few of the controversial ideas that Illinois will now force teacher-training programs and professional licensure to impose on all future “teachers, school support personnel” and administrators. Please note, that “identities” include homosexuality, cross-sex impersonation, and “gender fluidity”: