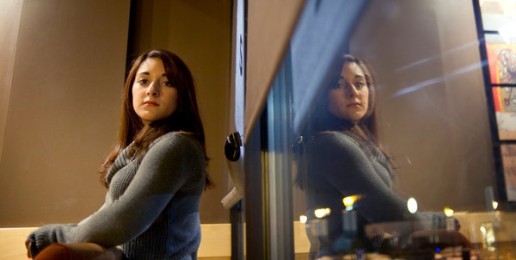 September 17 marks the beginning of Constitution Week, a commemoration of the adoption of the U.S. Constitution in 1787. Three area high schools are celebrating this historic occasion by inviting atheist teenager Jessica Ahlquist to speak to students in American government and history classes about her successful lawsuit against her high school. Last year, she successfully sued her Rhode Island high school to force it to remove a banner on which a prayer was printed. The prayer was written by a 7th grade student, placed on the banner, and presented as a gift to the school 49 years ago.

The three schools that have invited Ahlquist to speak and are reportedly each paying Ahlquist a $400 honorarium are York, Waubonsie Valley, and Downers Grove North. Additionally, students from Metea Valley will be bussed to one of the three schools for her presentation.

York and Waubonsie Valley high schools sent out permission slips to parents, permission slips that failed to include any information whatsoever about Jessica Ahlquist, the specifics of her lawsuit, or any details regarding the topics she would be addressing or the learning objectives her presentation is intended to fulfill.

One goal of these efforts is to provide students with an opportunity to learn about relevant, modern-day issues surrounding the Constitution that they can more readily engage with because they are talked about by the very people who are at the heart of these cases. Another key goal is to promote critical thinking about these issues and to help students develop an appreciation for the complexities inherent in interpreting the Constitution. (emphasis mine)

When asked about Ahlquist’s presentation, Waubonsie Valley Social Studies Department Chair Lorie Cristofaro stated that “the purpose of the optional presentation is so that students may see that the US Constitution, which is the foundational document for our country’s government, is still relevant today.”

But when I contacted the Citizen Advocacy Center who invited Ahlquist, paid for her flights and hotel, and offered her to these three schools, I was told that since Ahlquist is only 17 years old, “she won’t be able to speak articulately on the First Amendment issues” but rather that she would be talking about advocating for an issue about which she cares deeply and about being bullied.

Since there was no mention of bullying in the permission slip to parents or by administrators at either York or Waubonsie Valley, will they ensure that Ahlquist restricts her presentation to constitutional issues and that she not discuss bullying? Of course, bullying is an important issue but unrelated to the constitutional issues about which Ahlquist was ostensibly invited to talk.

In public statements, Ahlquist has explained what issues she cares deeply about:

I would definitely say that being an atheist is a big part of my identity, mostly because I’m an activist….I wouldn’t say that I go shoving atheism down anyone else’s throat. I just feel passionate about activism and specifically activism for atheism.

Ahlquist’s public statements seem to bear out what the Citizen Advocacy spokesperson shared with me about her inability to speak articulately about First Amendment issues. Ahlquist said this about the banner she opposed:

It seemed like it was saying, every time I saw it, ‘You don’t belong here.’

Here is the prayer that “seemed” to be telling Ahlquist that she didn’t belong in the auditorium—or the school; I’m not sure which:

Grant us each day the desire to do our best.
To grow mentally and morally as well as physically.
To be kind and helpful to our classmates and teachers.
To be honest with ourselves as well as with others.
Help us to be good sports and smile when we lose as well as when we win.
Teach us the value of true friendship.
Help us always to conduct ourselves so as to bring credit to Cranston High School West.

After the court decision, Ahlquist tweeted:

*[Jessica] Is dancing her brains out and annoying her family*

we WON. As in lawsuity goodness!

Surely our educational establishments can find more substantive speakers to enlighten our students on constitutional issues.

A few brief words about liberals’ obsessive exploitation of bullying:

Ahlquist reportedly has been on the receiving end of vicious verbal attacks and threats. Although I don’t believe Jessica Ahlquist should be addressing bullying in a presentation that is being promoted as a presentation on constitutional issues, I do believe that the way she has been treated by some in her community is reprehensible. If we hope to have a civil society in which diverse people can exercise their First Amendment rights, we must stand firm against abusive words and actions, particularly when the victims are young people.

This is how it works:

When teenagers (and even adults) hear the painful stories of those who have been mistreated, most will feel sympathy and a desire to alleviate their suffering—or at minimum, a desire not to exacerbate their suffering. Those who hear these stories of mistreatment do not distinguish between the bad feelings that result from real mistreatment and the bad feelings we experience when we encounter disagreement. Since both bullying and disagreement result in bad feelings, students often fail to distinguish between the two. The goal of transgressive activists and teachers who see themselves as “agents of change” is to make students feel as if their philosophical disagreement with ideas is tantamount to bullying people.

So, if Jessica Ahlquist were to tell students about being bullied, students would be less inclined to increase her suffering by expressing their disagreement with her atheism or her political cause. This ploy is most often used in public schools in the effort to silence expressions of disapproval of homosexuality.

During Constitution Week, there is no need to import a teenager who according to the sponsors of the event itself is unable to adequately discuss constitutional issues, particularly when Illinois has an abundance of scholars who can expertly discuss “modern-day” constitutional issues. I might suggest that next year, social studies teachers from York, Waubonsie Valley, and Downers Grove North high schools invite Joseph A. Morris or someone from the Thomas More Society, all from right here in Illinois.

Take ACTION:  If you object to the invitation of Jessica Ahlquist or the inadequacy of the permission slips sent to parents, please click HERE to express your views respectfully to the administration and school board members of York, Waubonsie Valley, Downers Grove North, and Metea Valley high schools, and forward this article to friends and family who live in those communities.