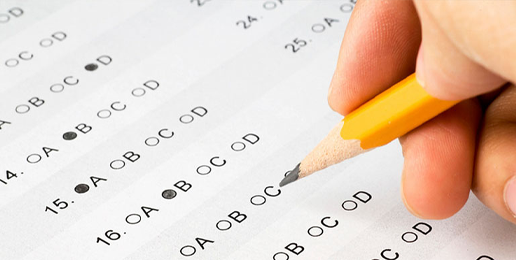 In 2013 Michael Cohen of Achieve, Inc. (an organization integral to developing and marketing the Common Core national standards) testified in New York that Common Core is a long-term education experiment on our children: “The full effects… won’t be seen until an entire cohort of students, from kindergarten through high school graduation, has been effectively exposed to Common Core teaching.” Four years later we may not be seeing the full effects, but heaven help us when we get there.

The most recent red flag comes from the Progress in International Reading Literacy Study (PIRLS), an international assessment of the reading skills of representative samples of fourth-graders. As reported by the Washington Post, the 2016 PIRLS results show U.S. students tumbling from fifth in the world to thirteenth. Scores fell by seven points from those achieved by fourth-graders in 2011, the last time scores were released.

Hmm. What could have happened in schools between 2011 and 2016 that might have affected the academic performance of eight-year-olds? A Harvard education professor speculated that the 2009 recession and that old reliable — poverty — could have been the culprits. Education Secretary and on-again off-again Common Core supporter Betsy DeVos couldn’t identify a specific factor but suggested we need to “rethink school.”

Maybe. But Latvia — one of Europe’s poorer countries — outperformed the U.S. And the school structure that DeVos says we should rethink was pretty much the same in 2016 as in 2011. So what could it be?

Employing Occam’s Razor, we might ask how instruction changed in most states during that time. Fourth-graders in 2011 had had little if any exposure to the Common Core standards, which were released in 2010. Fourth-graders in 2016, though, had had at least several years’ experience with Common Core training. And now we know they can’t read as well as their older siblings read at their age.

The Post article didn’t mention Common Core, but EducationDIVE did ask uncomfortable questions about why the national standards don’t seem to be leading to the promised transformation of American public education (or at least transformation in a positive sense). The responses of the Common Core developers and other proponents, appropriately mocked by Shane Vander Hart at Truth in American Education, cited ineffective teacher-training and a delay in creating good curriculum to go with the standards.

Richard Innes of the Bluegrass Institute in Kentucky (the first state to adopt Common Core, even before the standards were released) focuses on another troubling but predictable aspect of the PIRLS results: that the biggest decline in achievement occurred among already lower-performing students. Innes explains: “That isn’t a surprise to those who know that research going all the way back to the Lyndon Johnson era shows that Progressive Education fad ideas are least effective with less advantaged students. The adoption of Common Core was accompanied by many schools adopting Progressive Education programs, unfortunately, and PIRLS seems to indicate that Johnson era research on education still rings true today.”

So let’s review the landscape. Years into the implementation of Common Core we see flatlining or declining scores on the National Assessment of Educational Progress (NAEP) (see here and here), decline in college-readiness the longer students are exposed to Common Core training, and now the sad PIRLS results. Great job, guys.

Presumably Mr. Cohen and others who have an interest (either financial or reputational) in Common Core’s success will insist on staying the course until our children endure that full 13-year cycle of Common Core training, K through 12. Indeed, Common Core financier Bill Gates is pledging to pour even more money into standards-aligned curricula and teacher-training to slap lipstick on this pig.

If these people really cared about the education of children, they would be conducting a sober analysis of why Common Core failed and how we can rescue as many children as possible from the ruins. But it’s not about the children. It never has been. It’s about ego-driven, hubristic experimentation to centralize control over education for the benefit of multiple special interests. If things get bad enough, they’ll move on to the next well-funded experiment. Pity the poor child who will be stuck there the entire 13 years.

This article was originally posted at The American Spectator

Should Tax-Payer Dollars Be Used for Private School Instruction?

MENstruating Men
b
a
x
r