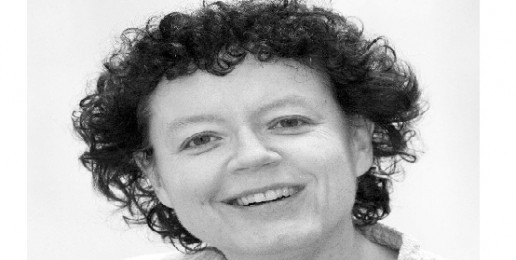 I was disappointed to read Julia Keller‘s article “Don’t read that: The secret lives of book banners” in Sunday’s Chicago Tribune. Julia Keller is the erudite literary critic for the Trib whose reviews of books are delightful, fresh, and insightful gems of writing in and of themselves. There were glimmers of her humor and story-telling skills in the anecdote, rich with evocative imagery, about her mother’s peremptory seizure of Keller’s stash of true-crime novels. Unfortunately, Keller’s hearty, unequivocal endorsement of the American Library Association’s (ALA) farcical Banned Books Week lacks the insight and complexity of thought I’ve come to expect from Keller.

Here are her arguments:

Here’s what she fails to address:

Most purported “book banners” are not asking that books be banned. Parents are not asking that the government engage in prior restraint or that book stores refuse to carry controversial books. Rather, parents of young children are requesting that libraries not purchase children’s books with extremely controversial ideas and language or that such books be shelved separately so that young children cannot access them without parental knowledge and permission. And they are asking that teachers not read controversial picture books to young children who could not understand the presuppositions implicit in them even if teachers were to unpack them, which they wouldn’t because “progressive” book banners would likely have a conniption if they did.

In the case of high school, parents are requesting that teachers not teach books with extremely profane or obscene language or sexually graphic imagery. In her condescending dismissal of parental concerns with profanity, sexual content, and anti-religious sentiment, Keller doesn’t even attempt an argument. She just sighs, “predictable.”

She refuses to engage the substantive argument that repeated exposure to such language and imagery desensitizes human beings to their offense and that teaching texts that include such elements undermines societal disapproval of them, all of which will contribute to the coarsening of the culture.

She fails to respond to the belief that public educators should reinforce the values they claim to hold through school policies that prohibit both students and staff from using profane or obscene language.

She fails to address the real possibility that a teen who reads books that explore the pleasures and moral legitimacy of promiscuous sex will more likely embrace promiscuity than will a teen who reads books about ax murderers come to embrace murder, particularly when virtually every other cultural media, from music videos to advertising to magazines to television shows to films to video games, promulgates the same message.

Is Keller arguing that public school teachers and librarians should never take into account the nature and extent of profanity, obscenity, and images of sexuality in texts or an author’s anti-religious sentiment when making curricular or library collection decisions?

In the case of controversial ideas — as opposed to profane or obscene language or sexually graphic imagery — parents are requesting that teachers present the voices of experts from all sides of cultural debates or none. Currently, many teachers use curricula to advance their own social and political values. To curtail that misuse of curricula and to facilitate critical thinking, teachers should be required to provide relative ideological balance in the texts they choose. This would help put an end to the pervasive and untenable banning of resources that express conservative views on controversial topics.

The lack of sophistication and complexity in Keller’s predictable arguments surprises me. Increasingly, challenged books are not books that contain an occasional racial epithet, profane word, or non-explicit reference to sexuality. Keller seems to employ a red herring argument when she cites To Kill a Mockingbird and Adventures of Huckleberry Finn while, for example, ignoring a play like Angels in America that includes extraordinarily obscene language and graphic sex and whose author Tony Kushner displays some rather virulent anti-religious sentiment.

In addition, she fails to acknowledge that many of the most frequently challenged books are ones that affirm controversial ideas about homosexuality, and that many of those are picture books intended for very young audiences. The frequently challenged books Heather Has Two Mommies and King and King embody unproven ontological and moral claims that many parents consider radical, subversive, and perverse. The implicit claims are far too abstract and complex for the very young audience for whom these picture books are intended, which leaves just squishy, emotional non-arguments to shape the feelings of young children. I think this could reasonably be called propaganda. Books like these have the potential to affect how young children feel and think about homosexuality — a subject that parents should not be compelled to discuss with their children at an age they consider too young.

For those who believe that homosexuality is not ontologically analogous to race and that volitional homosexual acts are profoundly immoral–as immoral, for example, as polyamory — having their children exposed to positive images of or ideas about homosexuality represents a grave and presumptuous moral offense. Imagine this scenario: Parents discover that during library time, their child has chosen the book Heather Has Two Mommies and Three Daddies or Heather Wishes She Knew and Could Be Raised by Her Biological Mommy and Daddy or Heather is Sad Because Daddy left Mommy So He Could Disfigure His Body and Wear Women’s Clothes. Even better, imagine that a kindergarten teacher has read one of these books to a class unbeknown to parents. It’s an interesting speculative exercise to guess who in this scenario the book banners would be. If Keller’s arguments are valid, then no one need worry. Children will not become polyamorous from reading these books; nor will they come to believe that children are entitled to a mommy and a daddy; nor will they come to view “transgenderism” negatively. Moreover, “banning” these books will only make them more alluring.

“Book banners” come from all ideological stripes, and right now “book banners” from the wildly misnamed “progressive” ideological stripe control the ALA, the National Education Association, departments of library science, curricula and development committees, and school administrations. Just try to get a school library to order a book like Same Sex Matters: The Challenge of Homosexuality; Homosexuality and American Public Life; Light in the Closet: Torah, Homosexuality and the Power to Change; or Homosexuality and the Politics of Truth. Or try to get a teacher to have students study the eloquent essay by Professor Anthony Esolen entitled “A Requiem for Friendship” alongside their teaching of the poorly written polemic, The Laramie Project.

It strikes me as disingenuous and inconsistent for those like Keller who clearly love language and believe in the power of language and stories to touch the imagination and transform lives to refuse to acknowledge that Heather Has Two Mommies or Angels in America have the capacity to change perspectives on controversial issues or desensitize readers to profane or obscene language.

Should the ALA collectively be considered an organization committed to book banning because their Collection Development Policies serve to prevent any books that do not view homosexuality as analogous to race and morally equivalent to heterosexuality from being purchased?

The answer to the last question should be obvious.