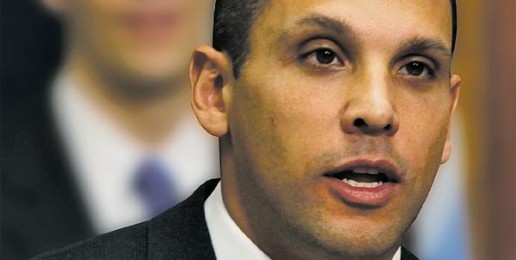 This week Illinoisans were greeted with the news that the new CEO of Chicago Public Schools, Ron Huberman, self-identifies as homosexual. Mayor Richard Daley’s choice as head of the third largest school district in the nation, one that serves more than 400,000 students, has revealed both his ignorance about and involvement with sexual perversion.

This is exactly what students who already suffer from significant disadvantages don’t need: a leader, and therefore role model, who affirms sexual deviance and who in his personal life volitionally engages in immoral conduct.

What a terrible example he sets, particularly for young men. I’m sure that Huberman possesses many admirable traits, but his sexual conduct is not one of them. There are no perfect people, and therefore there can be no perfect leaders, but possessing flaws and affirming immorality are two entirely different things.

It’s one thing to make mistakes or to engage in immoral acts-both of which every person does every day. It’s quite another thing to fail to make proper distinctions between what constitutes right and wrong or moral and immoral behavior. Someone who asserts that immoral behavior is moral is neither a good leader nor a proper role model for anyone let alone impressionable children.

Whereas in many professions one’s views on sexuality and one’s sexual conduct would be irrelevant, in the field of education it is highly relevant. As educators continually affirm to themselves and the public, they teach the “whole child.” In fact, that is one of the serious problems in public education: public educators increasingly arrogate to themselves areas of life that are decidedly not their business.

First, Huberman will be called upon to superintend issues related to how homosexuality is addressed in Chicago public schools. Second, Huberman serves as a public role model. His open, unapologetic, unrepentant appropriation and affirmation of sexual deviance as morally defensible and central to his identity vitiates any legitimacy as premier educational leader in Chicago that his admirable qualities may have otherwise conferred on him.

How will Huberman respond to the proposal for a high school that affirms homosexual and cross-dressing behaviors if it’s resubmitted later this year? How will he respond to a proposal for a school that embodies the very same controversial, unproven, and destructive theories on the nature and morality of homosexuality that he holds?

Chicago’s children deserve far better. They deserve a leader who demonstrates discernment, wisdom, and integrity in one of life’s most profound aspects: sexuality.