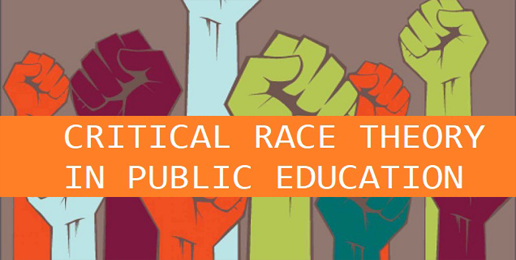 A new regulation proposed by Joe Biden’s Department of Education would further weaponize federal funding to schools in an effort to promote fraudulent history and more “Critical Race Theory” indoctrination.

The widely condemned “Theory,” designed to encourage racism and division among Americans under the guise of fighting “white privilege,” is already ubiquitous in government schools nationwide. But under Biden’s executive order, federal funding would be prioritized for indoctrination centers that impose it more vigorously.

The proposed new federal regulation, justified under an “executive order” from Joe Biden, would provide financial incentives to government schools that impose “culturally responsive teaching and learning,” according to the text. Analysts widely condemned the phraseology as code for teaching “Critical Race Theory,” or CRT.

The scheme would create new “American History and Civics Education programs” that would offer grants to supposedly “improve” the “quality of American history, civics, and government education.” That will be to help emphasize, among other ideas, the “vital role of diversity in our Nation’s democracy,” the text says, ironically failing to identify America’s actual form of government (a Republic).

In addition, the proposed regulation would create a “National Activities program” to “promote new and existing evidence-based strategies to encourage innovative American history, civics and government, and geography instruction, learning strategies, and professional development activities and programs for teachers, principals, or other school leaders.”

Yet another priority would be to fund projects in schools that “incorporate racially, ethnically, culturally, and linguistically diverse perspectives into teaching and learning,” according to the document. It then goes on to cite “systemic racism” and the New York Times’ debunked 1619 Project as reasons why this is supposedly needed.

“Our Nation deserves an ambitious whole-of-government equity agenda that matches the scale of the opportunities and challenges that we face,” the rule continues, quoting from an illegitimate executive decree issued by Biden purporting to underpin the scheme.

As part of this whole-of-government approach to fundamentally transforming America, “schools across the country are working to incorporate anti-racist practices into teaching and learning,” the Department of Education rule continues before quoting fringe racist activists such as Ibram X Kendi. Anti-racist, of course, is code for racist.

To get the federal money, government schools must have indoctrination programs that “take into account systemic marginalization, biases, inequities, and discriminatory policy and practice in American history,” the rule continues.

In other words, federal funding would begin flowing to new programs that would seek to further re-write U.S. history and civics. And then, it would go to brainwash teachers and “education” officials, for the purpose of ensuring that they indoctrinate their victims with this fraudulent view of America and its history.

Another key component of the rule is teaching children how to identify “misinformation.” However, in reading the text and understanding the extreme left-wing views of the bureaucrats behind them, it is clear that the plan is actually to teach children not to trust information that contradicts the official narrative. If they were truly identifying misinformation, The 1619 Project—debunked by the Times’ own fact checker—could have served as Exhibit A.

Critics are sounding the alarm. “This is the most significant move by the federal government to redefine the nature of state-funded public schools in U.S. history,” warned Kimberly Hermann, general counsel for the public-interest law firm Southeastern Legal Foundation in Atlanta.

In a widely cited analysis published by PJ Media about the proposed rule, she warned of the dangerous implications. “The initial goal is the indoctrination of young minds, but the long view is to aggregate power behind an alien political worldview that fed the dehumanizing machines of the Soviet Union and communist China,” Hermann said.

This Communist Chinese-style weaponization of government schools to teach fake history and racial resentment is going to lead to tragic consequences for individuals, families, and all of society. However, every parent can and must take urgent steps to protect their children now — and that means getting them out of the government’s indoctrination centers immediately.

This article was originally published by FreedomProject.com.