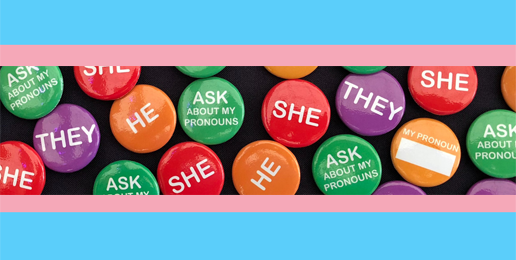 Exeter High School in New Hampshire is being sued by a Catholic student (identified in the lawsuit as M.P.) who was suspended from playing in a football game because in a private conversation, off school grounds, initiated by a “progressive” student, M.P. expressed his view that there are only two genders: male and female. To be clear, by “genders,” he meant sexes. Until recently when the “trans”-cult redefined “gender,” the term was synonymous with “biological sex.”

The conversation was precipitated by an incident in Spanish class when a student declared that he or she is “nonbinary” and wished to be addressed by the third-person plural pronoun “they.” On the bus ride home after school, M.P. and his friends were discussing the “difficulty of addressing a non-binary person in Spanish,” which has two gendered words for “they”: “ellas” and “ellos.”

A girl identified as A.G. interrupted their conversation to assert the silly idea that there are more than two “genders.” After M.P. got off the bus, A.G. texted him to resume the debate during which she demanded M.P. “Give me one valid reason why there’s only two genders.”

That’s like demanding someone give her a valid reason why there are tigers. Tigers—like boys and girls—just are.

A.G. then sent the text conversation to Vice Principal Marcy Dovholuk, also known as Big Brother Sister Genderless Sibling. She decided from on her high horse that no student is permitted to express his or her true, scientifically verifiable belief that humans, like all other mammals, are either male or female. One wonders what orders Dovholuk has issued to Exeter’s biology teachers.

The next day, M.P. was pulled out of a morning class by Dovholuk and varsity football coach Bill Ball and suspended from the next football game for,

failing to respect another student’s gender pronouns and for ‘inappropriate language’ used in his texts, such as “bozo” and “stfu.”

As someone who worked in a public high school for a decade, I can say with confidence that no student is suspended for calling someone a “bozo” or saying “stfu” in class, let alone in a text message after school.

When M.P.’s mother objected to the suspension, saying that her son had done nothing wrong, Ball replied, “‘I know, but times are changing.’” Truer words were never spoken. Right is now wrong, and wrong is right. Imagine if Ball had had the spine to object instead of capitulating.

Even in the phantasmagorical Transtopia that leftists are socially constructing, A.G. misused the term “gender.” In Transtopia, “gender” is the aggregate of behaviors, roles, and conventions arbitrarily associated with one of the two biological sexes. A. G. likely meant “gender identities,” which in Transtopia, are the subjective, internal feelings one has about one’s maleness, femaleness, both, or neither. “Gender identity” has no objective, material reality. A. G. interrupted M.P.’s discussion about the two sexes with an entirely irrelevant comment about “gender identity.”

Here are several questions for the Exeter administration and school board:

The verb “respect” means to hold something in esteem or to feel deferential regard for something. No public school has a right to demand that students “respect” any aspect of the “trans” ideology or of any behavior related to it. And no public school has the right to demand that only conservative students refrain from expressing their ontological, theological, moral, or political views of “trans”-cultism, while permitting “progressive” students to express theirs.

There is nothing progressive about “Progressives.” Their sexuality ideology is an odd mixture of paganism and Gnosticism, and their political tactics are those of all oppressive regimes. The Exeter tattle tale A. G. is like one of the two kinds of “whisperer” (sheptun) in the former Soviet Union who “informs or whispers behind people’s backs to the authorities.” Normal Americans are becoming the other kind of “whisperers” (shepchushchii) in the former Soviet Union, the ones who “whisper[ed] out of fear of being overheard.”