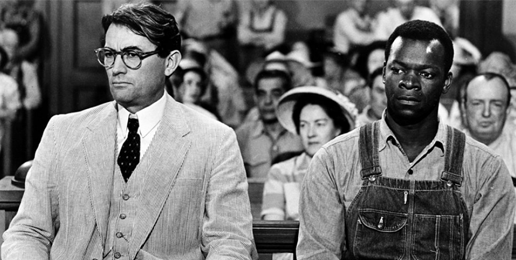 Let’s get this straight.

Obviously the woman should always be believed. Obviously the female accuser is always right. Obviously Atticus Finch was a slimy misogynistic lawyer who defended an obviously guilty and deranged psychopathic rapist. Ditto for Emmit Till’s accuser. And of course, Brett Kavanaugh is guilty as charged.

Many are rightfully alarmed that the presumably well-intentioned “Me Too Movement” has spawned a dangerous societal shift that has resulted in mere accusations being sufficient to assume guilt absent any evidence. If one requires an explanation of this self-evident threat to basic principles, then that individual is beyond comprehension. There is, however, much more than meets the eye. While some predators such as Bill Cosby and Harvey Weinstein are facing justice, others are curiously ignored. Beyond that, political operatives have felt emboldened to weaponize this apparent degeneration of basic legal and moral tenets. The disgusting and deceitful behavior of the Democrats on the Senate Judiciary Committee during the Kavanaugh hearing is a most glaring example. The fact that credible charges, with corroborating evidence and witnesses, against Keith Ellison, Deputy Chair of the DNC, and candidate for Attorney General of Minnesota, are met with muted silence by his party and their cronies in the media, is a glaring example of the absolute malignancy of our poisonous political culture today. While some of the dimmer politicians naively believe they are championing a righteous cause, those that know better, yet continue to exploit a vicious political tactic that destroys both accused and accuser, are a vile and evil lot, undeserving to hold any political office. What more evidence is needed to show that political power and partisan advantage are the only principals valued by a group that deserves neither?

The list of sexual predators that never face accountability for their crimes is unfortunately and tragically long. The “Me Too Movement”, if managed properly, can play a vital role in insuring that that list is dramatically shortened. The list of lives destroyed by false allegations is also tragically long. Look up the Gary Dotson case from 1979 in Illinois. The lives and families of both accused and accuser were irreparably damaged. The two cases referred to at the beginning, one fictional ( “To Kill A Mockingbird” ), and one all too real in the case of Emmit Till, should serve as a dire warning of the danger to us as a society should we choose to go down this dark, slippery slope that will do nothing to alleviate the problem of sexual abuse. It will do everything to degrade and corrupt our relations with each other for a long time to come.