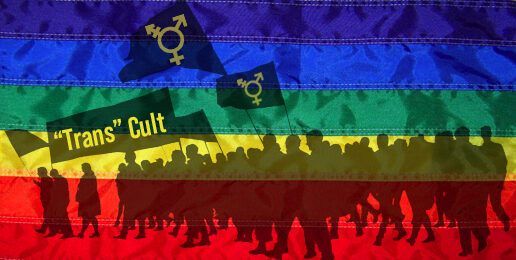 A 25-year-old man who pretends to be a woman was kicked off a community college campus in Texas and charged with a class C misdemeanor for allegedly choking a 17-year-old female student. Like the teen victim, the strange adult man who goes by the name Averie Chanel Medlock was a member of the women’s cheerleading team. Medlock complained that the teen girl said he is a man—which he is—and that he has a penis—which he presumably does. 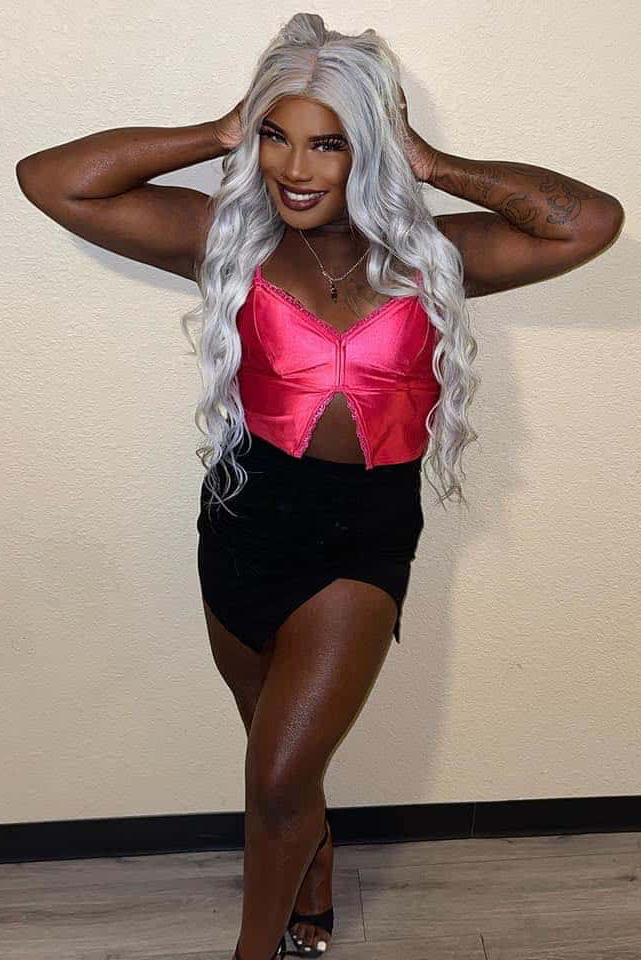 TopCats entertainment director, Chandalae Lanouette, offers this sorry justification for her decision to choose a man over a woman for a coveted spot on a female cheer squad:

My goal is to create a team of individuals that are absolute fire on the field but are incredible human beings in the locker room, good friends, good people, and at the end of the day, you have to walk through the door first to get to that spot.

I’m sure a male cheerleader is “absolute fire on the field” relative to female cheerleaders, what with all that lung capacity and all those bulging muscles. I’m not sure, however, how Lanouette defines “good people,” in that a man who sashays through a women’s locker room—undressed or dressed—is not engaging in good behavior. He’s doing something profoundly unjust, immoral, insensitive, and selfish.

“Justine” Lindsay continues the trend of men replacing women in women’s sports, thereby making a mockery of Title IX which is being abused to allow “transwomen”—formerly known as men—in women’s sports and locker rooms.

Ironically, as the “trans” cult continues its long march through our institutions, the harm being done by it and its sycophantic bootlickers continues to be exposed.

Detransitioners and their parents are telling their tragic stories on websites like Parents with Inconvenient Truths about Trans (PITT) and subreddits.

Men who claim to be women are being moved to women’s prisons where they’re raping women.

England’s National Health Service is shutting down its only child “gender” clinic, the (in)famous Tavistock clinic, which saw a 4,000 percent increase in children and teens being referred for treatment for gender dysphoria between 2009-2019. An independent review of Tavistock’s “Gender Identity Services for Children and Young People” concluded that there are “significant knowledge gaps … in relation to treatment with puberty blockers.”

On July 19, 2022, the chair of the review committee, Dr. Hilary Cass, acknowledged what critics of the quack use of puberty blockers for the “treatment” of gender dysphoria in children have been saying for years:

We do not fully understand the role of adolescent sex hormones in driving the development of both sexuality and gender identity through the early teen years, so by extension we cannot be sure about the impact of stopping these hormone surges on psychosexual and gender maturation. We therefore have no way of knowing whether, rather than buying time to make a decision, puberty blockers may disrupt that decision-making process.

A further concern is that adolescent sex hormone surges may trigger the opening of a critical period for experience-dependent rewiring of neural circuits underlying executive function (i.e., maturation of the part of the brain concerned with planning, decision making and judgement). If this is the case, brain maturation may be temporarily or permanently disrupted by puberty blockers, which could have significant impact on the ability to make complex risk-laden decisions, as well as possible longer-term neuropsychological consequences. To date, there has been very limited research on the short-, medium- or longer-term impact of puberty blockers on neurocognitive development. 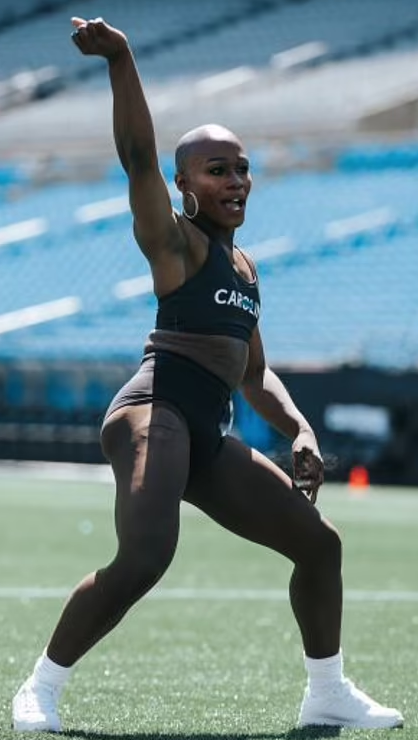 Deep-pocketed activists—like the corrupt Pritzker family—and medical profiteers, all of whom pretend to care about children as they experiment on them for their own selfish ends surely know there is no science to support the deceitful and fearmongering claims they make. But who needs science when leftists have been winning the culture through name-calling, stigmatization, de facto censorship, and good old-fashioned propaganda.

Leftist propaganda in the service of normalizing disordered feelings and deviant behaviors is ubiquitous. It poisons not just the professional medical and mental health industries but also the arts, social media, “news” media, businesses big and small, religious institutions, and the many-tentacled education monster. And that is where Florida’s remarkable governor comes in.

In April 2022, under Gov. Ron DeSantis’ leadership, the Florida Department of Health provided guidance based on evidence on the treatment of gender dysphoria for children and adolescents:

Due to the lack of conclusive evidence, and the potential for long-term, irreversible effects, the Department’s guidelines are as follows:

Then in June 2022, under Gov. DeSantis’ leadership, “The Secretary of the Florida Agency for Health Care Administration requested that the Division of Florida Medicaid review the treatment of gender dysphoria for a coverage determination.” The review set forth that “As a condition of coverage, sex reassignment treatment must be ‘consistent with generally accepted professional medical standards (GAPMS) and not experimental or investigational.’”

The review concluded the following:

Following a review of available literature, clinical guidelines, and coverage by other insurers and nations, Florida Medicaid has determined that the research supporting sex reassignment treatment is insufficient to demonstrate efficacy and safety. In addition, numerous studies, including the reports provided by the clinical and technical experts listed above, identify poor methods and the certainty of irreversible physical changes. Considering the weak evidence supporting the use of puberty suppression, cross-sex hormones, and surgical procedures when compared to the stronger research demonstrating the permanent effects they cause, these treatments do not conform to GAPMS and are experimental and investigational.

But Gov. DeSantis wasn’t done protecting children. Following the Biden administration’s extortion attempt to force schools to treat “trans” kids as if they are the sex they aren’t or lose federal money to feed impoverished students, DeSantis took action.

The purpose of this memorandum is to make you aware that the sub-regulatory “guidance” documents issued by the USDOE and USDA are not binding law, do not create any new legal obligations, and should not be treated as governing law. Indeed, the USDOE has even acknowledged in litigation that its guidance document is not binding or enforceable. …

The department will not stand idly by as federal agencies attempt to impose a sexual ideology on Florida schools that risk the health, safety, and welfare of Florida students.

The obsession of leftists with all things sexually deviant matters because truth matters. Their obsession with promoting evil as good is destroying the foundations of civilized societies. In their ignorance, leftists (and an increasing number of “Republicans”) believe that cultural approval of homosexuality, cross-sex impersonation, and sexually undifferentiated “marriage” has no bearing on the health of a country. And because of their ignorance, things are falling apart, the centre is not holding, and anarchy is loosed upon the world.