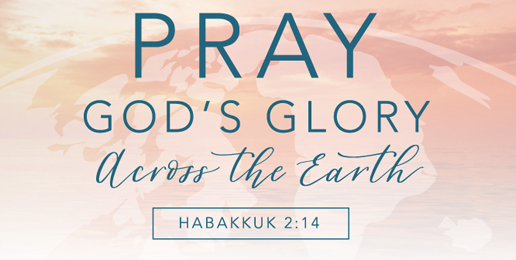 The National Day of Pray is Vitally Important This Year
Written By Christine Misner   |   05.05.20
PRINT

This National Day of Prayer, May 7, 2020, will be like no other. Since its inception in May 1952, under President Harry S. Truman, the day has been observed with large public events. While the COVID-19 pandemic has resulted in the shutdown of all public events, prayer has never been more essential and this important event will still take place – online.

Pastors from across the state told the Illinois Family Institute how important they feel it is to pray not only on the National Day of Prayer, but every day. Joey Krol, pastor of Galilee Baptist Church in Decatur shared, “One of the effective ways of measuring your spiritual walk is by examining how connected you are in prayer. Jesus said in John 15:5, ‘I am the vine; you are the branches. Whoever abides in Me and I in him, he it is that bears much fruit, for apart from Me you can do nothing.’”

Calvin Lindstrom, pastor of Church of Christian Liberty in Arlington Heights, pointed to the power of God. “So often we focus more on how feeble and inarticulate our words are rather than focusing on God’s mighty power,” Lindstrom said. “It is good that we know we have no power in our ourselves. It is good that we are humbled in the face of the problems we are facing. The power of prayer is that God has commanded His people to pray, and that nothing He determines to do can be frustrated.”

This National Day of Prayer comes at a perfect time as our nation faces a crisis like one not seen in generations. Sensing the urgency, Pastor Richard Giovannetti of Standing in the Word Ministries in Morris, told IFI, “With a desperate and hurting nation rapidly bleeding out her freedom, the words, ‘The Effectual Fervent Prayer of the Righteous Man Avails Much’ shout at us with critical urgency… ‘Is There Not A Cause?'”

Further calls for serious prayer came from Myles Holmes, pastor of REVIVE Church in Collinsville. “Seasons of national crisis call for Prophetic Prayer,” Holmes said. “Prophetic Prayer is intercession that calls for the purposes of God to be revealed so that His Kingdom will come and His Will is done. This includes help for His people, but is even more intent for His Glory to be revealed.”

David E. Smith, executive director of IFI, summed up why it is important we pray during this time. “We have a loving and merciful God of compassion who invites our prayers,” said Smith. “His Word tells us repeatedly to turn to Him in the midst of challenges and trials. We are encouraged to take shelter in Him as our refuge and our strength. He is our sure rock in the midst of any storm, the Light that pierces every darkness, and an anchor of hope for those who contend with despair. We should embrace every opportunity to bring our appeals before Him.”

Will Graham, an evangelist for the Billy Graham Evangelistic Association and the grandson of the late Billy Graham, will co-host the live-stream along with the National Day of Prayer Task Force President Kathy Branzell from 7-9 p.m. central time. Guests include Harry Jackson, Nick Hall, Gabrielle Odom, Luis Palau, Michael W. Smith, Rick Warren, and others.

Watch the event online at NationalDayOfPrayer.org or at facebook.com/natlprayer. It will also be broadcast on television via GodTV and DayStar, in addition to radio over the Moody and Bott networks.

This year’s theme is “Pray God’s Glory Across the Earth,” which is based on Habakkuk 2:14, “For the earth will be filled with the knowledge of the glory of the Lord as the waters cover the sea.”