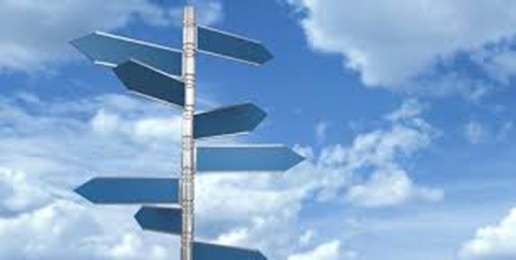 In the face of the sexual revolution the Christian church in the West now faces a set of challenges that exceeds anything it has experienced, of a similar magnitude, in the past. This is a revolution of ideas—one that is transforming the entire moral structure of meaning and life. These challenges would be vexing enough for any generation. But the contours of our current challenge have to be understood over against the affecting reality for virtually everything on the American landscape, and furthermore in the West. This revolution, like all revolutions, takes few prisoners. In other words, it demands total acceptance of its revolutionary claims and the affirmation of its aims. This is the problem now faced by Christians who are committed to uncompromising faithfulness to the Bible as the Word of God and to the gospel as the only message of salvation.

The scale and scope of this challenge are made clear in an argument made by British Theologian Theo Hobson. As Hobson acknowledges, “Churches have always faced difficult moral issues and they have muddled through.”[1] Some will argue that the challenge of the sexual revolution and the normalization of homosexuality is nothing new or unusual. He says, “Until quite recently I would have agreed,” but he also says “it becomes ever clearer that the issue of homosexuality really is different.”[2]

Why is such a challenge to Christianity different? Hobson suggests that the first challenge is what he recognizes as the either/or quality of the new morality. I agree with him that there really is no middle ground in terms of the church’s engagement with these hard and urgent questions. Churches will either affirm the legitimacy of same-sex relationships and behaviors or they will not. And the churches that do not will take a stand on the basis of a claim that God has revealed a morality to his human creatures in Holy Scripture.

The second factor Hobson suggests is what he calls “the sheer speed of the homosexual cause’s success.” As he describes it: “Something that was assumed for centuries to be unspeakably immoral has emerged as an alternative form of life, an identity that merits legal protection. The demand for gay equality has basically ousted traditionalist sexual morality from the moral high ground.”[3] That is a profoundly important point. Hobson is arguing that this revolution, unlike any other, has actually turned the tables on Christianity in Western civilization.

The Christian church has always enjoyed the moral high ground, understood to be the guardian of what is right and righteous, at least in Western societies. But what we are seeing now is a fundamental change. Hobson is arguing that this moral revolution, having turned the tables of Christianity, now robs the Christian Church of the moral high ground it had previously claimed. The situation is fundamentally reversed. For the first time in the history of Western civilization, Christianity appears to be on the underside of morality, and those who hold to biblical teachings concerning human sexuality are now “ousted” (to use Hobson’s word) from the position of high moral ground.

Hobson also rightly observes that this vast change in attitudes towards same-sex relationships and behaviors is not simply “the waning of the taboo.” As he explains:

It is not just a case of a practice losing its aura of immorality (as with premarital sex or illegitimacy). Instead, the case for homosexual equality takes the form of a moral crusade. Those who want to uphold the old attitude are not just dated moralists (as is the case with those who want to uphold the old attitude to premarital sex or illegitimacy). They are accused of moral deficiency. The old taboo surrounding this practice does not disappear but ‘bounces back’ at those who seek to uphold it. Such a sharp turn-around is, I think, without parallel in moral history.[4]

Hobson’s main point is that homosexuality “has the strange power to turn the moral tables.” And so what was previously understood to be immoral is now celebrated as a moral good. As a result, the Christian church’s historic teachings on homosexuality—shared by the vast majority of the citizens of the West until very recently—is now understood to be a relic of the past and a repressive force that must be eradicated.

This explains why the challenge of the moral revolution threatens to shake the very foundations of Christianity in the United States and far beyond. And yet, even as we understand this revolution to be a new thing, its roots are not recent. As a matter of fact, the church has seen the sexual revolution taking place turn by turn for the better part of the last century. What now becomes clear is that most Christians vastly underestimated the challenge this sexual revolution would present.

Dr. R. Albert Mohler Jr.
Dr. R. Albert Mohler Jr., serves as president of The Southern Baptist Theological Seminary – the flagship school of the Southern Baptist Convention and one of the largest seminaries in the world. Dr. Mohler has been recognized by such influential publications as Time and Christianity Today as a leader among American evangelicals. In fact, Time.com called him the “reigning intellectual of the evangelical movement in the U.S.” In addition to his presidential duties, Dr. Mohler hosts two programs: “The Briefing,” a daily analysis of news and events from a Christian worldview; and “Thinking in Public,” a series of conversations with...
Full bio and more from Dr. R. Albert Mohler Jr.
b
a
x
r