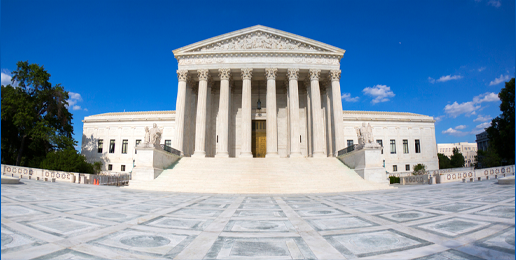 The U.S. Supreme Court fall term begins this month, and, as of now, it does not appear to be as action-packed for religious liberty as this past term. However, at least one important case is in the hopper, and several are in the pipeline.  And, of course, all is overshadowed by the presumed replacement of Justice Ruth Bader Ginsburg by Judge Amy Coney Barrett.

The case in the hopper is Fulton v. Philadelphia, dealing with whether Philadelphia can stop contracting with Catholic Social Services to perform foster care services because CSS refuses to place children with same-sex couples due to its religious beliefs. The case presents many interesting angles: practical, philosophical, personal.

a.) It is set to be argued on November 4.  Will Judge Barrett be confirmed by then?  If not, and there is a 4-4 split, will it be reargued?

b.) One issue presented is whether Employment Division v. Smith, Justice Scalia’s most notorious decision among many religious freedom advocates, should be overruled. Will Judge Barrett, a self-described Scalia acolyte, be inclined to overrule Smith?

c.) Of course, as we argued in our Fulton amicus merits brief, it is also quite possible to decide in favor of CSS without overruling Smith by taking the path of “hybrid” rights, i.e., that more fundamental rights are at stake than just free exercise.

d.) The city in its briefs before the Supreme Court has also shifted the focus of its defense, now principally arguing that there is much less religious freedom when the government is handing out contracts for a function for which it has primary responsibility.

A few petitions filed last term seem to have been held awaiting what the Court does with Smith in Fulton (if anything).  Foremost among them is Arlene’s Flowers (19-333), which involves a Christian florist who refused to provide floral arrangements for a same-sex “marriage” ceremony. This case has already been “gvr’d” (granted, vacated, and remanded) once for reconsideration in light of Masterpiece Cakeshop, and we argued in our amicus brief in support of the petition that, by requiring the florist to contribute to the ceremony on pain of penalty, she was being unconstitutionally compelled to speak and assemble in a ceremony to which she had religious objection.

Tensions between SOGI discrimination laws and religious freedom are also at play in several other cases in the pipeline. The petition in Patients for Privacy v. Barr (20-62) raises whether a school’s forced inclusion of opposite-sex identifying (“trans”) students in locker rooms violates other children’s bodily privacy rights and associated parental rights. Several lower courts have recently applied Bostock’s reading of sex to include “sexual orientation” and “gender identity” in Title VII (employment) to Title IX (school sports). This issue was specifically reserved by Justice Neil Gorsuch in his Bostock majority opinion, and it would give an interesting read on a freshly minted Justice Barrett.

Several cases are in the pipeline that could raise whether one of Justice Ginsburg’s most notorious decisions, Christian Legal Society v. Martinez, should be reconsidered and overruled. That 5-4 decision held that an “all comers” policy at a public university could trump a religious organization’s restrictions on its leadership. Putting to one side that there really is no such thing as a consistently enforced “all comers” policy at any public university (which almost all have fraternities and sororities, for example), the decision has received substantial criticism for violating the association/assembly rights protected by the First Amendment.  A Justice Barrett could provide the vote to overrule this precedent.

Another case that has been to the Court before and may shortly be back is Kennedy v. Bremerton School District, which involves a Washington state high school firing a football coach because he refused to stop kneeling at the center of the field with head bowed, by himself, after football games. The Court refused to consider the case in a preliminary injunction context, with a concurring opinion expressing sympathy for the coach but saying that the record needed to be further developed. He has now lost again, on a full record, at the Ninth Circuit. If en banc consideration is not granted, it will almost undoubtedly be the subject of another petition at the Court. If granted, it may provide a first opportunity for a Justice Barrett to indicate her reading of the scope of the Establishment Clause and its interplay with the Free Exercise Clause.

Covid 19 has put the Free Exercise Clause to the test in many cases challenging restrictions on in-person religious services.  The decisions so far have been presented in a preliminary injunction context, and the churches have lost, 5-4, with Justice Ginsburg always in the majority, on the issue of whether churches have been treated in a non-discriminatory fashion. Cases will likely be subject to petition soon that are past the preliminary injunction stage and may present other issues. For example, a Romanian Orthodox church just lost in the Seventh Circuit its challenge to Illinois’s 10-person maximum for indoor services, despite its meeting space holding thousands. Is a one-size-fits-all requirement irrational, especially when free exercise rights are involved? And California in many counties has prohibited in-person religious services entirely. Would a confirmed Justice Barrett tip the scales 5-4 in favor of the churches?

Of course, the primary focus on Judge Barrett’s confirmation hearings, whether expressly or implicitly, will be her likely vote on abortion cases. Several cases are in the lower courts that could be the subject of successful petitions during the term, as states have had laws enjoined that, for example, move back the latest gestation date by which abortions can take place and prohibit abortion due to sex or disability. One pending petition (20-93) raises the issue of whether an unborn child is entitled to equal protection, which does not seem likely to be granted.

Until his retirement from his partnership in Crowell & Moring LLP, one of the country’s premier government contracts firms, Rick Claybrook specialized in bid protest and claims litigation. Throughout the 40+ years of his career, Mr. Claybrook has been active in pro bono matters involving religious liberty and life issues. His experiences in this area have been broad and varied, from hearings before a zoning board to defend a small house church to filing multiple amicus briefs in the United States Supreme Court and other state and federal appellate and trial courts. For over a decade, he has been a member of the supervising committee of the Center for Law and Religious Freedom, which is the advocacy arm of the Christian Legal Society.