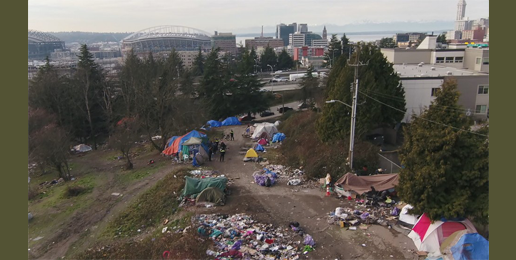 If death—anyone’s death—brings you joy, you should intently re-examine your worldview. Even the just execution of a mass murderer—which I support in every case—should not bring anyone joy. As a Christian, I often find myself opposed—spiritually, politically, and otherwise—to those outside of my faith. However, I take no joy in anyone’s death, especially those outside of my faith. Christianity teaches that “each one of us will give an account of himself to God.” Any death that results in eternal separation from God is always particularly tragic.

However, for those who have put their faith in the things of this world, who are determined to rule their own world, death usually has no such significance. Thus, for such people, like the death of an “inconvenient” child, the death of an enemy is often something to celebrate. The most recent case in point is the death of the wealthy philanthropist David Koch. After Mr. Koch died, many on the left again found themselves in a celebratory mood. We shouldn’t be surprised that those who engage in or promote the evil “shout-your-abortion!” movement would celebrate the death of a political enemy.

Nor should we be surprised that the hate-filled American left would promise political—and perhaps other forms of—apocalypse if President Trump gets the opportunity to replace Justice Ruth Bader Ginsburg with someone who will actually follow the U.S. Constitution. Liberals dancing with joy over the death of Mr. Koch were soon brought back to earth with the same-day news that Justice Ginsburg underwent a fresh round of treatment for a cancerous tumor on her pancreas.

Despite our political, legal, and moral differences, I admire Justice Ginsburg for her strength and determination to do her job. As another recently noted, she has survived pancreatic cancer twice, lung cancer once, and colon cancer once. And she’s 86 years old. Many Americans—no matter their political stripes—would be very interested in getting the names of her oncologists.

In an interesting bit of irony probably lost on Justice Ginsburg and her like-minded ideologues, if the U.S. had Medicare-for-all, or some other version of single-payer healthcare—a dream of the American left—almost certainly Mrs. Ginsburg would’ve long ago departed this world. Thank God for the U.S. medical industry, right libs? (The U.S. has the world’s best cancer survival rates.)

In their foolish efforts to create “heaven on earth”—Utopia—modern liberals have often relied on the courts to give them what they could not otherwise gain by actually winning elections and passing legislation. Of course, this is why the left in the mainstream media—I repeat myself—and the U.S. Senate engaged in media malpractice and political treachery in their evil efforts to derail the nomination of Brett Kavanaugh.

Many have implied that if President Trump has the opportunity to name Ginsburg’s replacement, the battle that would erupt would make the Kavanaugh confirmation look like the Mayberry City Council debate on whether to hold a Founder’s Day parade. This shouldn’t be the case—because, as long as U.S. Senate Republicans have his back, there is simply nothing Democrats can do to stop President Trump from nominating and having confirmed any judge he wishes.

However, today’s Democrat Party is as far from rational as they are from moral—which is totally unsurprising as those two extremes often go hand-in-hand. Even more so than the vengeful tweets over a dead philanthropist or the angry threats over a potential U.S. Supreme Court vacancy, few things illustrate this as well as the gender debate the modern left insists we have.

After (frequently) pointing out—and being far from alone—that the stupid, evil notion of “gender fluidity” most harms females—including young girls—I keep thinking that the left will soon abandon this wickedness. Silly me. I forget how blindly stupid those corrupted by evil can be.

Recently the GOP candidate in Louisiana’s governor’s race, Ralph Abraham, made headlines—headlines!—because he ran a 30 second ad that included the phrase “as a doctor, I can assure you, there are only two genders.” They were so aghast at MSNBC that host Chris Jansing declared that Abraham’s comments were “incendiary.” According to Newsbusters, Jansing’s guest—because, of course, the left must have their “experts” explain to us why there are not only two genders—went even further and said that to declare that there are only two genders is now “despicable” and “un-American.”

In other words, a statement that, just a few years ago, the vast majority of us would’ve considered so obvious that it was patronizing is now “incendiary” and “despicable.” Orwell was indeed a prophet.

Thus, it should come as little surprise that those who can’t tell the difference between who is a male and who is a female would choose to fight crime with euphemisms, still believes that “Hands Up, Don’t Shoot!” really happened, still thinks that man-made climate change is a real problem with a political solution, believes that widespread institutional racism still exists in America, and would conclude that “Seattle Has Figured Out How to End the War on Drugs.”

The latter bit of editorial “brilliance” was recently proffered by The New York Times’ Nicholas Kristoff. I guess Kristoff missed the fact that Seattle is Dying largely because of rampant drug abuse (and because, of course, “liberalism is killing it”). If he truly didn’t know this before, he does now because many of the 1300+ comments following his piece told him as much. Many of the comments were from Seattle residents.

I live here and you don’t have the slightest idea what you’re talking about. Downtown Seattle is a classic example of when inmates run the asylum. Downtown Seattle frequently feels like “Night of the Living Dead.” Quality of life issues here are outright dismissed, all in an effort to help drug addicted zombies that walk our streets. Sleeping in doorways, public defecation/urination, shooting up right in the open, blatant drug dealing w/ out any fear of incrimination, verbal abuse, etc. I can more easily get a summons for jaywalking here than dealing Fentanyl.

As a 26 year resident of Seattle (and a x2 time voter for Ralph Nader and Obama), I couldn’t disagree more. This city is littered with homeless drug addicts. Seattle’s choice to “decriminalize homelessness” is just another term for enabling the self-destruction of thousands of people…

Every few days I come across people who are passed out, or worse yet, who are actively shooting up, at the foot of my home. Petty crime is rampant, and it is no longer possible to get the police to respond to a stolen bicycle or smashed car windows…

The city’s drug addicts live in a parallel subculture that is disconnected from the lives of the locals who tolerate it in the name of social virtue. This subculture is a law unto itself, and is rife with predators who prey on the weak with violence, theft, and sexual abuse…

There will be political reckoning in the city for this, sooner or later. Mr. Kristof’s analysis is deeply flawed.

In not just Seattle, but all over America, liberals have become “a law unto themselves.” Thus, the nastiness in Seattle is only the tip of the iceberg. Liberals think that Seattle is doing a good job with criminal drug users, that there are more than two genders, that marriage is whatever we define it to be, that killing the unborn is merely a “choice,” and so on, because the left in America long ago abandoned the idea that some things are settled for all time.

I certainly hope there is soon a political reckoning. There will certainly be a spiritual one.

This article was originally published at TrevorGrantThomas.com
Trevor is the author of the The Miracle and Magnificence of America