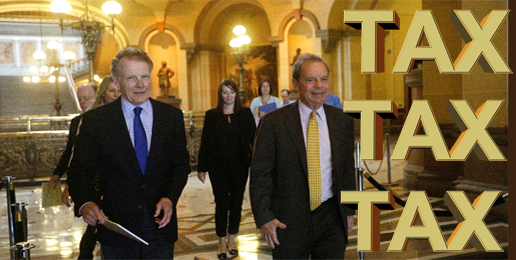 Tuesday (July 4th), the Illinois Senate took up the misguided proposal (SB 9) to massively increase the income taxes of citizens and corporations in Illinois, approving it by a vote of 36-18. State Senator Dale Righter of Mattoon was the only Senate Republican to vote in favor of this tax hike. (See the full roll call below.) This tax grab was approved in the Illinois House last Saturday afternoon, by a vote of 72-45.

It is ironic that the General Assembly voted to impose oppressive government taxes on Illinoisans during Independence Day weekend.

The good news is that Governor Bruce Rauner vetoed this proposal as soon as he could. The bad news is that the Illinois Senate already overrode his veto. So now it goes back to the Illinois House were we need to convince two or three state representatives to change their votes to ‘no.’

Apparently to lawmakers in Springfield, it was easier to dig deeper into the wallets of citizens than to address decades of irresponsible government spending and mismanagement. This is egregiously unfair to the citizens they are supposedly working to serve. It is a shameful offense that so many politicians chose to acquiesce to the inexhaustible demands of our ever-expanding and inept state government by placing a heavier burden on families and businesses in Illinois.

In approving these taxes, our state lawmakers ignored the “Report on the Economic Well-Being of U.S. Households” issued just two months ago. This alarming report suggests that 62 percent of Americans can’t cover unexpected expenses and almost a quarter cannot pay all their monthly bills. Taking more resources away from citizens to feed the insatiable appetite and reckless spending habits of state government will only exacerbate these problems.

For far too long, Illinois lawmakers have proven to be fiscally irresponsible. Why should hard-working and over-taxed citizens trust them with yet more of their money?

We’ve been here before. Between 2011-2014, Illinois citizens paid these higher taxes after Springfield politicians promised to pay down the backlog of bills, stabilize the state’s pension crisis, and strengthen the economy. That didn’t happen.

Unpaid bills and pension debt are out of control, and according to USA Today, our state economy is ranked 49th. Instead of using those increased taxes in an effective and efficient manner, government leaders squandered it. We have no reason to believe they will do better with more of our tax dollars.

Take ACTION: Please urge your state representative to reject any legislative proposal to increase tax burdens for Illinois citizens.  Ask him/her to vote NO to SB 9. You can also call the switchboard number Springfield at (217) 782-2000.

More:  Check out the Illinois Policy Institute’s online calculator to find out how much damage this tax hike will do to your family budget. 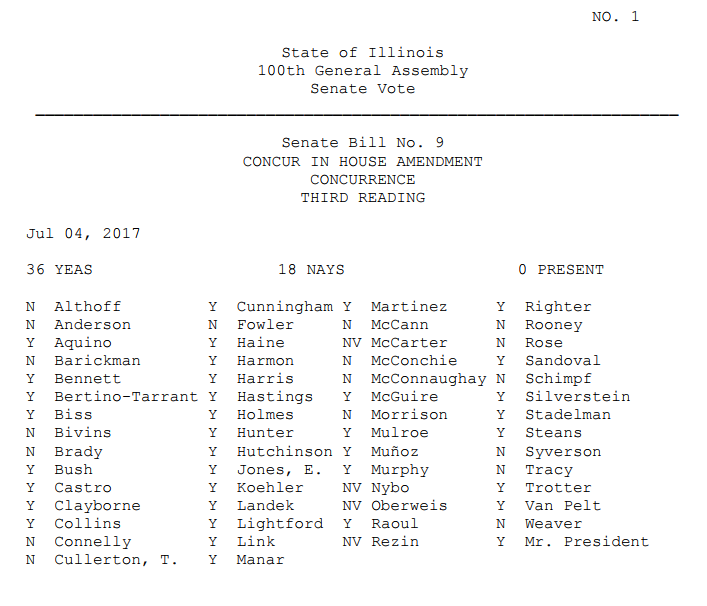 Please join the conversation! Visit us on social media and…