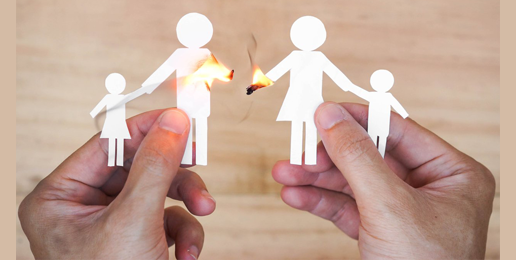 Family Estrangement on the Rise in America
12.14.21
PRINT

Earlier this year the New York Times reported that 27% of American adults are currently estranged from at least one family member. 12% of parents over the age of 65 are estranged from at least one adult child. In parent-child estrangement, the adult child is usually the one who has cut off contact. Value-based disagreements play a significant role in these estrangements, especially when the rift is between a parent and an adult child. Family therapists have pointed out that rising political tensions in the past half-decade have coincided with increased family rifts.

John Stonestreet has described the consequences of the “thinning out” of society — family breakdown and increased isolation leave people looking for a source of meaning and belonging, so they turn to politics and ideology. “To put it bluntly, our politics cannot handle the amount of weight we currently expect of it,” he writes.

Politics can never replace the family, but as the rise in family estrangement shows, far too many adults, especially younger adults, are attempting to do just that, to the point that they are willing to cut ties with family members with whom they have political and ideological disagreements. No family is perfect, but every family is valuable, and the ease with which young adults have begun cutting off family members over political and ideological disagreements is truly heartbreaking. Family is the bedrock of society, and family relationships are worth fighting for.

In addition to the role that political polarization plays in family estrangement, family therapist Dr. Joshua Coleman notes the role of some of the assumptions that are common in psychotherapy, saying,

There’s an idea that you shouldn’t feel guilt or responsibility to anybody. It’s really about what you want to do… On the one hand, this allows people to separate from truly hurtful, abusive family members. We want people to have the freedom to do that. On the other hand, it doesn’t draw a clear line about what should really be considered abusive behavior. That gives people the freedom to engage in behavior that’s frankly selfish or hurtful in the spirit of personal growth.

Far too many Americans are unwilling to do the hard work of reconciliation and are taking the seemingly easy route of estrangement. But this isn’t really easier in the long run. When family ties are cut, aging adults are left without family support, children miss out on the benefits of intergenerational relationships and grandparents and grandchildren alike lose the mental health benefits of grandparent relationships. Furthermore, as Coleman has also pointed out, while many people believe that cutting someone out of their life will make them happy, this isn’t necessarily the case. Instead of happiness, many find themselves facing loneliness, isolation, and bitterness.

The unwillingness to forgive displayed in lost family ties, broken friendships, and overall breakdown of community is a symptom of an extremely graceless culture. If the flaws and faults of the people around us are so intolerable that we cannot even maintain contact with them, what does that say when we are faced with our own brokenness? The way that we view others is closely connected to how we view ourselves, and if other people are unforgivable, where does that leave us?

The Gospel tells a better story. We cannot save ourselves, but rather than hiding from or excusing our own failures while estranging those who remind us of our worst qualities, we are not left to save ourselves. We are, each of us, not only flawed, imperfect, and broken, but also deeply sinful and we cannot bear the weight of our own sins — but someone else already has. And if none of us can ever earn this grace, then we do not get to demand that others earn it. Through the lens of the gospel, when we are faced with the imperfections and sins of the people around us, even those who have hurt us, we cannot help but be reminded of the fact that their only hope is the same as ours — the precious blood of Christ and his perfect righteousness on our behalf. By the grace of God, our worst sins, weaknesses, and flaws—as well as those of our family members—find redemption at the foot of the cross.

Family estrangement over political and ideological disagreement is a tragic and disturbing trend. It is true that political values matter, but we must keep in mind why that is the case. Values matter because ideas have consequences. Estrangement is often fueled by ideas that are at odds with the gospel, like the idea that we get to decide that some people are beyond the reach of grace. If our reaction to disagreement reflects the ideas espoused by secular culture rather than the ideas found in Scripture, then there is a serious problem. As those who have been reconciled to Christ are called to be reconcilers. Reconciliation is not easy — it takes hard work and humility, but it is worth it.