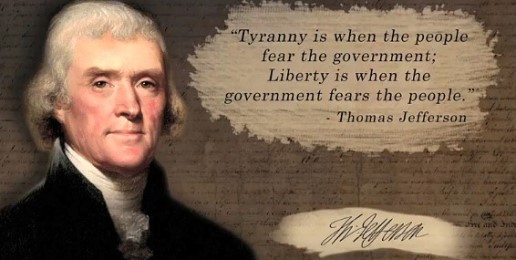 Outrageous!  The Illinois Human Rights Commission has issued a decision in which they fined a Christian business-owner $80,000 for refusing to violate his conscience regarding hosting a same-sex ceremony. And to make matters worse, they are mandating that this Christian citizen offer to do the very thing he doesn’t want to do.

This is the epitome of tyranny.

Do we understand what is happening here? This bigoted decision is the latest strike in the war against religious liberty. Intolerant lawmakers and bureaucrats are now using the heavy hand of government to force citizens to act in accordance with a decidedly liberal worldview.

Six years ago, Leftists in Washington D.C. decided to force all Americans into socialized health insurance whether they wanted to or not.

Last year here in Illinois, Gov. Bruce Rauner joined with Leftists to pass a law that censors professional counselors and clergy, prohibiting them from helping minors who suffer from unwanted same-sex attraction or gender-confusion.

Today, there is legislation pending in the Illinois House which would quash rights-of-conscience protections for pro-life medical professionals by forcing them to refer patients to abortion-providers. Unfortunately, this freedom-extinguishing bill has already passed the Illinois Senate.

Ironically, Gov. Rauner is aggressively fighting the tyranny of public sector unions who force members to pay fees that are used to promote dubious political agendas, saying to the press that he wants to “fight for the freedom of political expression and the right of free speech for government employees.”

The governor says that this is “a fundamental issue.”  If he truly believes this, why wasn’t he willing to fight for the same freedoms of speech and expression for professional counselors and clergy who are willing and able to help minors who want help?

If Gov. Rauner truly believes that our constitutionally protected freedom is “a fundamental issue,” is he willing to fight for the rights of Christian business- owners who do not want to participate in immoral same-sex ceremonies?

If Gov. Rauner truly believes that freedom of speech is “a fundamental issue,” is he willing to stand up to the despotism of the Left, and tell them to stop pushing legislation that will have government coercing speech for pro-life medical workers?  Will he commit to vetoing such legislation?

How have we come to a place where we allow the government to violate the First Amendment rights of citizens, telling them they must do what their consciences and their faith tells them they must not?

David E. Smith
Dave Smith is Illinois Family Institute’s executive director.  He and his wife of 25 years are blessed to be the parents of eight children. David has 20-plus-years of experience in public policy and grass-roots activism that includes countless interviews for numerous radio, television, cable programs and newspaper articles on topics such as the sanctity of life, natural marriage, broadcast decency, sex education, marijuana, gambling, abortion, homosexuality, tax policy, drug decriminalization and pornography. From 1996 – 2004, he worked as an aide to a City of Chicago Alderman.  During that time, he was a volunteer decency advocate for the group Citizens...
Full bio and more from David E. Smith
Related Articles