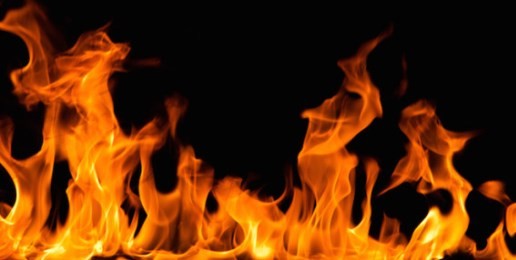 Mahatma Gandhi once said, “There is a higher court than courts of justice and that is the court of conscience. It supersedes all other courts.”

He was partly right. Liberty of conscience is indeed sacred. There is, however, a higher court before which Mr. Gandhi – before which we all – will ultimately stand. It is Kim Davis’ inevitable turn in the dock at this Supreme of all supreme courts that drives her steadfast refusal to mock God through mock “marriage.”

Let’s set aside for a moment all the legal and political wrangling over religious freedom. What is it about Kentucky’s Kim Davis that really has secularists, even some misguided and ill-informed church-goers, yanking their hair out in clumps? It seems many don’t merely dislike this accidental civil-rights stalwart; they hate her with a white-hot hatred reminiscent of that levied against blacks during another civil-rights struggle.

It was Rosa Parks then.

Even so, while it may feel personal to them, it’s not. The “throw-Kim-Davis-in-jail!” crowd doesn’t hate this humble, non-assuming Christian wife and mother of four so much for who she is (though many elitists insist upon sophomorically deriding her as some kind of intolerant, backwoods hick); they hate her more for what she represents – for Whom she represents – and, most especially, because, while making her stand, she has been, to date, immovable.

And that’s what’s got them steaming.

If Kim Davis steps down from her elected position as Rowan County clerk, it would represent exile through attrition for her and her fellow believers. Christ follower? Seeking elected office? Looking for a government job? Forget it. Christians need not apply. All the same, if you do apply, be sure to keep your mouth shut, your Bible closed and your First Amendment at home.

To Kim Davis and her supporters, this courageous stand represents unwavering faithfulness to the ultimate Law Giver. To her detractors, it represents stubborn indifference to the laws of man. (The law, incidentally, remains unchanged and on the books as codified. Sections 402.005 and 402.020 of the Kentucky Revised Statutes have yet to be amended by the legislature and, even now, restrict marriage to “the civil status, condition, or relation of one (1) man and one (1) woman”).

Whatever your perspective, Kim’s stand is bold. It is that boldness that has at once encouraged biblical Christians and terrified secular-”progressives.” These things have a way of catching on, you see. This is how movements are born.

Before she was arrested, shackled and imprisoned by U.S. Marshals for her “crime” of conscience, Brian Beutler, senior editor of the New Republic, was among the torch-waving leftists demanding the government “throw Kentucky clerk Kim Davis in jail.”

“Any attempt to force her hand risks making her a bigger martyr on the religious right than she already is,” he wrote, “but that risk is small compared to the risk that allowing her to continue abusing her power without consequence will create a terrible precedent.”

And so she was thrown in jail.

It backfired magnificently. So much so, in fact, that Judge David Bunning suddenly and inexplicably walked back his contempt order and released her with no indication by Kim or her legal team that she intends to change her position one iota.

They aimed to make an example of her.

Instead, they made martyr of her.

And she set the example for others to follow.

So, if jail won’t do it – if being thrown in jail won’t compel this brave woman to disobey God and violate her conscience, then what will?

They’ll have to burn her at the stake.

To be sure, and based on the scores of death threats both Kim and her attorneys continue to receive, it seems many would love to see just that. In fact, it’s exactly what the Week Magazine senior correspondent Michael Brendan Dougherty has suggested, if only satirically, in a column headlined, “Burn Kim Davis!”

“Any normal punishment [i.e., jail] rewards her with the comfort of solidarity from right-wing Christians, or her own sense of moral self-approval,” he writes. “Therefore the only way to avoid granting her such ‘martyrdom’ is to actually martyr her. That’s the really perverse thing about Christians who make a spectacle like this. The only way the state can really punish them is to inform them that their suffering is meaningless and proving that God doesn’t exist by sending them to the darkness of oblivion in torment. Justice Kennedy has issued his theological bull; let Kentucky officials in defiance of it be put on a pyre.”

Mr. Dougherty, a practicing Catholic, is being facetious, of course, and illustrating his point via reductio ad absurdum. Still, his point is well taken. Throughout the history of both Christendom and the United States, Christians have, with full knowledge and acceptance of the potential consequences, exercised a rich legacy of peaceful civil resistance to tyranny over conscience (e.g., Daniel, Mordecai, Christ’s apostles, the signers of the Declaration of Independence, Martin Luther King Jr., et al.).

That’s exactly what Kim Davis has done. I suspect, as she sees it, she would sooner be burned at the stake than face the flames of hell. For that, she is to be both admired and emulated. Imagine the possibilities if thousands of clerks, judges, pastors, photographers, bakers, inn keepers, florists, parents and other believers across this great nation came together, dug in their heels and said, “No! I will not violate my Christian conscience. Do as you may. Throw me in jail if you must, but I will not call evil good and good evil.”

Indeed, throughout history Christianity has been shown to both blossom and flourish when Christ followers are persecuted – when others attempt to quash their free exercise of faith.

As it was with the national sin of systemic racism, there can be few things more “out of harmony with the moral law” than the inherently immoral notion of sodomy-based “marriage.”

We are at an impasse.

Something has to give.

A revolution of passive resistance is at hand – another great awakening.

Christians will, once again, be “free at last.”

Matt Barber
Matt Barber is the founder and editor-in-chief of Barbwire.com. Matt is not only an author, columnist, and cultural analyst, but he is a Christian pro-family attorney concentrating in constitutional law. Having retired as an undefeated heavyweight professional boxer, Matt has taken his fight from the ring to the culture war.  In addition to his Juris Doctorate degree, he holds a Master of Arts in Public Policy from Regent University and a Bachelor of Science in Organizational Management from Colorado Christian University. As a published freelance writer, many newspapers and online publications run his columns, including the Washington ...
Full bio and more from Matt Barber
Related Articles