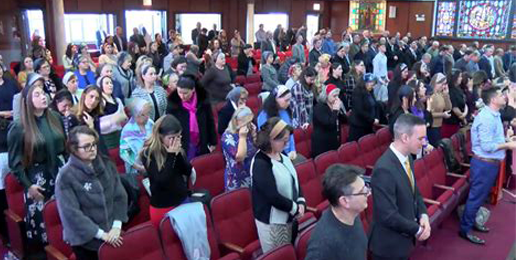 “Hard cases make bad law,” and national emergencies make hard cases. A notorious example of this maxim is the U.S. Supreme Court’s refusal to vindicate the claims of West Coast Americans who were put in “assignment” or “assembly centers” en masse during World War II solely because they were of Japanese descent and, thus, inherently had a greater potential for treason and espionage. The Court’s reasoning:

(a) it was a time of national emergency;

(b) judges had to defer to military judgments of danger;

(c) everybody experiences hardships during emergencies; and

The parallel is striking between the rationale of the Court’s decision in Korematsu and the current U.S. Supreme Court justices and lower-court judges who have voted to deny requests by churches and synagogues for relief from COVID-19 restrictions. Those judges reason:

(a) it is a time of a national emergency;

(b) judges have to defer to the judgments of politicians and scientists during this health crisis;

(c) other organizations are experiencing hardships due to shutdowns and are being regulated by restrictions just as great or greater; and

(d) religious adherents really don’t have it so bad, because they can use the internet and TV for their worship.

These parallels are foreboding, but it is encouraging to see a majority of the U.S. Supreme Court justices most recently in R.C. Diocese of Brooklyn v. Cuomo (No. 20A87, Nov. 25, 2020) granting relief to Catholic and Orthodox Jewish congregations from caps on worship imposed in New York. In particular, the majority lanced several underlying assumptions of those unsympathetic to the prior pleas of religious organizations:

While courts may, and must, scrutinize rationales offered by politicians and scientists when they support restrictions of basic constitutional rights, judges may not define religion in their own image, but, rather, must accept the sincere beliefs of religious adherents that in-person, communal worship is essential to free exercise.

For this reason, the Illinois Family Institute has joined a group of other organizations, including the Ethics and Religious Liberty Commission of the Southern Baptist Convention and the National Association of Evangelicals, in urging the U.S. Supreme Court to hear an appeal in Elim Romanian Pentecostal Church v. Pritzker. In Elim, the Seventh Circuit, reciting the Korematsu-type reasoning outlined above, upheld a 10-person cap for worship services in a 700-seat auditorium that had no such cap when used for other purposes. (See the legal brief HERE.)

One of the judges granting relief in R.C. Diocese specifically cited Elim with disapproval, and for that reason and others it seems likely that the full Court will agree to hear the case. It is hoped that the full Court, in a precedential opinion, will repudiate the Korematsu line of reasoning and will affirm that religious organizations and their exercise of the faith have special, constitutional protection that recognizes that their faith is communal, not just individualistic; that no greater restrictions can be placed on worship services than on gatherings of any other type, even in a national emergency; and that any such restrictions must be the least restrictive possible in the circumstances.