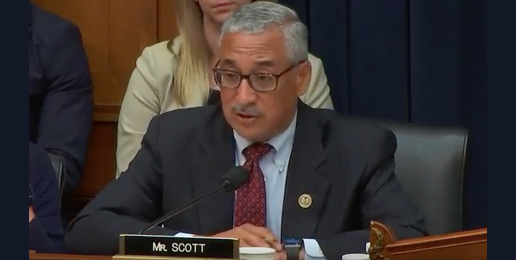 During a [recent] congressional hearing, U.S. Department of Health and Human Services Secretary, Alex Azar, testified in front of the U.S. House Committee on Education and the Workforce. During the hearing, U.S. Representative Bobby Scott (D-VA) pursued an aggressive line of questioning, which highlighted a tragic religious liberty attack that has become increasingly common in recent years.

Sadly, many Christian adoption agencies have been given the choice between violating their most deeply held religious convictions and shutting down. As a result, several faith-based adoption agencies have already closed their doors, including the Catholic Charities in Boston, San Francisco, and Illinois. Among the frequent attempts by the Left to strip religious liberty away from Christians, this is one of the most damaging examples. Not only is the Left harming the Christians who are losing their religious freedom, but also the thousands of children who receive life-changing aid from these organizations. As Secretary Azar accurately pointed out in the hearing, faith-based adoption agencies “have a long history of providing social services to poor and underprivileged children as well as families, and if we take steps to exclude faith-based groups from our programs, it will harm them and harm efforts to support our programs.”

Indicative of the Left’s movement as a whole, they have chosen to place their radical ideology ahead of the well-being of these children. Unfortunately, the stories of Christian adoption agencies closing down is only a small piece of a much larger picture: the Left’s relentless attack on the religious liberty of faithful Christians. The battle against Christian adoption agencies is not about an attempt to ensure that same-sex couples can adopt children, for there are already numerous adoption agencies that are willing and happy to place children with same-sex couples. Instead, it is simply about the Left’s continued attempt to ram their radical ideology down the throats of faithful Christians.

As we witness time and time again, in the great irony of our age, a war of intolerance is being waged against Christians under the banner of “tolerance.” In this unique moment of history, Christians have to decide whether to obey the truths of their faith and the judgements of their conscience or bow down to the altar of tolerance.

James is a 2018 Summer Policy Intern at The Family Foundation and a student at Christendom College.

This article was originally published on the FamilyFoundation.org blog.