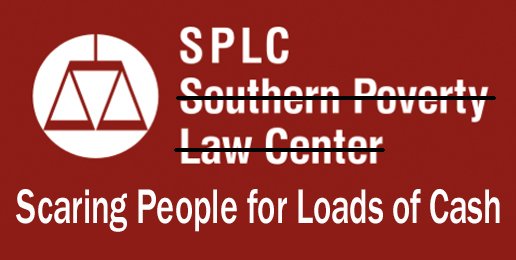 SPLC, once a valued organization fighting for civil rights of minorities, refocused some time ago. Part of that “refocusing” resulted in the group’s publication of a “hate map” several years ago. James Wright, head of D. James Kennedy Ministries, is very familiar with the hate map.

“Initially it was related to the question of marriage and the gay agenda,” he shares. “[But] these days if you’re on the Southern Poverty Law Center’s hate map, it might be anything from your stand on immigration, to radical Islam, to the sanctity of human life, to marriage, to whatever.”

GuideStar has re-published the hate map and Amazon’s charitable contributions don’t go to those groups listed thereon. That includes D. James Kennedy Ministries, which has filed suit in Alabama federal court alleging discrimination and libel against all three organizations.

Wright argues that SPLC, GuideStar, and Amazon have labeled his organization and many others as hate groups for one simple reason: “To try to silence us,” he says. “They don’t want to deal with us on the issues. They want to silence us and make us a marginal voice in the culture.”

Apple’s profits going to the SPLC

A spokesman for another group on the “hate map” says it’s dangerous when people are so blinded by their ideology that they finance organizations such as the SPLC. That comment comes in the wake of Apple Corporation CEO Tim Cook announcing his company is donating $1 million to the SPLC and the Anti-Defamation League.

“I think it’s absolutely ludicrous when you have an organization – the SPLC, in this particular case – that has been linked to domestic terrorism in a federal court of law as a result of their hate map, inspiring a murderous lunatic to go into [the] headquarters [of the] Family Research Council, and to shoot it up,” he states. “Yet a mere five years after that, you have the CEO of Apple donating a million dollars to them.”

Hamilton offers a solution to deal with Apple’s announced plan to use profits from the sales of its products to support organizations like the SPLC – organizations he says “encourage hate” and are “radically, ideologically driven” and pro-abortion.

“[When] you see this happening, the best way to respond is to vote with your pocketbook,” he tells OneNewsNow.

In other words, consumers will decide whether Apple’s move is good for public relations.