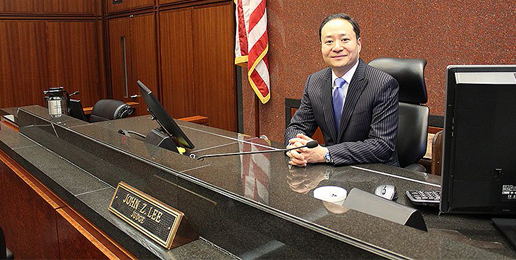 Obama Judge Ignores the Expressed Will of the Legislative Branch
Written By David E. Smith   |   05.09.20
PRINT

Obama judicial appointee Judge John Z. Lee of the Northern District of Illinois ruled against The Beloved Church last week as they filed a federal complaint challenging Governor J.B. Pritzker‘s emergency Executive Orders. The pastor and church, located in Lena, Illinois, are seeking to have their First Amendment rights restored to them in order to host regular services of up to 80 people each week.

Judge Lee’s reasoning in his decision denying the church’s complaint was shocking:

It is difficult to see why the legislature would recognize these long-running problems as disasters, yet divest the Governor of the tools he needs to address them.

This is not to say that the Governor’s authority to exercise his emergency powers is without restraint.

Exactly. That is why the Illinois General Assembly specifically limited those emergency powers in state statute to 30 days. Like Judge Lee, we could speculate that the legislative branch didn’t want to cede too much power to the executive branch without being consulted at a minimum. Nothing precludes them from extending any “emergency powers” beyond the 30-day window.

It is doubtful that Judge Lee read Section 7 of the Illinois Emergency Management Agency Act, which clearly and specifically spells out that emergency powers may be exercised by the Governor “for a period NOT TO EXCEED 30 days…” (emphasis added)

The unilateral executive orders that are issued after those first 30 days must be challenged and the precedent struck down. If not, it will be used again and again in the future–all in the name of “safety,” of course.

Praise God that Pastor Steve Cassell and his church are appealing this ruling. Please pray for attorney Peter Breen and the Thomas More Society as they argue this case in federal court.