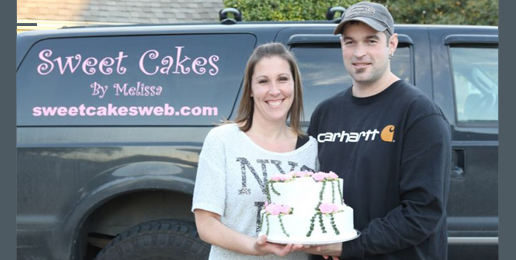 Written by Dr. John A. Sparks

Among recent actions by the U.S. Supreme Court, a four-sentence order may set the stage for the court to eventually address the collision between free speech and religious freedom on one hand and gay rights on the other. The order voided a judgment by the state of Oregon that had imposed a $135,000 fine on Portland-area bakery owners—the Kleins—for refusing to bake a wedding cake for a lesbian couple. Oregon maintained that its anti-discrimination law condemned such a rebuff even when the bakery owners’ religious convictions run counter to participating in a same-sex wedding.

Besides vacating the fine, the court sent the case back to the Oregon Court of Appeals to be reconsidered in light of the Masterpiece Cakeshop decision. Masterpiece involved a similar situation in Colorado for Christian baker, Jack Phillips, when he refused, on religious grounds, to bake a wedding cake for a gay couple’s marriage. In Masterpiece, Colorado’s case against Phillips had relied on language in an earlier case, Employment Division v. Smith (1990), which said that religious liberty claims could not be used as a defense against “generally applicable” laws that were “neutrally” enforced. However, the U.S. Supreme Court found that the Colorado proceedings against Phillips were far from “neutral.” In fact, they were rife with religious hostility toward him. Besides that, the court found that Colorado had selectively enforced its anti-discrimination laws, making them less than “generally applicable.”  Now the court is ordering the Oregon court to review the Klein case looking for the same examples of unfairness it had discovered in Masterpiece.

Klein is the second case of this type that the U.S. Supreme Court has sent back to the courts below for reconsideration in light of the Masterpiece decision. Earlier, the Washington Supreme Court was ordered to make such a review in a case involving a florist, Barronelle Stutzman, and her business, Arlene Flowers. Stutzman had refused to provide wedding flowers for a gay couple’s ceremony. Just recently (June 6, 2019), the Washington court found that proceedings were not conducted with “religious animus.” The Washington court closed that review by repeating its conclusions that neither free speech, free exercise, nor freedom of expression were infringed upon by the anti-discrimination law in question.

It seems likely that the Oregon court will make similar findings of the absence of religious hostility. Once the Oregon court has spoken on the matter in the way it is expected to rule, the questions of religiously hostile proceedings and selective enforcement will have been disposed of. That will leave the central constitutional questions of free speech and free exercise of religion for the U.S. Supreme Court to face which it effectively avoided in Masterpiece. The arguments on those issues made by the Kleins and Mrs. Stutzman in their existing court filings will be brought up again.

What are the Constitutional claims supporting the positions of faith-guided commercial providers who are asked to set aside their religious beliefs by customers who ask them to offer services contrary to their convictions?

The first basis for relief from the reach of the anti-discrimination laws is the claim that such laws violate the freedom of speech of the providers. At first blush, it may seem a stretch to regard baking a cake or arranging flowers as “speech.” However, federal Constitutional cases have long recognized that protecting speech is not limited to “the spoken or written word.” Engaging in conduct that expresses a point of view or idea is speech, and that expressive conduct is protected by the First Amendment.

In addition, and important for these cases, citizens cannot be forced to deliver a message provided by the government or another person. The oldest and best-known case recognizing this idea—called the “compelled speech doctrine”—is W. Va. State Board of Education v. Barnett. There the court said that public school children could not be required to salute the American flag or say the pledge of allegiance when to do so was against their religion’s teaching. The case, though it involved religious convictions, is usually viewed as a free speech case in which the court forbade the government from making citizens express a message contrary to their beliefs. Both wedding providers—the Kleins and Stutzman—maintain that Washington and Oregon laws are, in effect, requiring them to use their artistic expression to further a conjugal union against which they have serious religious reservations, or face a legal penalty. When their only other choice is to abandon the means to make a livelihood that they have chosen, the burden placed upon them is unconstitutional.

The second constitutional claim asserted by the two wedding providers is that their religious liberty under the Free Exercise clause of the First Amendment has been denied to them by the anti-discrimination laws. Employment Division v. Smith, as already mentioned above, makes that claim more difficult. The Smith defendants consumed an illegal drug—peyote—as part of a Native American religious ceremony. They were dismissed from their jobs with a drug rehabilitation organization and lost a claim for unemployment compensation. They argued that their free exercise of religion was being infringed upon by Oregon.

The U.S. Supreme Court disagreed, maintaining that “neutral” and “generally applicable” regulations could not be avoided by religious liberty claims. The result was probably right: religious ceremonies do not give participants the right to use controlled substances. But, unfortunately, the court’s opinion needlessly swept away an almost three-decades-old case which had established a sensible legal formula for addressing those instances in which religious convictions clash with existing legislation. That formula, called the Sherbert test after Sherbert v. Verner (1963), protected religious believers when the court found that a law or regulation “substantially burdened” their “free exercise of religion,” and that the government had no “compelling interest” at stake, or that it overlooked a “less restrictive” way to further its interest. Congress vigorously sought to counter the Smith decision by passing the Religious Freedom Restoration Act (RFRA), which required the restoration of the Sherbert test. However, the RFRA was ruled as only applicable to federal laws and regulations and not to the states and therefore does not help the Kleins and Stutzman.

Given the clear facts of these cases, and the uncertainty that remains for religious providers, it is high time for the court to hear and decide them. For the most part, the reasoning of Smith should be discarded and Sherbert reinstated. The court should not avoid these fundamental questions of free speech and free exercise of religion any longer. Rather, it must courageously set the cases for oral argument and address these key issues head on.

This article was originally published by The Institute for Faith & Freedom.