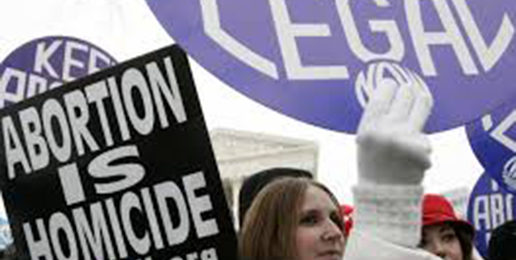 The Supreme Court of the United States (SCOTUS) will revisit the legality of the Obama Administration’s contraceptive and abortion drug mandate in a crucial case this coming term.

SCOTUS announced last Friday that it will hear another challenge to the mandate filed by various religious groups, including the Catholic religious order The Little Sisters of the Poor.

Under the mandate, all health insurance policies issued in the United States must include coverage of abortifacient drugs and devices such as Ella and Plan B without co-pays or deductibles.

Ella and Plan B and the like are often marketed as “morning-after pills,” or “emergency contraceptives.”  However, these drugs also operate after conception to destroy developing human embryos in their earliest stages.

The SCOTUS has previously ruled that closely-held corporations with religious objections cannot be forced to subsidize abortifacient drugs in their health insurance plans.

In a high profile case involving craft giant Hobby Lobby, the court ruled that family businesses were “persons” under the Constitution, and thus entitled to the free exercise protections of the First Amendment.

The Obama Administration has attempted to evade the SCOTUS ruling by establishing what they have called an “accommodation” for religious institutions and religious ministries.

Under this sham arrangement, religious entities can notify their third party health administrator or the Department of Health and Human Services that they object to the abortion drug mandate on religious grounds.

The religious organization’s health insurer is then required to provide contraceptive and abortion drug coverage to the company’s employees directly “for free.”

Christian colleges and ministries have rightly objected to this “alternative,” which still requires that they facilitate and likely pay for drugs and devices that destroy human life.

“We perform this loving ministry because of our faith, and we cannot possibly choose between our care for the elderly poor and our faith, and we shouldn’t have to,” says Sister Lorraine Marie McGuire, Mother Provincial of the Little Sisters of the Poor.

“All we ask is that our rights not be taken away,” Sr. McGuire continued.  “The government has exempted [others] from what they are now imposing on us.  We just want to keep serving the elderly poor as we have done for 175 years.”

The SCOTUS is consolidating a number of cases in hearing the appeal of the Obamacare mandate.  Other plaintiffs include Priests for Life, two Catholic dioceses, East Texas Baptist University, Southern Nazarene University (SNU), and Geneva College.

“The government has no legitimate basis for forcing faith-based organizations to be involved in providing abortion pills to their employees or students,” says Alliance Defending Freedom attorney Gregory Baylor, who is representing Geneva College and SNU.

“These Christian colleges simply want to abide by the very faith they espouse and teach,” Baylor explains.  “They should not be forced to choose between giving up their fundamental freedoms and paying financial penalties.”

Failure on the part of an employer to comply with the abortion drug mandate can result in fines of $100 per day per employee.  Such fines would bankrupt many nonprofit religious ministries.