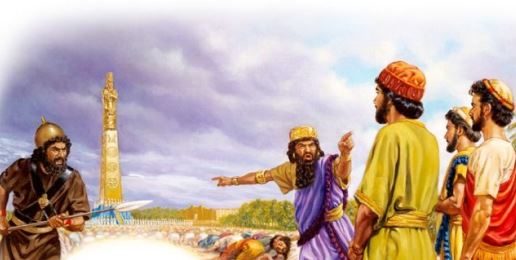 My topic, if you could not guess from the cryptic title, is religious liberty. Vanity Fair, if you have not guessed, does not celebrate the Fourth of July. That’s a problem.

Lots of Americans still celebrate it, but because we are now governed by non-elected functionaries from Vanity Fair, the celebrations are merely impressive displays of light, noise, and little else. Among our other liberties, we still celebrate our putative religious liberty on the Fourth, but we do this in lieu of actually being able to practice it anymore. It is kind of like religious liberty without the religious part, and without the liberty part either, come to think of it. If we had some ham, we could make a ham and cheese sandwich, if we had some cheese.

Celebrating religious liberty is way easier than defending it, or exercising it. Setting off a squib or a firecracker is much to be preferred, because much easier, than acting like you don’t need permission from the government to live like a free Christian. You don’t, incidentally.

Scarcely a day goes by without some reeking testimony to the official kind of contempt directed at religious liberty by aficionados of the totalitolerant state. Just this last week I read about the Virginia governor vetoing a bill that would allow ministers to opt out of sodomite ceremonies, another story about a judge insisting that Christian Mingles, a Christian dating site, start matching up folks what actually don’t go together because the pieces don’t fit, and I also read some more about that noxious bill in California that would require Christian colleges to abandon their Christian convictions in order to function legally. The secularist commitment to religious liberty resembles the rabbinical commitment to the ham and cheese sandwiches mentioned earlier.

VANITY FAIR HAS NO TRADITION OF RELIGIOUS LIBERTY

“Therefore they took them and beat them, and besmeared them with dirt, and then put them into the Cage, that they might be made a Spectacle to all the men of the Fair” (The Pilgrim’s Progress).

But because Christian and Faithful responded to the persecution with grace, “some men in the Fair that were more observing, and less prejudiced than the rest, began to check and blame the baser sort for their continual abuses done by them to the men.”

This is because we are Vanity Fair. We are Babylon the great, and so naturally we traffic in the souls of men (Rev. 18:13).

THE ROOT OF RELIGIOUS LIBERTY

Without that word consequent, we have no rights whatever.

But if God has bestowed these obligations upon us, as He most certainly has, then it is not possible for any parliament or congress or assembly of men to take the consequent rights away. It is not up to the rulers of men. It is not within their jurisdiction. They have no authority in this whatever. And this leads us to . . .

They do not bow before the statue of Nebuchadnezzar. They do not kill the Hebrew children as Pharaoh required. They hide their crops from the Midianites. They ignore the arrest warrant issued by Saul the tyrant. They refuse to bow to Haman. They pray facing Jerusalem with their windows open. King Aretas sets up a roadblock and they run that roadblock. They preach in the name of Jesus. They just say no.

Let me cut to the chase. There can be no religious liberty unless and until certain Christians are hard enough and tough enough simply to disobey. And they will not exhibit that kind of hardness toward tyrants unless and until they are soft toward God. When men recognize the sovereignty of God, they simultaneously realize that man does not possess that sovereignty. Resistance to tyrants is therefore submission to God. And without that submission to God, resistance to tyrants is futile. With it, liberty is inevitable.

Given the nature of the encroachments being made by the secular state, the clash between Christians and the secular state will not be a narrow one. It will extend across the board, touching on every area of life. Of course, when they say we must not preach the gospel, we must continue to preach the gospel. But this is an all-encompassing collision. It involves everything. It is a clash of worlds.

They do not simply say not to preach the gospel. They also say that if we do not take the mark of their beast, wearing it proudly on the forehead or right hand, we cannot buy or sell from any of their federally regulated outlets (Rev. 13:17). What do we do then? Well, we refuse the mark, and head on out to buy and sell from unregulated outlets. We have a religious duty and right to function in the black market.

Christian photographers go underground. They do a wedding “for a friend,” and take a token of gratitude in cash. Wedding cakes are sold out the back door, after hours. Christian colleges become unauthorized study centers, offering online certificates issued from servers located somewhere in the Caribbean. And when I am finally shut down here at Mablog for being an “enemy of mankind,” along with my other bad deeds, you can head on over to the dark web, and try to find me there. Perhaps you might say, “but that’s illegal,” and I would reply by inviting you to ask me if I care. The catacombs were illegal too.

THE THEOLOGIC OF RELIGIOUS LIBERTY

The Christian faith is therefore source of religious liberty, and secularism cannot be that source.

We need to work it out in our hearts and minds first. We need to be prepared to say to them, along with the friends of Daniel, that our God is able to deliver us. But even if He does not, we are not going to comply. This includes private individuals like Gideon not complying and government officials like Daniel not complying. It includes John Q. Citizen not complying and Chief Justice Roy Moore not complying.

Wherever you are, just say no. Bloom where you are planted.

These are not new issues. We have been here before. For those Christians who want to read up on these themes, there is a long and inspiring story. I would recommend starting with The Emergence of Liberty in the Modern World by Douglas Kelly.

This has all been done before, and it most certainly can be done again.

If you intend to be part of that movement, as you certainly ought to be, then a few anticipatory fireworks tonight would not be out of place at all.

This article was originally posted at the Blog & Mablog 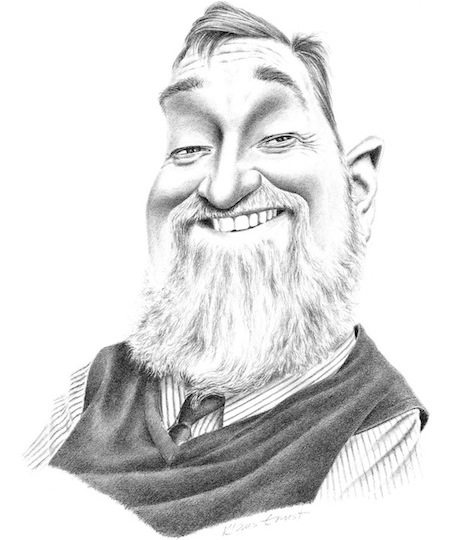 Douglas Wilson
Doug Wilson is a Senior Fellow of Theology at New Saint Andrews College in Moscow, Idaho, and pastor at Christ Church in Moscow, Idaho.  Mr. Wilson is a prolific author whose works include Rules for Reformers, Five Cities that Ruled the World,Excused Absence: Should Christian Kids Leave Public School?, and Future Men: Raising Boys to Fight Giants. He is one of the editors of the popular homeschooling Omnibus series.  He and his wife Nancy are the parents of three children and 16 grandchildren....
Full bio and more from Douglas Wilson
b
a
x
r