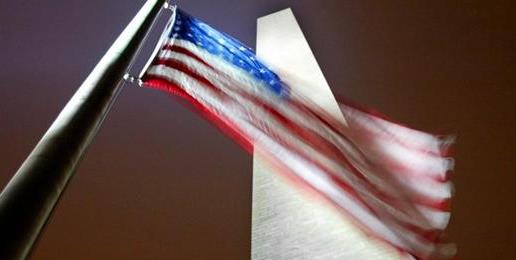 In the wake of England’s historic Brexit vote, and during America’s own Fourth of July celebrations, we’re reminded that man’s longing for individual freedom is a contagion, and that to declare independence from overreaching governmental control is a big part of the cure.

Still, while the UK’s recent “Declaration of Independence” from a decidedly socialist European Union was largely driven by socio-economic considerations, not to mention a desperate attempt to remedy Britain’s demographic suicide cocktail of political correctness, multiculturalism and deadly immigration jihad, America’s own freedom revolution was driven by a longing for both fiscal independence, and, to a larger extent, an effort to secure the unalienable right to individual and corporate religious liberty – particularly the free exercise of Christianity.

At our founding America at once declared independence from tyranny and reaffirmed our dependence on the one true God of the Bible.

We must do so again.

The historical record is irrefutable. Consider this formal statement issued by the U.S. House Judiciary Committee in 1854: “Had the people, during the Revolution, had a suspicion of any attempt to war against Christianity, that Revolution would have been strangled in its cradle… In this age, there can be no substitute for Christianity… That was the religion of the founders of the republic and they expected it to remain the religion of their descendants.”

Sadly, today’s secular left has indeed declared war against Christianity, the “religion of the founders of the republic,” which was “expected [to] remain the religion of their descendants.”

And the war has reached fever pitch. It’s high time this anti-Christian “revolution” was “strangled in its cradle.”

Indeed, contrast the above Judiciary Committee declaration with one recently made by Hillary Clinton: “Rights have to exist in practice – not just on paper,” the presumptive Democratic presidential nominee recently said in the context of some phantom “right” to sacrifice undesirable infants on the altar of “choice.” “Laws have to be backed up with resources and political will. And deep-seated cultural codes, religious beliefs and structural biases have to be changed (emphasis mine).”

“Religious beliefs have to be changed.” And change them (or, more accurately, criminalize them) they intend.

As I detail at length in my latest book, “Hating Jesus: The American Left’s War on Christianity,” God’s natural created order, His immutable, scientific and transcendent moral precepts, as well as the very lives and livelihoods of Christian Americans, are under vicious attack today at a level unprecedented in American history.

This is, in every way conceivable, anathema to what the founders, and the U.S. Constitution, intended.

“Suppose a nation in some distant region should take the Bible for their only law book and every member should regulate his conduct by the precepts there exhibited. … What a Eutopia – what a Paradise would this region be!” pined John Adams. “Without [Christianity], this world would be something not fit to be mentioned in polite company: I mean hell,” he added.

So what should we do?

Jesus commands His followers to be His hands and feet – to be salt and light in a rotting world that loves darkness (Matthew 5:13-16).

While it is true that salt preserves; in an open wound, it also burns. Today’s anti-Christian, moral relativist culture is an open wound.

While it is true that light’s bright glare can be illuminating to those eager to see, it is likewise blinding to those whose eyes have become adjusted to darkness. When the light of Christ is shined, it sends lovers of evil scurrying for the shadows.

For this reason, Christ also warned, “You will be hated by everyone because of me, but the one who stands firm to the end will be saved” (Matthew 10:22).

For Christians, those times when the right people call us the wrong things are among those times we should “rejoice in our sufferings.” I received two emails this week alone that have given me great cause to rejoice. Because, as John Adams put it, I very publicly advocate the “general principles of Christianity,” I receive from those who hate Jesus, dozens of the following types of communications each month.

“Your fate is the same fate as ISIS. The only difference between you and them is the religious symbol on your armband and the fact that in their countries they can get away with murdering those who do not and will not bow down to their perversion of religion,” emailed someone identified as Mark Anderson (MA1779@gmail.com). “ISIS deserves to die and so do you,” he continued, “and when the United States government puts both of you rabid savages down the world will be a better place.”

Someone calling himself Anthony Marks (AM999@aol.com) continued with the same theme: “You, Matt Barber, deserve to be riddled with the same bullets that took down the Orlando Terrorist. You deserve to hang at the neck just as Heinrich Himmler would have had the anti-LGBT savage not killed itself before it could be punished for its crimes against humanity. You deserve to be burning in Hell. … You are a non-human abomination worthy of death and you will get what you deserve…you disgusting barbarian filth.”

People ask me, “How do you take this kind of hatred day in and day out? Does it frighten you? Does it upset you?”

In fact, while I’m always buoyed by notes of encouragement, it’s the vile hate mail and death threats that lift my spirits more than anything else. They bless me. “Blessed are you when people insult you, persecute you and falsely say all kinds of evil against you because of me” (Matthew 5:11).

I pray for these people. They’re not my enemies. They’re lost. I hurt for them. I want those who hate Jesus to come to know Him as their Lord and Savior.

Their eternity depends on it.

And then I once again declare my dependence on God.