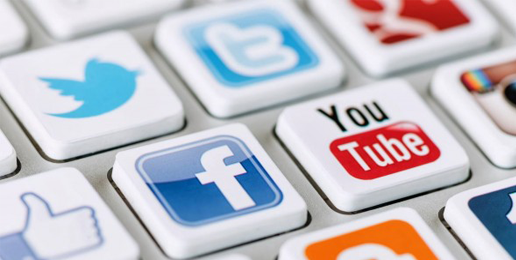 What is the Conservatives Movement’s Answer to Google, Facebook, Twitter, and YouTube’s ‘Viewpoint Discrimination’?
Written By John Biver   |   01.22.18
PRINT

Last year brought a flurry of news reports about how Google, Facebook, Twitter and YouTube have been actively working to suppress the conservative message. Their actions are not new — all the big four tech/social media giants are run by Leftists. Some speculate that the election of Donald Trump increased their motivation to step up their efforts.

The arguments in the public square and in the courts about the First Amendment, free speech, and religious liberty are common — and now another discussion is gaining momentum — this one is about viewpoint discrimination.

The government is not permitted to engage in it, nor are taxpayer funded entities. To what degree, however, are private companies allowed to do so because of public accommodation laws?

The “literature” on the topic, as they say, is growing. As the courts and commentators hash it out, it is worth excerpting from a must-read article last November by Ben Weingarten at The Federalist. Here is how it opens:

PragerU’s suit against Google and YouTube alleging unlawful censorship and free speech discrimination has the potential to be groundbreaking.

Those blackballed from social media platforms for sharing views dissenting from prevailing progressive Silicon Valley orthodoxy have to date had little recourse against the tech speech police. That is why PragerU’s newly filed suit against Google and Google-owned YouTube alleging unlawful censorship and free speech discrimination based on the educational video purveyor’s conservative political viewpoint has the potential to be groundbreaking.

The lawsuit, filed in federal court in California, details upwards of 50 PragerU educational videos that YouTube has, in PragerU’s view, unjustifiably slapped with “restricted mode” or “demonetization” filters, violating its First Amendment right to free speech. These filters limit or otherwise prevent viewers, based on characteristics like age, from consuming content deemed “inappropriate.”

Weingarten goes on to address whether basic conservative ideas can be called “inappropriate.” YouTube told PragerU that it “can’t share more details about our review process, as doing so could benefit channels that do not play by the rules (those who game the system).”

Indeed, PragerU’s suit confirms what conservatives have recognized for some time: the rules that govern banning users, taking down content, or otherwise disadvantaging posts and tweets on the basis of the sharer’s ideology or the message’s bent have been capriciously written and arguably even more capriciously applied.

The section of Weingarten’s article regarding “Free Speech Rights Can Apply in Private Contexts” is important and informative:

PragerU’s argument rests on the idea that modern social media behemoths constitute the digital equivalent of today’s public square. Thus, their users must be provided the same free speech protections in cyberspace as in the town green.

The suit reads in part:

The United States Supreme Court…recognized more than a half-century ago that the right to free speech guaranteed by the First Amendment to the United States Constitution can apply even on privately owned property. One of the most important places to exchange and express views is cyberspace, particularly social media, where users engage in a wide array of protected First Amendment activity on any number of diverse topics.

Where, as in the case of Google/YouTube, a private party operates as one of the largest internet forums for speech and expression in the history of the world and such forum is accessible to and freely used by the public in general, there is nothing to distinguish it from any other forum except the fact that title to the property on which the forum exists belongs to a private corporation. As the highest court in the nation has made clear, ‘[t]he more an owner, for his advantage, opens up his property for use by the public in general, the more do his rights become circumscribed by the statutory and constitutional rights of those who use it.’

“Time will tell what the courts make of this argument,” Weingarten writes.

Later in the article he says:

To the degree to which there is still a relatively free market in technology, there are plenty of measures we can take to challenge Silicon Valley’s speech muzzles. Unlike the Left, which knows how to organize and strategically execute its political campaigns, to date conservatives have not committed to such a concerted effort to protect free speech in cyberspace. We should. These efforts would have to encompass extensive, highly coordinated and unceasing.

Click here to read the bullet points that follow. They provide examples of what I’ve been writing for years about our side’s failure in the information war. And that gets back to the question asked in the title of this article: what is the conservative movement’s answer to the big four social media outlets?

Weingarten applauds PragerU’s efforts, but notes that they are “by no means a sufficient and sure safeguard of our rights.” Putting our hopes in the decision of judges, some of whom (may I say it?) are unmoored from reality and the U.S. Constitution, is not a winning strategy.

What does that mean? It can’t mean more of the same when it comes to the marketing and messaging efforts on the part of conservatives. One way to accelerate that process would be for big conservative donors to learn about the groups such as Illinois Family Institute and Illinois Family Action that are willing to innovate, fight and finally win the information war.

We are excited about our annual Worldview Conference featuring well-know apologist John Stonestreet on Sat., Feb. 10, 2017 at Medinah Baptist Church. Mr. Stonestreet is s a dynamic speaker and the award-winning author of “Making Sense of Your World” and his newest offer: “A Practical Guide to Culture.”