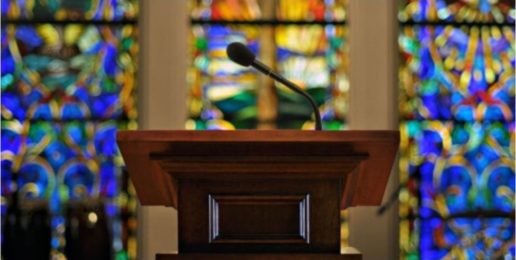 Last October the Illinois Family Institute brought attention to the “Free Speech Fairness Act.” Now faith leaders from around the country, including IFI’s executive director David E. Smith, are signing a letter addressed to U.S. House Speaker Paul Ryan and Majority Leader Kevin McCarthy calling for the passage of the bill. This letter was delivered earlier this week.

Here is the opening paragraph of the letter:

We, the undersigned, representing hundreds of thousands of Americans, want to thank you for your commitment to preserving the rights secured in the First Amendment of the Constitution, specifically the rights to freedom of religion and speech. Unfortunately, since its passage, the Johnson Amendment has effectively squelched both of those rights in the context of activities that could be construed by the IRS as on behalf of or in opposition to a candidate for public office. That is why we support the Free Speech Fairness Act of 2016 (H.R. 781, “Fairness Act”), introduced by Whip Steve Scalise (R-La.) and Representative Jody Hice (R-Ga.) to protect the speech and religious freedom rights of 501(c)(3) organizations and their leaders. We encourage you to prioritize hearings and votes on this important bill.

A lot has been written about the existing and growing threats to religious liberty for the past couple of years, and the infamous “Johnson Amendment” even became an issue during the presidential campaign.

In addition, both the Family Research Council and the Alliance Defending Freedom have information posted outlining the details of the legislation and why it is needed. FRC has published a one-page outline that answers the following questions:

At their website, the Alliance Defending Freedom lists “5 Things to Know about the New Johnson Amendment Fix“:

Both FRC and ADF have videos posted that also outline the facts — here is ADF’s 3-minute video:

So many moral issues in the political arena must be addressed by church leaders inside the church – and not just by Christians outside the church. We must reclaim our God-given First Amendment right of free speech. It doesn’t just belong to those on one side of the debate.

Take ACTION:  Click HERE to send a message to your U.S. Representative to ask him/her to support or even co-sponsor this legislation. Speak up for free speech by telling them you want the Johnson Amendment repealed. Tell them they can start the process by cosponsoring H.R. 781, the Free Speech Fairness Act.

As of this writing, H.R. 781 has 57 Republican co-sponsors, including Illinois’ U.S. Representatives Randy Hultgren (Campton Hills) and John Shimkus (Effingham).