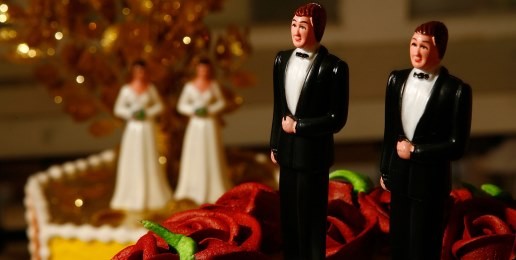 Several states are now considering legislation that would provide explicit protections to citizens whose consciences will not allow an endorsement of same-sex marriage. The bills vary by state, as do the prospects for legislative passage, but the key issues remain constant. Millions of American citizens are facing a direct collision between their moral convictions and the demands of their government.

The cases are now piling up. A wedding photographer in New Mexico, cake bakers in Colorado and Oregon, and a florist in Washington State have all found themselves in this predicament. Each now faces the coercive power of the state. They are being told, in no uncertain terms, that they must participate in providing services for same-sex weddings or go out of business.

The bills now being considered in several states are attempts to protect these citizens from government coercion. They take the form of remedial legislation — bills intended to fix a problem. And the problem is all too real, and so is the controversy over these bills.

That sets up the inevitable collision of law and values and Christian conviction. In each of the cases listed above, the key issue is not a willingness to serve same-sex couples, but the unwillingness to participate in a same-sex wedding. Christian automobile dealers can sell cars to persons of various sexual orientations and behaviors without violating conscience. The same is true for insurance agents and building contractors. But the cases of pressing concern have to do with forcing Christians to participate in same-sex weddings — and this is another matter altogether.

Photographers, makers of artistic wedding cakes, and florists are now told that they must participate in same-sex wedding ceremonies, and this is a direct violation of their religiously-based conviction that they should lend no active support of a same-sex wedding. Based upon their biblical convictions, they do not believe that a same-sex wedding can be legitimate in any Christian perspective and that their active participation can only be read as a forced endorsement of what they believe to be fundamentally wrong and sinful. They remember the words of the Apostle Paul when he indicted both those who commit sin and those “who give approval to those who practice them.” [Romans 1:32]

The advocates of same-sex marriage saw this coming, as did the opponents of this legal and moral revolution. Judges and legal scholars also knew the collision was coming. Judge Michael McConnell, formerly a judge of the United States Court of Appeals for the Tenth Circuit and now director of Stanford University’s Constitutional Law Center, suggested many years ago that the coming conflict would “feature a seemingly irreconcilable clash between those who believe that homosexual conduct is immoral and those who believe that it is a natural and morally unobjectionable manifestation of human sexuality.” Accordingly, he called for a spirit of tolerance and respect, much like what society expects of religious believers and atheists — what he called “civil toleration.”

But the advocates of same-sex marriage are not friendly to the idea of toleration. One prominent gay rights lawyer predicted just this kind of controversy almost a decade ago when she admitted that violations of conscience would be inevitable as same-sex marriage is legalized. Chai Feldblum, then a professor at the Yale Law School, also admitted that her acknowledgement of a violated conscience might be “cold comfort” to those whose consciences are violated.

But perhaps the strangest and most disappointing dimension of the current controversy is the entry of some Christians on the side of coercing the conscience. Writing in USA Today, Kirsten Powers accused Christians supporting such legislation of “essentially arguing for homosexual Jim Crow laws.” She explicitly denied that florists and bakers and photographers are forced to “celebrate” a same-sex union when forced to provide their services for such a ceremony.

Well, my wife and I recently celebrated the wedding of our daughter. We not only celebrated it, we paid for it. And I can assure you that we were expecting our florist and cake baker and photographer to celebrate it as well. And we employed them for their artistic ability and we paid for their expressive ideas. Kirsten Powers went on to suggest that Christians who have such scruples about same-sex weddings are hypocritical if they do not refuse to participate in the wedding of an adulterer. As a matter of fact, some Christian wedding vendors do indeed try to screen their clients in this way. But the fact remains that the marriage of a man and a woman is, in the biblical point of view, still valid. No union of same-sex couples is valid according to the Bible. This is a huge and consequential matter of conscience and conviction.

Jesus, we should note, was often found in the presence of sinners. He came, as he said, to save those who are lost. But there is not a shred of biblical evidence to suggest that Jesus endorsed sin in any way. To suggest otherwise is an offense to Scripture and to reason.

Just days later, Powers was joined by Jonathan Merritt in yet another essay in which they argued that conservative Christians are selectively applying the Scriptures in making their case. They also denied that forcing participation in a same-sex ceremony is a violation of conscience. They wrote:

“Many on the left and right can agree that nobody should be unnecessarily forced to violate their conscience. But in order to violate a Christian’s conscience, the government would have to force them to affirm something in which they don’t believe. This is why the first line of analysis here has to be whether society really believes that baking a wedding cake or arranging flowers or taking pictures (or providing any other service) is an affirmation. This case simply has not been made, nor can it be, because it defies logic.  If you lined up 100 married couples and asked them if their florist “affirmed” their wedding, they would be baffled by the question.”

Their article also perpetuates another major error — that the wedding of a man and a woman under sinful circumstances is tantamount to the wedding of a same-sex couple. In their words, “This makes sure to put just one kind of ‘unbiblical’ marriage in a special category.” But a same-sex marriage is not “just one kind” of an unbiblical marriage — it is believed by conservative Christians to be no marriage at all.

The state might decide to recognize a same-sex union as a marriage, but to coerce a Christian to participate in a same-sex wedding is a gross violation of religious conscience.

And it will not stop with bakers and florists and photographers. What about singers and other musicians? Under the argument of Powers and Merritt, they can be forced to sing a message they believe to be abhorrent. What about writers for hire? This argument would force a Christian who writes for hire to write a message that would violate the deepest Christian convictions. To be forced to participate in an expressive way is to be forced to endorse and to celebrate.

The most lamentable aspect of the Powers and Merritt argument is the fact that they so quickly consign Christians to the coercive power of the state. They should be fully free to try their best to present a biblical argument that the right response of Christians is to offer such services. But to condemn brothers and sisters as hypocrites and to consign their consciences to the coercion of Caesar is tragic in every aspect. We can only hope that they will rethink their argument … and fast.