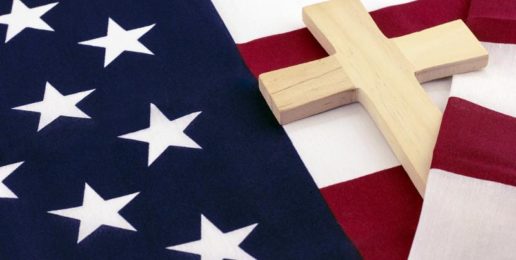 Fulfilling a campaign promise to get rid of the “Johnson Amendment,” President Donald Trump, according to Liberty Counsel, “signed an executive order today that promotes religious liberty throughout the federal agencies in general and in certain specific areas”:

The executive order declares that it is the policy of the Administration to protect and vigorously promote religious liberty, directs the IRS to exercise maximum enforcement of discretion to alleviate the burden of the Johnson Amendment, and provides regulatory relief for religious objectors to Obamacare’s burdensome preventive services mandate.

The Johnson Amendment, named for then-Senator Lyndon B. Johnson of Texas and enacted into law in 1954, restricts tax-exempt organizations, including churches and religious organizations, from endorsing or opposing candidates for elected office. The executive order will provide some relief by directing the IRS to relax its enforcement of the provision.

For decades, the Johnson Amendment has deterred many church pastors and leaders from speaking about the moral issues of the day due to the fear of having their tax-exempt status revoked. Unfortunately, it was also used as an excuse to avoid controversial matters of morality that, over the years, became dominated by politics.

In an article earlier this year, Dr. Michael Brown wrote that he believes “it is the fear of man that has muzzled us and it is our desire to be affirmed by the world that has silenced us”:

The Johnson Amendment, as wrong as it is, is quite limited in its scope, primarily prohibiting “certain tax-exempt organizations from endorsing and opposing political candidates.”

Nevertheless, many pastors and leaders have feared losing church members or offending those who disagreed. Now, with the loss of the excuse of the Johnson Amendment, Christian pastors and leaders can now, in the words of Dr. Brown, get back to the business of helping believers “sort out” cultural matters  “based on Scripture.”

“This is an appropriate way to commemorate the National Day of Prayer,” said Liberty Counsel Chairman Mat Staver, “as our President commits to protect and promote religious freedom.”

To learn more about the Johnson Amendment and what churches can and cannot do, click here.

Editor’s Note:  Today’s action is a great first step in restoring First Amendment religious liberty rights, however it doesn’t change some of our nation’s most troubling laws, like the 1954 Johnson Amendment, or state laws that tyrannize Christian business owners.  We must keep in mind that this Executive Order could easily be overturned by the next president…  so we still have much work to do.

Lawmakers in Washington D.C. and Springfield must still follow through in making real changes to defend religious liberty against despotism.

Would you help IFI continue this work?
Would you contribute $25, $50, or $100 today to help us fight for religious liberty?

Immigration Invasion on the Southern Border
b
a
x
r