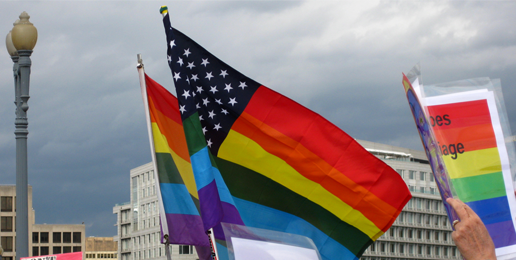 With all the focus on the aftermath of the presidential elections, you might have missed an important victory in the courts recently. As reported November 20 by Liberty Counsel, which litigated the case successfully, “A three-judge panel of the Eleventh Circuit Court of Appeals struck down laws that ban counselors from providing minor clients with help to reduce or eliminate unwanted same-sex attractions, behaviors, or gender confusion.”

Liberty Counsel, led by Mat Staver, represented “Dr. Robert Otto, LMFT and Dr. Julie Hamilton, LMFT and their minor clients who challenged the constitutionality of ordinances enacted by the City of Boca Raton and Palm Beach County which prohibit minors from voluntary counseling from licensed professionals.”

These local, Florida ordinances were part of a disturbing national trend that prohibits minors with unwanted same-sex attraction or gender confusion from seeking professional help.

Of course, under these same ordinances, had these minors wanted help to reinforce their same-sex attraction or gender confusion, that would have been allowed. By all means, let professionals help minors embrace their homosexual desires or their transgender identity.

But God forbid that a 15-year-old male should not want to be attracted to another male. Or an 8-year-old should not want to feel like a boy trapped in the wrong body. No professional help could be offered to them. This is how LGBTQ activists have turned our society upside down.

Let’s say, then, that this 15-year-old male had been raped repeatedly by an older, male neighbor from the ages of 7 to 9, unbeknownst to his parents. As he came into puberty, he felt confused about his sexuality, ultimately realizing he was attracted to males, not females.

He had always dreamed about getting married (meaning, to a woman!) and having children, and he was repulsed by his same-sex attraction, now sharing everything with his parents.

They say to him, “We will get you all the help you need,” and they find a highly-recommended family therapist. But when they share their situation with the therapist, the therapist replies, “Oh, I would love to help you, but it’s against the law. However, I’d be glad to help your son embrace his same-sex attractions. That is perfectly legal.”

What a perversion of fairness, of freedom, and of personal dignity. What an unrighteous and oppressive imposition of the state. Really now, what on earth gives them the right to make rulings like this?

Or consider the case of the 8-year-old girl who is troubled by feelings that she’s actually a boy in a girl’s body. This makes her very uncomfortable, causing confusion for her and her siblings. So her parents reach out to a well-trained professional, feeling they are at their wits end and unable to provide adequate help.

But when they sit down with the family counselor, the counselor says to them, “I would love to help your daughter embrace her girlhood, but I’m strictly prohibited by the law. However, here’s how I can help.

“We’ll work with your daughter to embrace the fact that she’s really a boy, sending her back to school with a new name and dressed like a boy. The school will allow her – actually him – to use the boy’s bathroom. Then, in two years, we’ll start him on hormone blockers to stop the onset of puberty, then have his breasts removed when he’s 18, then schedule him for full-scale gender confirmation surgery at 20, supplemented by male hormones for life. Isn’t that a wonderful option?”

And remember: under these oppressive ordinances, to sit and talk with the child was forbidden by law if that child wanted to feel at home in her own body. But to put her on puberty-blocking hormones as a child, then remove total healthy parts of her body, then put her on hormones for life, was allowed by the law.

To call this perverse is an understatement. Child abuse would be more accurate.

Outrageously, 20 states now ban such counseling, which they label “conversion therapy,” alleging that such therapy is harmful to minors. And last year, California almost passed a ban on such counseling for people of all ages. It would have even prohibited religious leaders from offering such counseling.

Yet this is where things are going unless believers, in particular, joined by all freedom-loving people, push back.

The LGBTQ tyranny must be challenged. The assault on individual rights must be resisted.

Absolutely, categorically not. And that’s why this Florida victory is so important.

In short, “While these 79 studies do provide anecdotal evidence that some SOCE clients report the experience was harmful, they do not provide scientific proof that SOCE is more harmful than other forms of therapy, more harmful than other courses of action for those with SSA, or more likely to be harmful than helpful for the average client. If alleged ‘critical health risks’ of SOCE cannot be found in these 79 studies, then it is safe to conclude that they cannot be found anywhere.”

Old lies die hard, but for those seeking the truth, the data is undeniable.

Last year, in New York City, an Orthodox Jewish therapist challenged the city’s prohibition of SOCE counseling for people of any age “for violating his freedom of speech and infringing on his religious faith and that of his patients.”

With the help of the Alliance Defending Freedom, the city quickly reversed course, leading to this exuberant announcement from Tony Perkins and the FRC in September, 2019: “The last place anyone would expect liberals to rethink their extremism is New York City. But, thanks to a new lawsuit, even the Big Apple seems to understand when it’s vulnerable. ‘Pinch yourself,’ FRC’s Cathy Ruse says. One of the most radical cities on earth is about to walk back its LGBT counseling ban. All because one courageous psychotherapist fought back.”

In Florida, in the 2-1 opinion, Judge Britt C. Grant wrote that, “We hold that the challenged ordinances violate the First Amendment because they are content-based regulations of speech that cannot survive strict scrutiny.”

Precisely. These ordinances represent a fundamental assault on freedom of speech, among other things. May this be the beginning of a national trend.

In fact, as Liberty Counsel noted,

The 11th Circuit decision was foreshadowed by comments in a 2018 U.S. Supreme Court decision, NIFLA v. Becerra, dealing with California’s efforts to regulate speech by pro-life pregnancy centers. In the course of rejecting the argument that governments can regulate ‘professional speech’ without offending the First Amendment, the Supreme Court directly criticized earlier appeals court decisions that had made the same argument in upholding state therapy bans. Justice Clarence Thomas wrote that ‘this Court has not recognized “professional speech” as a separate category of speech. Speech is not unprotected merely because it is uttered by “professionals.

There is reason for real hope. May the righteous pushback continue unless freedom of self-determination is restored for minors across America.