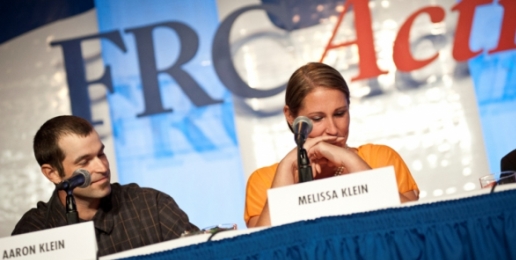 12 Recent Cases Where Christians Were Punished for Their Beliefs on Marriage
12.19.16
PRINT

The Family Research Council has compiled a reporting listing 12 cases this past decade in America where Christian business owners have been punished or threatened with punishment for holding traditional beliefs about marriage in order to comply with anti-discrimination laws regarding gay people.

The list began with the 2006 case of Elane Photography, where Elaine and Jonathan Huguenin refused to provide photography for a same-sex wedding between two women, as it went against their beliefs on marriage. They were sued for their refusal to provide the service, and although they went all the way to the New Mexico Supreme Court, the state’s anti-discrimination laws won over their religious freedom rights, and they were ordered to pay nearly $7,000 in attorneys’ fees.

As The Washington Post reported, the state human rights commission had found that the Huguenins violated the New Mexico Human Rights Act in their refusal to photograph the wedding.

The full list of cases, available on the FRC website, goes all the way up to Carl and Angel Larsen of Telescope Media Group, who are facing the danger of being fined up to $25,000 in damages if they refuse to provide media and film services to gay couples on their weddings — and so they filed a suit earlier this year asking Minnesota law to protect them from being compelled to violate their faith.

FRC’s report explains in its conclusion that the First Amendment is meant to protect all Americans and their right to practice their faith.

“Requiring a cake-baker, wedding photographer, or other artisan to promote a message that contradicts sincerely-held, personal beliefs certainly violates the First Amendment,” the conservative group argued.

“Compelling artists who support natural marriage to speak a particular message by forcing them to participate in a particular event violates the principles of the First Amendment and oversteps the historical use of public accommodation laws,” it added.