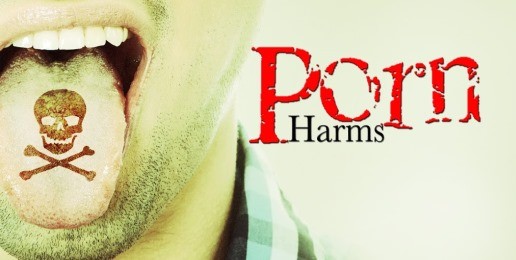 A paper published last month in the scientific journal Archives of Sexual Behavior adds significant data to the growing body of research on pornography. The paper, titled “Pornography and the Male Sexual Script: An Analysis of Consumption and Sexual Relations” is based on a survey of 487 American college men aged 18-29.

Researchers Chyng Sun, Ana Bridges, Jennifer Johnson and Matt Ezzell explain in their abstract: “The more a user watches a particular media script, the more embedded those codes of behavior become in their worldview and the more likely they are to use those scripts to act upon real life experiences. We argue pornography creates a sexual script that then guides sexual experiences.”

In an interview with Pornharms.com, sociologist and therapist Dr. Jill Manning reported that a frequent question from the teenagers she works with is, “What’s the big deal about pornography?” These young people, she reports, are surprised when she tells them what research has shown about pornography use; they often express dismay that no one has warned them about its dangers.

Speaking before a U.S. Senate Sub-committee in 2005, Dr. Manning offered testimony about the effects of pornography that were “not rooted in anecdotal accounts or personal views, but rather in findings from studies in peer-reviewed research journals.”

She listed seventeen trends associated with pornography use, including “increased marital distress, and risk of separation and divorce,” “increased appetite for more graphic types of pornography and sexual activity associated with abusive, illegal or unsafe practices,” and “devaluation of monogamy, marriage and child rearing.”

Not enough people are talking about pornography. Fortunately, there are more and more individuals and organizations working to address this public health crisis. A wealth of information and addiction recovery resources is available online and can be found with a simple Google search. It’s imperative that we become educated about this issue, inform our neighbors and arm the rising generation with the tools to avoid pornography’s trap.