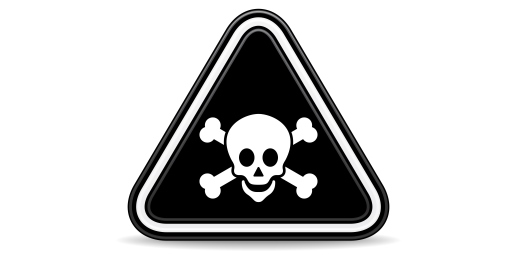 Why just a little pornography can be deadly

“A little pornography can actually be a good thing,” I read in horror. A Facebook friend had just posed the question, “Is pornography good or bad?” and the comments were pouring in. “It’s fine as long as you view in moderation,” came the next reply.

I couldn’t believe what I was reading. We are talking about pornography, right? The stuff that rips apart marriages, ruins lives, and causes many in the church to give up their pursuit of a holy and righteous God? Pornography- the stuff that is scientifically proven to be bad for your brain and statistically horrible for relationships? Good? You are seriously going to make an argument that it is good?

“What sorrow for those who say that evil is good and good is evil, that dark is light and light is dark, that bitter is sweet and sweet is bitter.”

Good is being called evil and evil good. We live in a world that has exchanged the truth of God for a lie. The truth is this: even a little pornography is poison to your soul. Pornography is sin, and sin separates us from God (Matthew 5:27-28, James 1:14-15). You wouldn’t tolerate even a little poison in your food, no matter how much was put in! So why do Christians allow themselves to consume something as toxic as pornography?

Galatians 5 says sin is like a little yeast that works through the whole batch of dough. Pornography may start out feeling like just a little problem, but eventually it will work its way into destroying every area of your life if it is not confronted and dealt with.

As a culture, we have tolerated the sin of pornography and now its status has moved from “horrible” to “not that bad” to “good in moderation.” This is what happens when we make the mistake of comparing our holiness to that of those around us rather than to that of Christ. We think, “I’m doing better than the next guy,” and all of a sudden that one slip up becomes an addictive temptation that leads to spiritual death.

Scripture gives us a clear warning of the danger of giving into such temptation.

“But each person is tempted when they are dragged away by their own evil desire and enticed.Then, after desire has conceived, it gives birth to sin; and sin, when it is full-grown, gives birth to death” (emphasis added).

Here’s what I find fascinating though. The person who posed this question openly admitted that they felt shame for viewing pornography. “If it’s not wrong, then why do I feel bad about it?” they wondered.

The conversation then took an interesting turn as my peers began to discuss the potential source of this shame. A few possible reasons were discussed. “Maybe you need to stop hanging around with people who make you feel that way,” suggested one person who boasted he felt no shame in his own pornography viewing.

But no one said, “You are feeling shame because you have sinned against God and need to repent.”

According to pastor John Piper, there is such a thing as well-placed shame. He said, “Well-placed shame (the kind you ought to have) is the shame you feel when there is good reason to feel it. Biblically,  that means we feel ashamed of something because our involvement in it was dishonoring to God. We ought to feel shame when we have a hand in bringing dishonor upon God by our attitudes or actions.”

I believe when it comes to pornography, the tightening in your stomach, the fear of being exposed, the uncomfortable feeling I hope you still feel…is well-placed shame. It is the result of the convicting work of the Holy Spirit at work in your life. And if you ignore that feeling you will eventually stop feeling anything at all.

We live in a world that rejects shame and encourages us to be our “true selves” no matter the spiritual consequence. “It’s natural to feel that way. Don’t let others look down on you for your passions and desires,” the world says. But God’s word says that those who belong to Christ Jesus have “crucified the flesh with its passions and desires.” When the world tells you sin is okay, it only makes you feel comfortable on your path to destruction. Well-placed shame, however, can lead a person toward repentance.

Though feeling well-placed shame can be a good thing, it is not the same as repenting. To repent is to stop what you are doing and turn away from it. It is not feeling remorse for “getting caught” or feeling bad for how your actions have affected others. It is about you crying out to a Holy God and honestly admitting your faults. It’s about admitting that you are helpless without Christ and asking Him to give you the power to overcome sin.

When we truly repent, God takes away our sin and our guilt so that we no longer have to wallow in it. Rather, as Scripture says in Hebrew 4:16, we can “approach God’s throne of grace with confidence, so that we may receive mercy and find grace to help us in our time of need.”

We no longer need to feel condemned because as it says in Romans 8:1:

“There is therefore now no condemnation for those who are in Christ Jesus.”

To read more about Piper’s thoughts on well-placed shame, check out these great articles:

This article was originally posted at AFA.net.