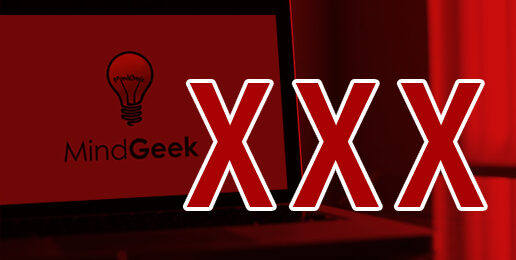 On February 12, 2021, two anonymous plaintiffs filed a class action complaint in Alabama Federal Court against pornographer MG Freesites, an international syndicated pornography corporation headquartered in the Republic of Cyprus and having organizations and doing business in at least 6 countries including the U.S. (as Mindgeek, USA, Inc., Delaware).

For it is shameful even to speak of the things that they do in secret. ~Ephesians 5:12

Intentionally avoiding further promotion of Mindgeek’s evil operations, it is noted that Mindgeek owns and operates some of the most well-known and well-trafficked web-sites where illegal pornography, including some of the worst imaginable perversion, is provided for free, to everyone, everywhere, on the Internet.

In “Doe v. Mindgeek” (plaintiff’s identities protected by a pseudonym) two plaintiffs, representative of all similarly situated victims, now-adult women, who were under eighteen years of age at the time of filming, were drugged, raped and depicted in commercial sex acts and child pornography, which was then made available for viewing on websites owned, operated and controlled by defendant pornographers who exploited this unbelievably vile child sex abuse material for profit.

The conscience of our society is becoming more and more seared with respect to the horrible wickedness of pornography.

As a very sobering, and particularly educational for us who are parents, reminder of how serious this problem is, and our culture’s typical reaction, readers are encouraged to recall the impact of pornography on serial killer Ted Bundy as shown in Dr. James Dobson’s famous interview (1989).

It is a great providence therefore, that several federal laws have been passed in recent years to penalize wicked  businesses engaging in sex trafficking and child pornography.

Congress passed in 2000, re-authorized in 2003, and amended in 2008, the Trafficking Victims Protection Reauthorization Act (“TVPRA”) penalizing the full range of human trafficking offenses, including the sex trafficking of children under the age of 18 or sex trafficking by force, fraud, or coercion.

The 2018 passage of the Fight Online Sex Trafficking Act (“FOSTA”) and Stop Enabling Sex Traffickers Act (“SESTA”) clarified that these laws would be enforced against internet and web-based companies that advertise and profit from sex trafficking. The FOSTA/SESTA amendment to the Communications Decency Act (47 U.S.C. § 230) makes web-based companies liable regardless of whether the conduct occurred, before or after enactment.

These are great laws, providing significant criminal and civil liability to these businesses, but somebody has to go after them!

That is why it is very encouraging for this long overdue legal action to move forward. It is the very heart of justice in our American Republican self-government.

The complaint alleges that one prominent Mindgeek web-site uploads 18,000 videos daily, with an average length of approximately 11 minutes per video.  Mindgeek’s attempt to avoid publishing material in violation of these laws requires moderators to review approximately 1,100 minutes of video each hour.

The complaint further alleges that Mindgeek’s employees, knowing this to be an impossible task,  are even encouraged not to remove child pornography by its policy of paying annual bonuses based on the number of videos approved.

The complaint alleges that the images of plaintiffs continue to be displayed, despite being identified as minors and requests to remove them.

The suit requests injunctive or any other equitable relief to plaintiffs and requires the defendants to identify and remove child pornography and implement a very long list of corporate-wide policies and practices to prevent continued dissemination of child pornography or child sex trafficking.

The suit also requests all available damages, in favor of both plaintiffs and the entire class, including:

It is easy to see that such an award could be enormous.

If successful, this case has the potential to severely harm this morally debased business through:

The case looks very good from a legal perspective, satisfying all elements of the relevant laws.  These are excellent and world-class attorneys representing plaintiffs.  The judge is a George W. Bush appointee.  A success will open the door for similar lawsuits, and possible criminal action.

They dug a pit in my way, but they have fallen into it themselves.  ~Psalm 57:6b

In addition to winning the suit however, the most difficult obstacles to recovery and destruction of this evil business, will be identifying more class members, and the difficulty of enforcement of court sanctions against a largely foreign corporation.

Christians should continually pray for the attorneys and plaintiffs in this action, and also that the Lord would bring similar lawsuits to other pornographers.