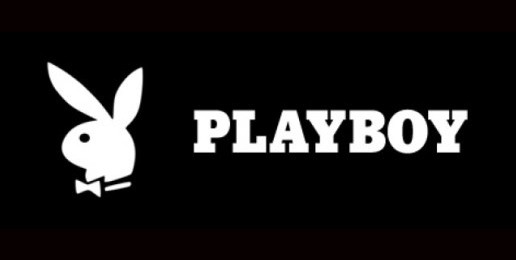 Bad News, Indeed – Playboy Opened the Floodgates and Now the Culture is Drowning
Written By   |   10.23.15
PRINT

A venerable parable from Confucian China told of an elderly man who had seen emperors and events come and go, and observed from his Confucian worldview that good news and bad news were often difficult to tell apart. “Good news? Bad news? Who’s to say?,” he would reply to any news from his neighbors.

I thought of that parable when I read the headlines that announced the news that Playboy would cease the publication of nude photographs of women in its magazine. From any moral perspective, that should appear as good news. The headlines might suggest that Playboy has had a change of heart. A closer look at the story, however, reveals a very different moral reality. Playboy acknowledged that its decision had nothing to do with any admission that pornography is morally wrong. Instead, the publishers of the magazine were acknowledging that their product was no longer commercially viable as explicit pornography because pornography is so pervasive in the Internet age that no one need buy their product.

Scott Flanders, Playboy CEO, told the media that his product had been overtaken by the larger culture. “You’re just one click away from every sex act imaginable for free. And it’s just passé at this juncture.”

That is one of the most morally revealing statements of recent times.Playboy has outlived its ability to transgress and to push the moral boundaries. As a matter of fact, it was a victim of its own sad success. Pornography is such a pervasive part of modern society that Playboy is now a commercial victim of the very moral revolution it symbolized and promoted for decades.

Reporting on the story, of The New York Times commented: “Now every teenage boy has an Internet-connected phone instead. Pornographic magazines, even those as storied as Playboy, have lost their shock value, their commercial value and their cultural relevance.”

That is a stunning and sadly accurate assessment on all three fronts. The iconic magazines of the sexual revolution, the very magazines that promoted the sexual revolution and opened the floodgates to even more explicit and graphic pornography, have lost their ability to shock, their ability to sell themselves to the public, and their cultural relevance — and it is precisely because the culture has become Playboy and what was once shocking is now a feature of mainstream American culture.

Playboy once had a paid circulation of near 8 million. According to the Times, it has only 800,000 subscribers now. The market is much larger than ever, but the marketplace is now the polymorphous perversity of the digital age.

“That Battle has Been Fought and Won”

Another very revealing comment from Flanders was more ambitious. “That battle has been fought and won,” he said. “That battle,” we should note, was the declared battle to overthrow an entire system of sexual morality that had once defined pornography as sin and affirmed the responsibility of a civilized society to uphold the dignity of sex and the sanctity of marriage.

As Elizabeth Fraterrigo, author of Playboy and the Making of the Good Life in Modern America, noted: “Playboy magazine played a significant role in defining an alternative, often controversial, and highly resonant version of the good life.”

That was the goal of Playboy founder Hugh Hefner. Hefner saw himself as a moral revolutionary, even bragging that Playboy “certainly made it possible to open up the floodgates” to the deluge of sexual libertinism that it encouraged, commercialized, and symbolized.

Flanders told the Times that the world has now adopted the Hefner worldview to the extent that his libertarian views on an entire range of moral and social issues are now so widely shared that the magazine’s ability to package pornography is outdated.

By almost any measure, that statement rings true. Pornography is now mainstream entertainment and available 24/7 just a click away. The vision of sexuality glorified by Playboy is no longer on the cutting edge of moral change. Playboy won the battle and can now leave the battlefield commercially wounded but culturally victorious.

The Playboy Philosophy and its Underlying Theology

Hugh Hefner was never less than ambitious and he was never covert in his goals. He wanted to transform American sexual morality and break down the Judeo-Christian sexual morality that was once dominant in the culture. He presented what he identified as the Playboy philosophy of life, and he packaged his product as a way of selling men on the sexual objectification of women — while claiming to present a portrait of sophisticated male sexuality that was both glamorous and free from the shackles of traditional morality.

Underlying every moral philosophy there lies a theology. In Hefner’s case, that theology was also in public view. He told journalist Cathleen Falsani that he was a “spiritual person, but I don’t mean that I believe in the supernatural.” He said that he believes in a creator, but not in the God of the Bible.

Further: “I urge one and all to live this life as if there is no reward in the afterlife and to do it in a moral way that makes it better for you and those around you, and that leaves this world a little better place than when you found it.”

As Falsani understood, there was a “Playboy Theology” that explained the Playboy Philosophy:

Hef doesn’t believe in a ‘biblical God,’ but he is fairly adamant about the existence of a ‘Creator.’ He hasn’t been to a church service that wasn’t a wedding, funeral, or baptism since he was a student at the University of Illinois in the late 1940s, but says he worships on a regular basis while walking on the grounds of his own backyard. And he follows a system of morals, but not those gleaned from the Methodism of his childhood–or at least not the ones that pertain to sexuality.

A theology that rejects the “biblical God” and any notion of divine judgment or the afterlife is integral to the Playboy Philosophy, and the overthrow of Christianity as a belief system precedes the rejection of Christian sexual morality. And all this came as Hugh Hefner made millions exploiting women and mainstreaming pornography.

The headlines announcing that Playboy would no longer feature nude photographs of women looked like good news, but the underlying story is horrifying in moral terms. Playboy did open the floodgates and pornography now pervades the entire culture. Hefner’s moral philosophy and its underlying theology are now mainstream in America, and the current Playboy CEO can claim “that battle has been fought and won.”

What you should hear in that claim of victory is the fall of an entire civilization and the moral consensus that made that civilization possible. Any morally sane person must recognize that as horrifyingly bad news, indeed.