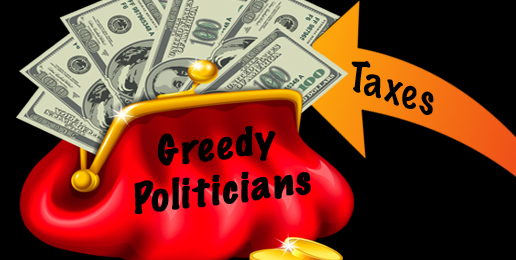 The Push for a Graduated Income Tax as Illinois Hurtles Towards the Abyss
Written By Timothy J. Dailey   |   04.25.19
PRINT

If Governor J.B. Pritzker has his way, Illinois will institute a graduated income tax to replace its flat 4.95 percent tax rate. The governor claims that increasing the tax rate will generate billions in new revenue while only raising taxes on the wealthiest 3 percent of taxpayers with income of more than $250,000.

Before legislators can consider the proposal, however, voters must first pass a referendum that removes language in the state constitution mandating a flat income tax rate. They face an uphill battle: though Democrats control the Illinois General Assembly, the rules require that the referendum for a state constitutional amendment pass by an “extraordinary majority.”

Both sides are gearing up for the anticipated fight. As with any battle, there is truth to the adage of the ancient Greek philosopher: “The first casualty when war comes is truth.”  Think Big Illinois, a progressive group that endorses a graduated income tax based upon income, claimed: “In almost every state with an income tax, wealthy people pay a higher tax rate than the middle class.”

The fact-checking organization PolitiFact Illinois begged to differ, pointing out that “Even by the most conservative definition, there are 19 states with income taxes that do not apply higher rates to the earnings of the wealthy—nine flat tax states and 10 with graduated taxes with rates that top out at income below $25,000. Add in another eight states where top rates for married couples kick in somewhere between $31,000 and $104,000, and the Think Big claim becomes even more dubious.” The reality is far from the assertion that “‘almost every’ income-taxing state levies a higher rate on top earners, earning this claim a rating of Mostly False.”

But how much would a graduated income tax improve the state’s dire financial condition? By September 2017, Illinois was in arrears to the tune of $16 billion and has accumulated the worst unfunded pension debt in the nation. At best the referendum would only partially address the shortfall.

Far from “plugging Illinois’ fiscal hole,” the Commission on Government Forecasting and Accountability estimates that the tax increase would at most decrease that debt by only $5 billion per year (other estimates put the figure as low as $3.4 billion), let alone solve the pension crisis and provide needed additional funding for the cash-strapped school system, healthcare, etc. In fact, the additional income would be quickly swallowed up by the growing $4.7 billion shortfall per year accumulated by the state’s five major pensions.

And the new revenue wouldn’t begin to address the hundreds of local pension funds in the state that are drowning in debt. In fact, Moody’s estimates that Illinois has a stratospheric–and frankly unimaginable–$234 billion in unfunded liabilities.

Any additional revenue generated by increasing income taxes would have minimal effect. According to an article posted by the Illinois watchdog group Wirepoints: “The new revenue would barely dent our problems and only further enrage the Illinoisans who are already fed up and ready to leave.”

The bill is coming due for a state which for decades has been run by free-spending politicians who annually approve ever-ballooning budgets that have routinely raided the state’s pension funds and driven up debt to unsustainable levels. Yet many politicians appear to be constitutionally incapable of accepting blame or recognizing that grave financial improprieties have become the norm in the state, giving new meaning to the biblical admonition about those who brazenly wipe their mouths and say: “I have done no wrong.”

Again, to quote Wirepoints, such politicians “ignore growing debts and count borrowed money, asset sales and raids on segregated funds as income.”  There are no easy solutions, but there is no escaping the looming abyss, and we can only hope and pray that the Prairie State will find the courage to enact fiscal revolution, beginning with pension reform and making the hard choices necessary to–as most families have learned to do–live within its budget, as Illinois’ Constitution requires.

Take ACTION: Click HERE to ask the governor and your state lawmakers to vote against any legislative proposal that would increase tax burdens for Illinois citizens.

More taxes, more spending, more debt and more bleeding of Illinois families.  That’s the message too many state lawmakers are advancing for the citizens of Illinois.

Let them know that you oppose any new tax increases when they refuse to cut government waste and bloat. You can also call your lawmakers through the Capitol Switchboard at (217) 782-2000.