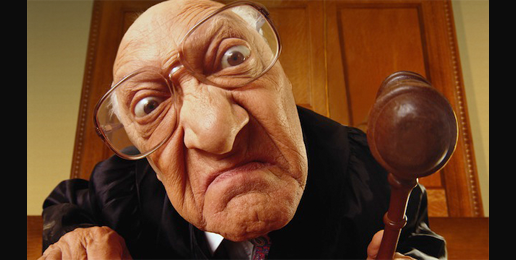 The judicial branch at both the state and federal level continues to overstep their authority by meddling in the affairs of the legislative and executive branches. And the audacity of judges appears to be increasing.

Just two weeks ago the Chicago Tribune reported this:

A judge has ordered Illinois officials to add intractable pain as a qualifying condition for medical marijuana, a ruling that could greatly expand access to the drug.

The Illinois Department of Public Health had rejected intractable pain — defined as pain that’s resistant to treatment — but Cook County Judge Raymond Mitchell ordered the agency to add the condition.

A health department spokeswoman said Tuesday the agency will appeal the ruling. The change is expected to be put on hold while the appeal is pursued.

If Cook County Judge Raymond Mitchell wants to set policy, he should run for governor or for a seat in the General Assembly.

Whether it is concerning sanctuary cities and states, Trump’s actions on limiting immigration, DACA, or transgenders in the military, courts are getting into the act by pretending to hold executive or legislative power.

Those federal judges who choose to ignore the U.S. Constitution and statutes should be impeached. Those aren’t my words, but Tom Trinko’s over at American Thinker:

[J]udges who issue insane edicts must be impeached. It’s time for the people to voice the truth that judges are not some “super” agents who override the authority of the people’s representatives.

We are witnessing a treasonous rebellion by leftist judges who are declaring the last election null and void.

At the core of these traitors’ arguments is the belief that the people do not have the right to express their views through the electoral process.

Essentially, these courts are declaring that President Trump doesn’t have the same authority as his predecessor and that the powers of the executive branch are constrained by what the judiciary thinks is good policy.

As hot as that rhetoric might sound, what Trinko writes next shows that it isn’t:

These judges assert that President Trump can’t overrule the executive orders of his predecessor with his own executive orders. If that were the case, elections would be meaningless, since one president could effectively prevent the people from rejecting his position by voting for a candidate who disagreed with him.

Writing at National Review, Josh Blackman penned a piece titled, “A Ludicrous Ruling That Trump Can’t End DACA.” In it he sarcastically writes:

On January 20, 2017, the executive power peacefully transitioned from President Obama to President Trump. At least one judge in San Francisco didn’t get the memo.

Later in the article, Blackman writes:

I am unable to think of any decision where a court has ordered a president to exercise discretionary authority he has deemed unconstitutional.

A federal judge has ventured far beyond mere judicial activism in declaring that the president cannot alter the policy of his predecessor regarding men who consider themselves women, and vice versa, serving in the military.

In effect, this judge has deemed President Trump to no longer be commander-in-chief.

This is a gross usurpation of power that, if permitted, establishes a precedent for any federal judge to stay the hand of the president in the conduct of war. This egregious overreach must be resisted and punished.

Resistance and punishment, however, require courage on the part of the other two branches. Congress can strip jurisdiction from the courts, and the President can ignore court “orders” that are clearly out of bounds.

Short of that, Herring writes, “one federal judge can illegally stop the president from exercising his constitutional power for months or years.”

The medical and recreational marijuana debate is not an issue for the courts, but for the people through their elected representatives in the legislative and executive branches. Courts that seek to amend legislation or limit or direct constitutionally or legislatively granted executive powers should be, at a minimum, ignored.

If the citizens of the United States are to have a constitutional government, the legislative and executive branches must push back at the judicial branch’s overreach. Not only would that action begin to deter bad behavior by judges, it would be a learning moment for the part of the country that never received a proper education concerning our state and federal Constitutions.