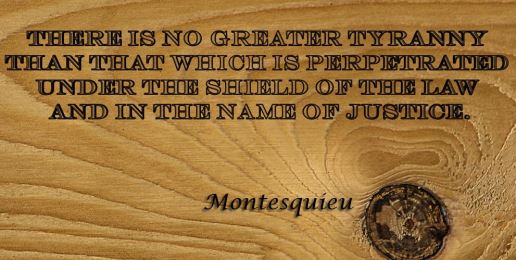 Note: now that rogue and renegade federal judges have struck down amendments that protect natural marriage in Mississippi and Arkansas, passed with 86 percent and 75 percent of the vote respectively, it’s time once again to review the solution: courageous governors.

There is one and only one short range solution to a runaway judiciary on the issue of sodomy-based marriage: a governor with the testosterone to stand up and just say no.

Governors take an oath of office to uphold the federal constitution and the constitution of their own state. Any governor in any state with a marriage amendment as a part of his constitution has the right, nay, the duty, to refuse to comply with any judicial order to recognize same-sex marriage.

The Constitution is utterly silent on the topic of homosexuality and marriage, which means, according to the Constitution the Founders gave us, this is an issue reserved exclusively to the states.

Any ruling from any federal court that imposes domestic policy on a state is by its very nature unconstitutional, and no governor has any obligation to obey it. In fact, quite the opposite. He must refuse to comply with it, for to comply would mean he must violate his own sacred oath of office.

A governor’s oath is to defend the Constitution of both the federal government and his own state. Defending something by definition means protecting it when it is under attack, regardless of where that attack comes from — even if the attack comes from a federal judge, a federal court, or the Supreme Court itself.

Governors have been meekly capitulating to judicial tyranny, one after the other, and timidly abandoning their posts.

Americans have no understanding of how little power the federal judiciary actually holds. It was designed by the Founders to be the least powerful branch of the federal government, with its jurisdiction limited to settling matters of dispute between individual states and matters of international controversy. The Supreme Court met in a closet for the first several decades of its existence, a sign of the lowly stature it occupied under the Constitution as written.

But the federal judiciary has mutated into a gargantuan beast, looming over liberty, freedom and the Constitution itself, and imposing its own benighted and twisted version of morality on the entire country with no legal, statutory, constitutional or moral authority.

But it has no police force it can order to arrest or detain anyone. If its unconstitutional rulings are ignored, what will the Supreme Court do? It can issue an arrest order, I suppose, but if a governor will not allow it to be executed, what can the Court do? The answer is nothing.

President Andrew Jackson once said, of a decision handed down by the chief justice of his day, “John Marshall has made his decision; now let him enforce it.”  What happened in the face of this defiance from a co-equal branch of government? Precisely nothing.