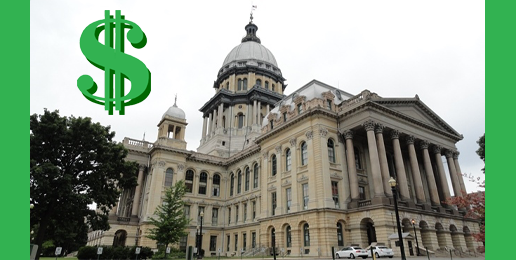 The Illinois Family Institute (IFI) and its sister organization Illinois Family Action (IFA) have posted “about” pages that summarize each group’s mission on their respective websites (IFI, IFA).

Occasionally IFI and IFA receive notes from friends and allies questioning some aspect of the organizations’ activities. One recent email expressed concern over our coverage of the tax code debate and other policy issues that the sender viewed as irrelevant to what he believes is IFI’s or IFA’s mission to advocate for conservative positions on only the social issues.

There are some IFI/IFA supporters who are “social issues” conservatives and, therefore, do not think IFI or IFA should take positions on economic issues. They request that IFI/IFA “not mix the two,” saying that “Jesus never took a political side,” and “Neither should you if you claim to speak with a Christian voice.”

Author and radio talk show host Dr. Michael Brown wrote a column on this topic, articulating the questions with which Christians wrestle:

In response to letters from people who agree with him on the social issues, Dr. Brown wrote the following:

Some point to Jesus’ comment in John 18 when He said to Pilate shortly before His crucifixion, “My kingdom is not of this world” (John 18:36). If it were of this world, He explained, then His servants would have been fighting for him not to be delivered up to His captors.

But in saying this, Jesus hardly meant that we should not be involved in the affairs of this world. After all, feeding the hungry and clothing the poor and educating our children and working our jobs are all “of this world.” Should we stop doing these things and simply go on a mountaintop to pray, waiting for the Lord’s return? (Of course, we’d soon have to figure out how to get food and where to sleep–all issues of this world.)

In reality, what Jesus was saying was this: “My kingship does not derive its authority from this world’s order of things. If it did, my men would have fought to keep me from being arrested by the Judeans. But my kingship does not come from here” (Jn. 18:36, CJB).

Just because we are “passing through this world” and “it is not our eternal home,” Brown writes, “doesn’t mean that we don’t fight against injustice or champion the cause of the needy, nor does it mean that we remain silent on important political and social issues.” Brown clarifies the responsibilities of Christians:

Abortion. Marriage. Parental freedom regarding education. Religious liberty. Obscenity. Those are a few areas easily categorized as issues that have a clear moral impact.

What about energy policy? Foreign policy? Health care policy? Tax rates? And there are almost countless other areas where government spending doesn’t seem to be obviously moral in nature.

Recently, IFI executive director David E. Smith had this to say on the topic:

The Illinois pension problem and state budget issues that we’ve been writing about are moral issues that affect families, businesses and churches across the state. It is not among the main issues that we’ve addressed over our 25 years of ministry, but the irresponsible and reckless stewardship of tax resources that plagues our state should be a growing concern to Christian citizens of this state.

We are blessed by God with the gift of self-government.  It absolutely matters how we steward it.

Inside the Beltway, federal policymakers tend to think in terms that separate “economic” policy from “social” policy. But life in homes and communities around the country doesn’t organize into such neat categories.

“Cultural decline,” DeMint wrote, “did not emerge entirely on its own”:

Perverse incentives created by public poli­cies have contributed to social breakdown. The law is a teacher, and decades of policies undermining families and communities have taught neighbors to depend on the government rather than each other, with dire consequences for the very people those policies were designed to help.

DeMint is correct. For over half a century, immoral government economic policies have caused havoc when it comes to the family structure and stability. For even longer, government policy on health care has left many families struggling to afford both health insurance and health care. One of the greatest threats to the family in this state continues to be the use and abuse of tax dollars.

As part of its work in defending faith, family and freedom, IFI and IFA must cover economic issues. Spending future generations into debt, after all, is a moral issue.

A Narco-Nation of Potheads, Courtesy of George Soros
b
a
x
r