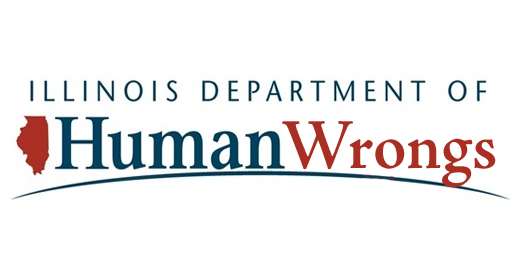 A three-person panel of commissioners from the 13-member Illinois Human Rights Commission (IHRC) has decided not to review the egregious decision of IHRC administrative law judge Michael Robinson in the discrimination complaint filed by homosexuals Todd and Mark Wathen against Christian bed and breakfast owner Jim Walder.

In 2011, the now “married” Wathens, inquired about renting the Timber Creek Bed & Breakfast facility in Paxton, Illinois for their civil union ceremony. Because of his religious beliefs about the immorality of homoerotic activity and relationships, Mr. Walder informed Todd Wathen that he would not rent his facilities to Mr. Wathen and his partner for a civil union ceremony.

The Wathens then filed a discrimination complaint with the IHRC—a kangaroo-esque tribunal committed to normalizing homoeroticism through quasi-judicial means.

Last spring, Judge Michael Robinson issued his order which would require Mr. Walder to do the following:

– Pay $15,000 each to Todd and Mark Wathen as compensation for their emotional distress arising out of the issue.

-Cease and desist from violating the Human Rights Act by denying same-sex couples access to its facilities and services for marriages and civil unions.

-Offer the Wathens access to the facility, within one year, for an event celebrating their civil union.

Mr. Walder’s attorney, Jason Craddock, filed an “exception” which was reviewed by the three commissioners who have decided that Judge Robinson’s decision should stand.

If you’re not angry yet, here’s some information that may raise your hackles.

The third commissioner on the panel was Patricia Bakalis Yadgir, a Quinn appointee whose husband is Director of Communications and Senior Policy Advisor for Illinois Secretary of State Jesse White and whose father is former state comptroller, former state superintendent of education, and former Democratic gubernatorial candidate Michael Bakalis.

Here’s where it really gets interesting. State law prohibits more than seven members of the same political party from serving on the IHRC. Currently there are 6 Democrats, 5 Republicans, and two “Independents.” And who do you think the two “Independents” are? None other than (no snickering) Terry Cosgrove and Patricia Bakalis Yadgir.

In reality, therefore, there are 8 Democrat and 5 Republican commissioners on the IHRC. And there were no Republicans on the panel reviewing the complaint against the Walders.

So, after learning a bit more about the commissioners who made the decision on the Wathen’s complaint, can anyone read this statement from the Illinois Human Rights Commission with a straight face:

Here are just a few comments about marriage, homoeroticism, and the plight of Christian owners of wedding-related businesses on which the intellectually slothful among us might spend some time ruminating:

Mr. Walder has two remaining options: He may file an appeal to have the case reviewed by the entire ideologically imbalanced 13-member IHRC or file an appeal with an appellate court. Let’s hope he and his legal counsel don’t stop now.

Take ACTION:  Please click HERE to contact Governor Rauner to express your opposition to his appointment of Democrat and homosexual activist Duke Alden and to urge him to investigate the Illinois Human Rights Commission’s efforts to circumvent the law prohibiting political imbalance on the Commission.