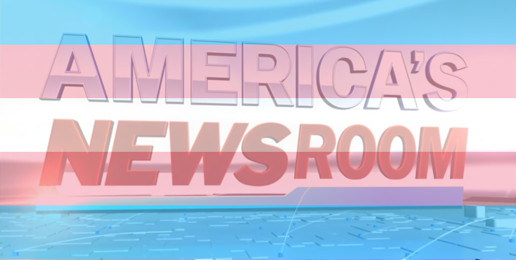 On Tuesday of this week, Megan Fox at PJ Media reported on Fox News’ correspondent Bill Melugin’s somewhat foolish account of child rapist James Tubbs. While Melugin gets the heinous nature of Tubbs’ crime and the terrible response to it by the Los Angeles County District Attorney correct, he plays into the lefts’ hands when it comes to their perverse gender ideology. As Mrs. Fox notes,

While reporting on a gruesome story in which child rapist James Tubbs (who calls himself “Hannah”) has been caught on tape bragging about the light sentence he got after sexually assaulting a ten-year-old in a bathroom, Fox News correspondent Bill Melugin went out of his way to call Tubbs “she” and “her” multiple times on America’s Newsroom. It’s not only wrong but confusing to the audience. Why would Fox News join the woke gender bullies who demand that everyone gets their preferred pronouns no matter what our eyes tell us or despite whatever heinous crime they’ve committed?

Mrs. Fox goes on to note that,

Strangely, Melugin did not call Tubbs “she” and “her” on Tucker Carlson’s show, seeming to know the audience wouldn’t appreciate calling the convicted child rapist “she.” So what’s the story? Is Melugin required to use the preferred pronouns of psychopaths, or is it a personal choice?

Sadly, it seems that Melguin’s ignorant use of the English language is indeed an indication of policy on America’s Newsroom. Yesterday, in order to again discuss Tubbs’ case, the day after Melguin’s appearance, America’s Newsroom co-host Bill Hemmer had on Alex Bastian, a special advisor to inept Los Angeles County District Attorney George Gascon. In the segment, multiple times Hemmer referred to Tubbs using the female pronouns “she” and “her.”

This is a shameful display and plays right into the hands of the evil LGBT agenda. To her credit, Dana Perino—the other America’s Newsroom co-host—read a quote from Tubbs’ victim. It declared,

The things he did to me and made me do that day were beyond horrible for a 10-year-old girl to have to go through. That man was very clear minded and old enough to know what he did that day was wrong and still did it anyway.

Perhaps this was Perino’s way of sticking it to the pronoun propagandists at Fox, and rightfully pointing out the truth on who exactly is James Tubbs. If that’s the case, then good for her. However, it shouldn’t be necessary, especially not when almost every other mainstream news organization in America long ago abandoned the truth on who is a male and who is a female.

This is not a woman. Period. pic.twitter.com/7wvx0BbCVV

In order to defeat the wicked gender-deluded mob, we need as many agents for the truth as possible. It would be nice if we—those on the side of truth—could count America’s Newsroom as an ally this fight.

This article was originally published at TrevorGrantThomas.com.