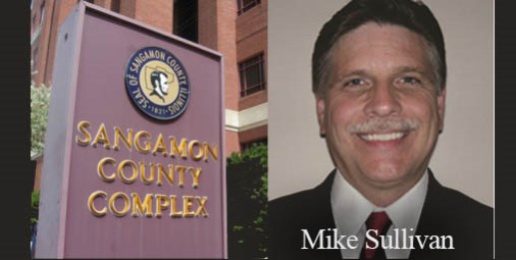 In today’s “politically correct” America, it is evidently a possible offense to quote a former president and discuss the role of Christianity in the founding of the nation.

The State Journal-Register’s political reporter Bernard Schoenburg recently reported on an invocation given at a recent Sangamon County Board meeting in his column titled “Prayer at county board raises church-state question.” The prayer, delivered by board member Mike Sullivan is, according to Schoenburg “getting some attention and has come under some criticism.”

“Lord in heaven, during this Christmas season as we celebrate the birth of your son, Jesus Christ, we are reminded that our country … was founded on godly principles by God-fearing men and women who believed in the Holy Bible and thereby set up a form of government for a God-fearing populace.”

You can listen to the entire prayer here.

(Note the enthusiastic “Amens!” after it.)

County board member Mike Sullivan also included quotes from founding father John Adams and from Noah Webster, who famously wrote in a letter to James Madison, “The Christian religion, in its purity, is the basis, or rather the source of all genuine freedom in government.”

Was quoting Adams and Webster what triggered the need for some to seek out a “safe space”? Was it how Sullivan introduced the Adams quote?: “Today Lord, as our country appears to be more and more divided between believers in your son Jesus Christ and non-believers…”

Or was it how he closed the prayer by asking those assembled to:

“humbly pray for the forgiveness of our sins and that our fellow countrymen will unite with us in inviting you into their hearts and souls making us one nation under God, thereby allowing the God of the universe to bless our country so it will be truly great again.”

“In the name of your Son, Jesus Christ, Amen.”

Board Chairman Andy Van Meter explained that it is “routine for board members to give the invocation,” and that the members “take turns giving the prayer as each meeting begins.”

“All are heartfelt,” Van Meter said. “Some are more articulate than others. We also have invited religious leaders from denominations not represented on the board from time to time as well. We do not presume to give guidelines. Tony is welcome to give the prayer any time.”

Tony DelGiorno, the offended board member who posted the prayer on Facebook cited his ancestors who were persecuted in America because of their Catholic faith and said, “I find religious elitism abhorrent to the 1st Amendment principle of religious freedom in a nation and a community that is made better by our friends of all faiths.”

It is unclear from Schoenburg’s article what, exactly, demonstrated “religious elitism” in the prayer, nor, exactly, how it is “abhorrent to the First Amendment” to exercise freedom of speech and to express one’s faith during an invocation.

Sullivan said that he didn’t mean to offend anyone with the prayer, and that he was “merely stating some factual history.” Evidently, to paraphrase John Adams, to some people “facts are scary things.” This sad tale is why prayer has never been more important — especially when it comes to the operation of our government.