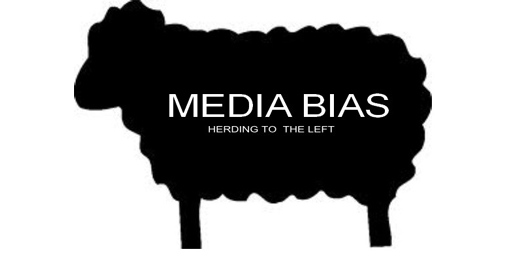 Leftist Chicago Tribune columnist Rex Huppke has penned a column on the recently released Nashville Statement. His article is titled “150 Evangelicals DENY love for LGBT people.” The Nashville Statement is a critically important and desperately needed document that succinctly affirms theologically orthodox positions on homosexuality, marriage, and the objective goodness and immutability of maleness and femaleness.

Pastor, theologian, and signatory John Piper says this about the Nashville Statement:

It speaks with forthright clarity, biblical conviction, gospel compassion, cultural relevance, and practical helpfulness. There is no effort to equivocate for the sake of wider, but muddled, acceptance.

It is built on the persuasion that the Christian Scriptures speak with clarity and authority for the good of humankind.

The love Jesus encouraged is often distorted in ways that, in my mind, run afoul of what the man was talking about. The Nashville Statement is one of those distortions, a declaration that some love is acceptable and some love isn’t…. I don’t buy that. I’ll never buy that….

What must Huppke think of the judgmentalism of Jesus who told the adulteress to stop “loving” all those men? And what about the Apostle Paul who condemned a man for “loving” his step-mother? And then there was that judgmental Moses carrying on about those who “love” their close relatives and animals.

George Bernard Shaw famously said animals are his friends. Shouldn’t people be free to “love” their friends? I mean, love is love. Who are we to judge?

Huppke says that “declaring LGBT people and their allies sinners doesn’t strike me as a particularly kind gesture.”

The Bible declares that all people are sinners—not just “LGBT” people and their allies:

“None is righteous, no, not one; no one understands; no one seeks for God. All have turned aside; together they have become worthless; no one does good, not even one.”

“There is no fear of God before their eyes.… for all have sinned and fall short of the glory of God…”

Not very kind by the standards of post-Christian cultures.

Huppke believes “it’s an offense to God to not acknowledge that all humans are different, to ignore the fact that telling LBGT people that they’re sinners, that their identity is wrong, that they’re somehow imperfect, is wildly and dangerously damaging, not to mention a sin in and of itself.”

Perhaps Huppke’s most dishonest statement is this: “I’m not going to tell anyone what they should believe or what God wants or what makes someone a good Christian.” Then he goes on to tell everyone what they should believe, what God wants, and what makes someone a good Christian, and he does so from an acknowledged position of theological ignorance.

Affirming what the Bible says is never unkind, though it may be unpleasant for some to hear. Affirming as good volitional acts that God condemns may be pleasant to the “itching ears” of those who want to engage in those acts, but it is profoundly unloving.

Can a Progressive’s ‘Inclusive Values’ Include Christianity? (National Review Online)

The Nashville Statement Isn’t About Trump, And A Ton of Evangelicals Support It (The Federalist)

The Progressives Who Cried Bigotry (The Week)

Why The Nashville Statement Is Needed (The American Conservative)

The War on the Private Mind

Angie’s List Sides Against Christians
b
a
x
r