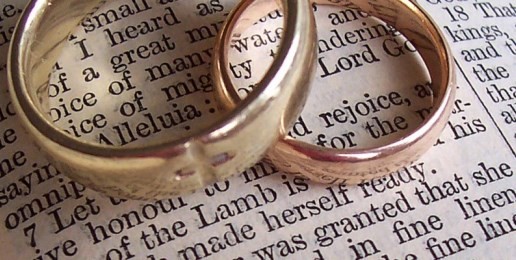 Hey, gals, want to avoid being raped? Put away that Lady Smith 38. No need for pepper spray. Self-defense classes? Not necessary. The solution is simple. The best defense against rape is to just cast away your “deeply troubling” Christianity and become a secularist slut.

So goes the advice of one Katie McDonough, Salon.com assistant editor, fertile fount of millennial wisdom and – well – and whatever else.

In an article published at Salon Feb. 20 titled, “The right’s warped ‘purity’ culture: 4 ways evangelical views of sex took over America,” Ms. McDonough provides an unvarnished glimpse into the profligate mind of the postmodern “progressive.” (Yes, you read that right. Purity is warped and biblical sexual morality has taken over America.)

In what amounts to little more than an anti-Christian hit piece on Patrick Henry College – or “God’s Harvard” as the evidently prone-position-prone journo pejoratively pokes – Ms. McDonough says that it’s time for American women to reject all those biblically imposed “gender complementarian” norms and do away with our “toxic purity culture” once and for all. (Because, just look around. That dang ol’ toxic purity is everywhere. What America really needs is more debauchery.)

Christianity causes rape, McDonough asserts, warning us that we suffer a “convergence of rape culture (whatever that is) and evangelical culture.”

Get that? In this woman’s “progressive” mind, when the lady says, “I’m saving myself for marriage,” the bad guy hears, “Come and get it!” Still, Ms. McDonough does have this much right: It can’t be rape if you’re giving it away like peanuts on the plane.

She goes on: “While it may be tempting to draw a red line around Christian fundamentalist views on gender and sexuality to distinguish them from supposedly evolved ‘secular’ culture, there is considerable, uncomfortable overlap between the two.” (The cognitive dissonance: It hurts!)

So, if I’m understanding her right – and, admittedly, Ms. McDonough’s screed is borderline coherent – what she’s essentially claiming is that, when it comes to sex, both secular America and Christian America are really just one big ball of puritanical prudery.

In fairness, I suppose she could actually believe this. It’s all relative with the relativist. For the “anything goes”-type, Miley Cyrus may well be indistinguishable from the Virgin Mary. When you’re colorblind, everything looks kinda gray.

She continues: “Evangelical Christianity makes visible – through purity pledges and doctrine assigning women the role of man’s ‘helpmate’ – the norms and expectations about female virginity and subservience that so often remain hidden in the secular world.” (Ooh. Loves me some man-hate.)

So, get it? Purity and virginity bad. Impurity and promiscuity good. I’ll give Ms. McDonough this: She calls it like she sees it.

She goes on to make the same tired “war on women” claim we’ve heard so much of lately, warning the would-be chaste that biblical sexual morality is really “only about reproduction and male entitlement.”

McDonough’s advice? Girls, give away that milk now, ya hear! (To which the frisky-frat-boy “bro-choice” choir sings: “Amen!” Hey, “pro-choice” gals, you do know that most “pro-choice” guys only support your so-called “abortion rights” so that you’ll put out, right?)

Secular-”progressives” like McDonough have been working to deconstruct traditional sexual morality for generations. And today – more than at any point in history – they’re having success in spades. Despite her wincey whines to the contrary, Ms. McDonough knows this to be true.

And so do you.

The goal is to impose – under penalty of law – the left’s own moral relativist, sexual anarchist worldview. Hence, we see a flood of unelected liberal judges, for instance, arbitrarily ramming counterfeit “gay marriage” down the throats of millions of Americans, complete with the threat that Christians either join the delusion – and pretend that sin-centered “same-sex marriage” is real and right – or suffer the consequences.

Another example is Obamacare’s despotic HHS abortion mandate that unconstitutionally requires Christian organizations to cast aside millennia-old church doctrine and get with the postmodern, pro-abort program.

All of which makes McDonough’s central declaration her most ludicrous: “[O]ne point remains clear,” she proclaims. “Conservatives want to enshrine religiously defined norms about sexuality into law.”

No, Ms. McDonough. The only people “enshrining sexuality” into law are “progressive” social engineers like Barack Obama, Justice Anthony Kennedy and the rest of you godless lefties – hell-bent on taking the screws to America.

Now that is “rape culture.”

Matt Barber
Matt Barber is the founder and editor-in-chief of Barbwire.com. Matt is not only an author, columnist, and cultural analyst, but he is a Christian pro-family attorney concentrating in...
Full bio and more from Matt Barber
b
a
x
r