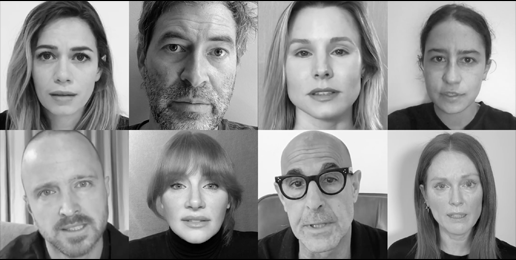 I had awarded Minneapolis mayor Jacob Frey the award for Most Cringeworthy Performative Act/photo op of 2020 for his fake body-wracking sobbing while kneeling at George Floyd’s casket. Frey’s performative act/photo op topped even that of the genuflecting congressional thespians adorned in culturally appropriated African kente-clothe scarves led by prayer warrior Nancy Pelosi. 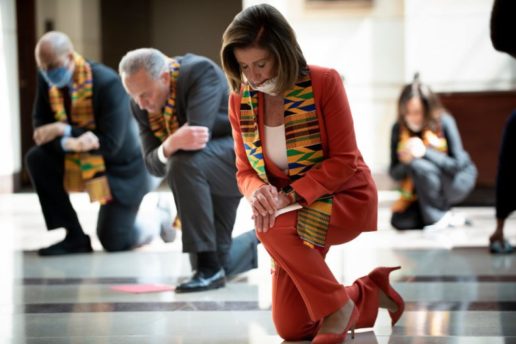 You might want to take some Zofran 30 minutes before watching this:

But now I must rescind the award and give it to the dozen apparently racist celebrities publicly confessing and self-flagellating before the Black Lives Matter Crusaders for their collective, systemic white transgressions.

In melodramatically somber tones, lesbian Sarah Paulson, Aaron Paul, bisexual Kesha (formerly Ke$ha), Bethany Joy Lenz, Kristen Bell, Justin Theroux,  Debra Messing, Mark Duplass, Bryce Dallas Howard (Ron Howard’s daughter), Julianne Moore, Piper Perabo, Stanley Tucci, Ilana Glazer, and gymnast Aly Raisman are taking responsibility for “every unchecked moment, for every time it was easier to ignore than to call it out for what it was, for every not-so-funny joke, every unfair stereotype, every blatant injustice, no matter how big or small, every time” they “remained silent,” and “every time” they “explained away police brutality, or turned a blind eye.”

Are they really responsible for every not-so-funny joke, unfair stereotype, and blatant injustice in the world? Did all twelve of them really explain away police brutality? If that’s true, they have a lot to atone for.

The moralizers/offenders identify what they see from their snazzy digs:

No disagreement. Is there anyone in America who believes black people should be slaughtered in the streets, killed in their own homes, killed while playing video games with their relatives, or killed while shopping?

But is there a pervasive problem with black people being slaughtered in the streets, killed in their own homes, or murdered while shopping? Well, yes, there is, but the slaughtering of blacks—including innocent children sitting on their porches, sleeping in their beds, and walking home from school—is being committed primarily by young black men raised without fathers.

Here are some data from scholar Heather MacDonald that the celebrity social justice warriors may want to consider:

However sickening the video of Floyd’s arrest, it isn’t representative of the 375 million annual contacts that police officers have with civilians. A solid body of evidence finds no structural bias in the criminal-justice system with regard to arrests, prosecution or sentencing. Crime and suspect behavior, not race, determine most police actions.

In 2019 police officers fatally shot 1,004 people, most of whom were armed or otherwise dangerous. African-Americans were about a quarter of those killed by cops last year (235), a ratio that has remained stable since 2015. That share of black victims is less than what the black crime rate would predict, since police shootings are a function of how often officers encounter armed and violent suspects. In 2018, the latest year for which such data have been published, African-Americans made up 53% of known homicide offenders in the U.S. and commit about 60% of robberies, though they are 13% of the population.

The police fatally shot nine unarmed blacks and 19 unarmed whites in 2019, according to a Washington Post database, down from 38 and 32, respectively, in 2015. The Post defines “unarmed” broadly to include such cases as a suspect in Newark, N.J., who had a loaded handgun in his car during a police chase. In 2018 there were 7,407 black homicide victims. Assuming a comparable number of victims last year, those nine unarmed black victims of police shootings represent 0.1% of all African-Americans killed in 2019. By contrast, a police officer is 18½ times more likely to be killed by a black male than an unarmed black male is to be killed by a police officer.

On Memorial Day weekend in Chicago alone, 10 African-Americans were killed in drive-by shootings. Such routine violence has continued—a 72-year-old Chicago man shot in the face on May 29 by a gunman who fired about a dozen shots into a residence; two 19-year-old women on the South Side shot to death as they sat in a parked car a few hours earlier; a 16-year-old boy fatally stabbed with his own knife that same day. This past weekend, 80 Chicagoans were shot in drive-by shootings, 21 fatally, the victims overwhelmingly black. Police shootings are not the reason that blacks die of homicide at eight times the rate of whites and Hispanics combined; criminal violence is. …

A 2015 Justice Department analysis of the Philadelphia Police Department found that white police officers were less likely than black or Hispanic officers to shoot unarmed black suspects. Research by Harvard economist Roland G. Fryer Jr. also found no evidence of racial discrimination in shootings. Any evidence to the contrary fails to take into account crime rates and civilian behavior before and during interactions with police.

What other icky cultural manifestations of kowtowing to the destructive Marxist ideologies of BLM and Antifa fascists are emerging? Here are a few:

There will be no opting out of the Black Lives Matter movement. You’re either for BLM or against it—and if you’re against it, you’re a racist. You will either support BLM publicly and enthusiastically, or you will be harassed, shunned, and shamed out of mainstream America. If you dare to speak a word against BLM, you will be targeted, mobbed, and probably fired. 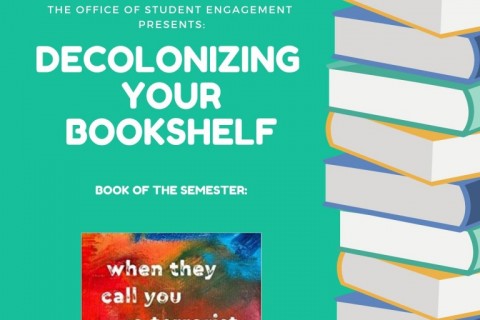 We just put our American flag up at our house. I think it’s going to stay up for a while. I am deeply thankful to live in America where “We hold these truths to be self-evident, that all men are created equal, that they are endowed by their Creator with certain unalienable Rights, that among these are Life, Liberty and the pursuit of Happiness,” and where our forefathers wrote, “We the People of the United States, in Order to form a more perfect Union, establish Justice, insure domestic Tranquility, provide for the common defence, promote the general Welfare, and secure the Blessings of Liberty to ourselves and our Posterity, do ordain and establish this Constitution for the United States of America.”

This is a remarkable country built on principles that enable it to become “a more perfect Union” as long as we remember the Creator who endowed us with Rights. Without a Creator, there exist no unalienable Rights. Without a Creator, there exist no transcendent truths, no moral absolutes. Un-created human lives don’t matter. Un-created humans create and inhabit a world of highly intelligent dogs eating dogs.

I hope Christians who, in the face of slander, hostility, and threats, offer feeble, vapid defenses of their silence on issues that both culture and Scripture address realize that 1. We the people are the government, 2. Children are watching as parents model cowardice and rationalization, and 3. Silent capitulators are feeding the behemoth that will devour their children’s and grandchildren’s hearts, minds, liberty, and maybe their bodies.

But by all means continue. Take up your crosses daily, and hide them in the basement.