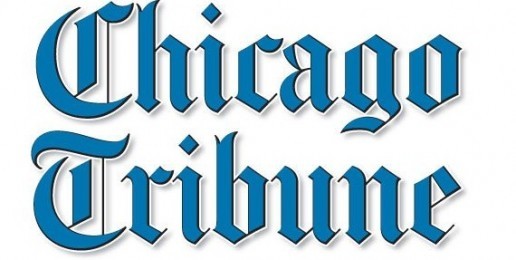 Higgins Responds to Tribune’s “Transgender” Stories — You Can Too
Written By Laurie Higgins   |   12.19.11
PRINT

Today, Monday, December 19, 2011, the Chicago Tribune included not one, but three articles (click HERE,HERE, and HERE) on “transgenderism” by Rex Huppke, their designated proselyte for “progressive” views of homosexuality and Gender Identity Disorder (GID). (In the Diagnostic and Statistical Manual of Mental Disorders, the American Psychiatric Association uses the term Gender Identity Disorder to designate the phenomenon that Huppke refers to as “transgender issues.”)

In response to these articles, I sent this brief letter to Mr. Huppke and to the Tribune editorial board:

Apparently, you didn’t solicit any comments from either public policy organizations or mental health professionals who hold different views on the nature of Gender Identity Disorder, the morality of cross-dressing, or the ethics of “sex reassignment” surgery. The absence of any substantive exposition of dissenting views is particularly notable in light of two articles written by psychiatrist Dr. Keith Ablow that lit up the blogosphere, particularly among those who identify as homosexual and transgender. (Read Dr. Ablow’s articles HERE and HERE.)

It would have been illuminating to interview some theologians and philosophers on the nature of reality. For example, is “reality” merely a construct of our minds or our subjective feelings, or does an objective reality exist?

Another interesting question concerns allowing people to change their birth certificates: Does such an act make the state complicit in fraud?

Or, what evidence do you have for your clear implication that “discrimination” is the cause of the the increased risk of suicidal ideation among those who experience Gender Identity Disorder. And what do you mean when you use the word “discrimination”? Do all expressions of moral disapproval of behavior constitute illegitimate “discrimination” or just those with which you disagree?

But alas, it’s abundantly clear that your mission is not to report or discuss, but to exploit your position as a journalist to write an extended apologetic for your personal moral, philosophical, and political views, painted over with a rhetorical patina of neutrality.

What is equally troubling is that your bosses find this acceptable.

Send email complaints to the Tribune editorial board about Mr. Huppke’s lack of balance and failure to present views from mental health professionals who hold different views on the nature of Gender Identity Disorder, the morality of cross-dressing, or the ethics of “sex reassignment” surgery.