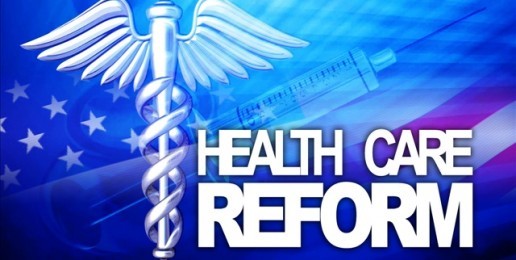 Health Care Reform Law: Medicare & Services To Seniors To Take Huge Hit: Why did Mainstream Media Ignore Facts About What’s In The Bill?
Written By   |   04.09.10
PRINT

Whether one is a Republican, Democrat or Independent, it was clear over 55% of the American people were against the recently passed health care reform bill. As Americans learn about what’s actually in the bill–passed by the U.S. House of Representatives on Sunday, March 21, 2010 and signed into law by President Barack Obama on Tuesday, March 23rd–these numbers will increase.

Unfortunately, the mainstream media did not adequately or, in some cases, even attempt to address the issues within the bill before its passage into law. Putting aside the philosophical debate whether health care coverage is a Constitutional “right” that should be provided to all Americans, [See David E. Smith’s article] it is clear the mainstream media either did not know what was in the bill or intentionally practiced the art of omission concerning this new law’s content and how it would impact all Americans.

In fact, the establishment press is still touting comprehensive health care reform as an “historic” law that will provide insurance plans for the estimated 30 million Americans who are currently without health care insurance–whether they want it or not.

Besides the quality of America’s health care delivery system, by far, one of the biggest losers–as the law now stands–will be senior citizens because the health care reform legislation calls for $500 billion worth of cuts in Medicare’s budget over the next ten years.

Companies which provide medical equipment, including artificial heart valves, hips, knees, motorized wheel chairs, and other services and technology previously covered by Medicare will be heavily taxed with increases of up to 20%. This will clearly result in government panels, consisting of bureaucrats, who will eventually decide which seniors will be eligible for these services and products. Many of these decisions will not be dependent upon the consultation of physicians. In essence, the government will determine who is–and is not–eligible for Medicare-approved services. Also targeted for decreased funding under Medicare are programs, including hospice care, home health care and payments to psychiatric hospitals which provide services to the elderly.

For a moment, let’s put aside how the cuts to Medicare will affect seniors. The big lie–concerning what some say will result in the eventual government takeover of one-sixth of the American economy–was that health care costs would actually be reduced, even though 30 million Americans who do not currently carry medical insurance would be added to the system. Employers and health insurance companies will have to foot the bill for this new entitlement. Common sense dictates these costs will eventually be passed along to the public. The greatest impact on the private sector will be the increase, not the decrease, in insurance premiums which will have to be levied against policy holders.

Most Americans did not buy into the foolish notion that health care reform would actually reduce health care costs and would be a money-saver for the U.S. economy in the long run–even though that’s how proponents promoted health care reform. In essence, every American will now have health care coverage. However, common sense dictates we cannot provide insurance coverage to 30 million people and expect the costs to private companies or the government itself to go down. It was–and still is–a ridiculous premise. Recently, huge corporations, including AT&T, Verizon, John Deere and Caterpillar released estimates on how much compliance to health care reform legislation would mean to their bottom lines. For example, AT&T, the nation’s largest communications provider, projected losses of over $1 billion for complying with the law’s guidelines during the first year health care reform will take effect. [See: John Deere, Caterpillar, Verizon Announce Rise in Health-Care Costs After Obamacare Passage by Mary Katharine Ham:http://www.weeklystandard.com/blogs/john-deere-caterpillar-verizon-announce-rise-health-care-costs-after-obamacare-passage]

Here is the operative question which must be asked of the dominant media whose responsibility was–and is–to inform Americans as to what this new law will mean to us all: Did you know what was in the bill and, if not, why?