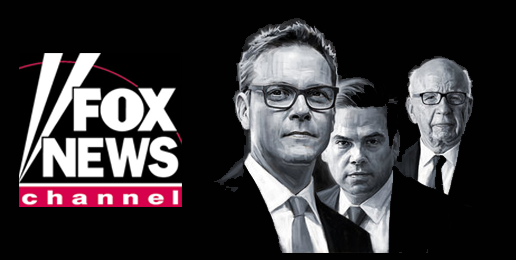 Those with ears to hear fear it’s coming. They fear the impending death of FOX News as a voice for conservatism. They see FOX gasping for air in its miasmic studio spaces, but they fear too little life-sustaining air remains. Retaining conservative views on defense and fiscal policy cannot sustain either the health of a political party or the soundness of political punditry.

Although there have long been troubling signs, it was first Bret Baier’s and then Tucker Carlson’s references to objectively, immutably male persons by female pronouns that signaled that perhaps FOX News is too far gone. What some argue is a triviality—that is, grammatically incorrect pronoun use—is in reality momentous. If FOX News show anchors and commentators start using politically correct, grammatically incorrect pronouns it will signal that they have lost either their moral compasses or their countercultural courage or both. And it has been these values that enabled FOX News to thrive in the midst of cultural collapse.

For quite some time, FOX political commentators have either studiously avoided addressing matters related to homosexuality or “trans”-cultism or have addressed them in a pallid, opinion-free way that thinly cloaks itself in the pseudo-nobility of “neutrality.” But using female pronouns to refer to objectively male persons is a leap down from impartiality into the pit of “progressive” partisanship. It signals a cowardly capitulation to the dogmatic rhetorical diktats of sexuality anarchists.

Do Carlson and Baier rationalize their emasculated acquiescence by telling themselves that pronouns are only insignificant parts of speech or that referring to men who pretend to be women by opposite-sex pronouns is a matter of compassion or civility? Or in the privacy of their homes, do they confess to their wives that the motive for their complicity in rhetorical fraud is their all too human but still indefensible desire to keep their well-paying jobs? Is it cravenness, foolishness, or venality that impels their capitulation?

While florists, bakers, photographers, and calligraphers with far less resources risk everything in the service of truth, will Baier and Carlson sell their souls for a mess of pottage? Okay, maybe not their souls, but surely their integrity.

When will conservatives understand what Leftists understand, which is that language matters? Have conservatives not read George Orwell? Orwell warned against what he deemed Newspeak, which is exactly what politically-correct pronouns for biological sex-rejecting persons constitute:

The purpose of Newspeak was not only to provide a medium of expression for the world-view and mental habits proper to the devotees of IngSoc, but to make all other modes of thought impossible. It was intended that when Newspeak had been adopted once and for all…a heretical thought…should be literally unthinkable, at least so far as thought is dependent on words. Its vocabulary was so constructed as to give exact and often very subtle expression to every meaning that a Party member could properly wish to express, while excluding all other meaning and also the possibility of arriving at them by indirect methods. This was done partly by the invention of new words, but chiefly by eliminating undesirable words and stripping such words as remained of unorthodox meanings, and so far as possible of all secondary meaning whatever….

Integrity and wisdom are precious commodities these days, certainly not found often on television—not even on FOX News. The situation is going to get only worse now that Rupert Murdoch’s sons Lachlan and James have taken over the reins. Sure, they’re mopping out the lecherous serial harassers of women, but they’re cleaning house with dirty water. Swish, out goes boorishness. Back-swish, in comes Newspeak.

In a profile of the Murdoch men, the New York Times reported that last fall at FOX broadcast network, “James and Lachlan introduced additional benefits, including…vastly enhanced reproductive coverage for women and ‘expanded coverage for our transgender colleagues.’” Do the Murdoch brothers’ efforts to facilitate their colleagues’ quest to conceal their actual sex end with medical insurance or do their efforts include requiring Newspeak at FOX News?

The New York Times piece explains that “James and his progressive-minded wife, Kathryn, have long been embarrassed by certain elements of Fox News.” Maybe their embarrassment, informed by “progressivism” as it appears it to be, will accelerate the pace of Leftward-leaning changes already taking root at FOX:

“The brothers have even shaken up 21st Century Fox’s profile in Washington, replacing their father’s Republican lobbying chief with a Democratic one. One Hollywood friend equated their mind-set to moving into an outdated house and looking for wood rot.”

I’m all for getting rid of wood rot, but I suspect the Murdoch boys have redefined “rot.” Good things like recognizing the human species as sexually binary and marriage as an intrinsically sexually complementary institution are likely now considered wood rot.

In addition to Baier’s and Carlson’s troubling  use of Newspeak, there are the gaseous exhalations of homosexual FOX host Shepard Smith who never misses an opportunity to make snide remarks about conservative beliefs on homosexuality, thereby poisoning his reporting. While not as overtly and relentlessly in the tank for homoeroticism as Smith, other former and current FOX stars, including Megyn Kelly, Bill O’Reilly, Eric Bolling, Dana Perino, Greg Gutfeld, and Kimberley Guilfoyle, have expressed their support for the legal recognition of homoerotic unions as “marriages.” And those whom the public suspects still hold conservative views on matters related to homosexuality or gender dysphoria, like Sean Hannity, rarely address the issues and almost never offer substantive and hearty defenses of conservative positions as they do on fiscal or defense issues.

All is not yet lost, however. On Monday night, Carlson managed to avoid using female pronouns when talking about his guest “Caitlyn” Jenner. And Carlson did press Jenner—albeit just a little with his pinky finger—asking him, “Do you think it’s possible for people of good will, people of faith, people of generous spirits to be confused at least, or baffled and say ‘I’m not exactly sure I understand this’ and still be good people?”

But Carlson’s question is problematic in that it implies that opposition to “trans”-cultic assumptions is driven by confusion or bafflement rather than truth. And Carlson never confronted “trans”-activist Jenner the way he confronts other guests who hold inane views. For example, why didn’t he ask Jenner, who now has a spanking new birth certificate that identifies his gender at birth as female, if he should relinquish his Olympic decathlon gold medal since he claims he has always been female. Either his birth certificate is fraudulent or his Olympic participation as a male was. Both cannot be true.

Hope springs eternal that FOX will one day soon hire some true conservative commentators who are smart, wise, and courageous enough to offer full-bodied, unashamed, articulate, intelligent defenses of conservative positions on issues related to homosexuality and who will invite guests with more to offer than Jenner–people like Ryan Anderson, Michael L. Brown, Anthony Esolen, Robert George, Jennifer Roback  Morse, and Doug Wilson.  Boy oh boy would I like to see those interviews. They would provide the fresh air FOX needs and its viewers deserve.

SPLC’s Slur Against and Apology-ish to Dr. Ben Carson
b
a
x
r